Very quickly, I've been meaning to post this for a couple of days now, but I have been really scatter-brained.... Another quick prayer request... As you all know, my girls are having a massive round of tests done tomorrow for their one month birthdays. While you are saying your prayers for my girls, If you wouldn't mine throwing in a quick prayer for my friend Jody, I would appreciate it. Jody is/was a major part of my support system during our whole pregnancy. We met on a message board through webmd.com. Her situation regarding infertility & her triplet loss has been pretty much identical to ours. Jody will be 25 weeks pregnant with two boys on Tuesday. She is currently in the hospital with a thinning cervix and is having contractions. Please pray for her continued strength and that she is able to keep her little men (Derek Leo & David Richard) cooking for a few more weeks. As we know all too well....Even a few days in utero makes a world of difference!!!
Today we celebrated my first Mother's Day! We started with brunch down town at Adobo Grill which was great. If you have never been there we highly recommend it! They have the best guacamole! Then we visited the girls. They got me my Vera Bradley diaper bag that I wanted, some flip flops & a card. Oh, and 13 lottery tickets. 13 is now our lucky number because the girls were born on the 13Th. Unfortunately, none of the lottery tickets amounted to much but it was the thought that counts.
The big news with the girls today is that ALEXIS IS NOW OFF HER C-PAP!!!! She was cracking me up today.... As I mentioned in yesterday's post, we asked the nurse if we could put the girls in clothes today for pictures. The respiratory therapist (RT) suggested that if we were going to take off her c-pap for pictures that we might as well try her again without it. The minute the RT took it off her c-pap she let out a huge sigh as if she was saying..."YES, it's gone! I hate that thing". We are hoping that she continues to thrive without it and can stay on the nasal cannula. She also had her first experience with a pacifier today. Shockingly she loved it! She took to it right away and appeared to be seriously chomping on it. She was so cute the way she held it in her mouth herself. See the below pictures. 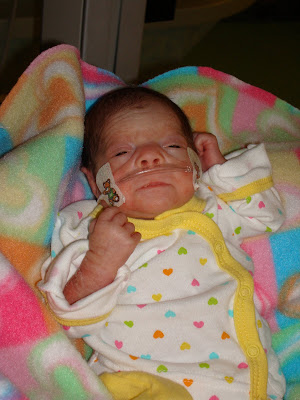 The above picture is Alexis trying to figure out where her c-pap went & debating on whether or not she wants to open her eyes. 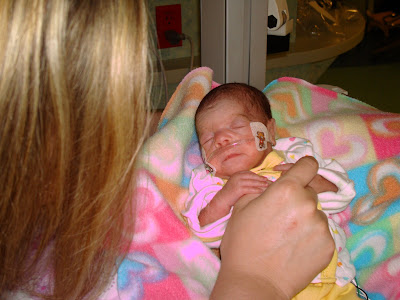 The above picture is Alexis & Mommy. She likes to hold hands or should I say "fingers". 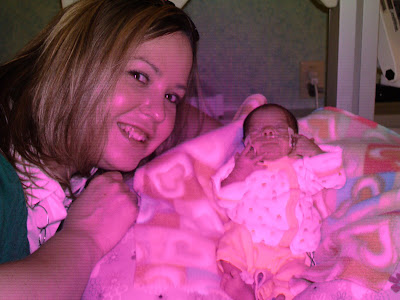 The above picture is Mommy and Alexis. (Again, the lighting in the nicu makes it difficult to get good pictures sometimes.) 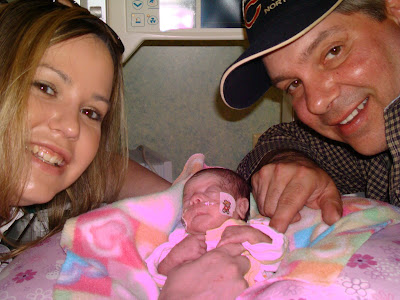 The Above picture is Mommy, Alexis and Daddy. 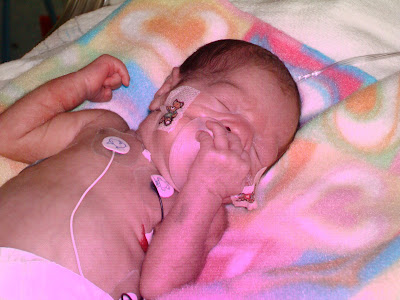 The above picture is Alexis hanging onto her pacifier.

She says "This picture taking stuff makes me sleepy!"

Today Addison pooped all over me. I'm not talking a little tiny poop either!! For being little tiny gals these girls have some massive diapers. While I was changing Addison today, she decided that she wasn't finished. Talk about projectile pooping! She did this three times. While Terry stood laughing at us, Liz (our favorite day nurse) and I cleaned her up and changed her bedding. Despite the fact that she made a huge mess, it was pretty comical actually. While some may think that this is strange, I love these little moments. Since the girls aren't home with us, we seriously cherish every minute we get to spend them. Below are pictures of Addison today in her clothes. 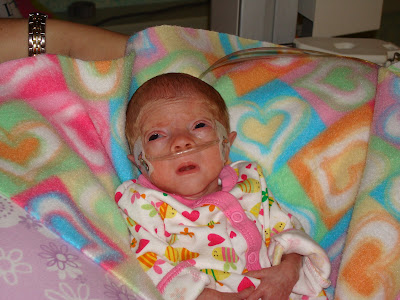 The above picture is Addison. I was talking to her. She listens so intently. I know that they say that their eyes are not developed enough yet to see us, but I don't believe it because she always looks right at me when I talk to her. 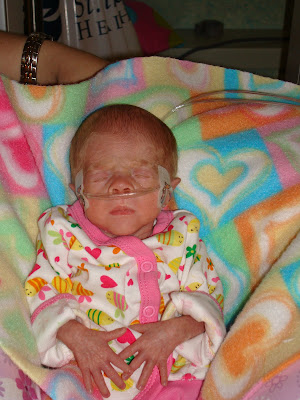 The above picture is Addison displaying her future piano playing fingers. This girl has some really long fingers. 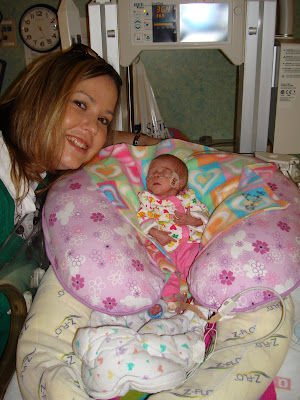 The above picture is Addison and her Mommy. 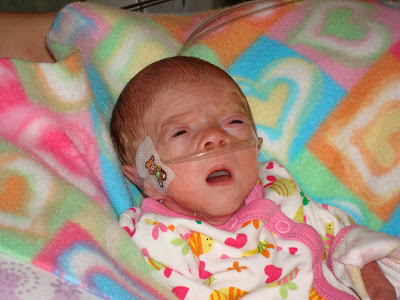 The above picture is Addison in the middle of a sneeze. A-choo! 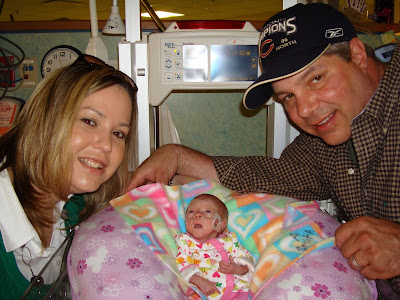 The above picture is Mommy, Addison & Daddy. She gets so excited when we open up her isolet that she just looks around checking everything out.

I hope everyone had/is having a GREAT Mother's Day. Mine has been one that I will never forget!!

Hope you had a great 1st Mothers Day! The girls look so good the are starting to look much chunkier! Good luck Monday we will being saying prayers for everybody!

Glad your Mother's Day was great. Your girls are so cute!

Happy Mother Day again!
The pictures are so adorable!
I love the the little clothes on them!
Love
Aunt Sandy!

Janet and Terry,
The girls are beautiful!

Congratulations on the beautiful pictures! And, Happy Mother's Day!!

Good luck on the scans today...