Please excuse my blogging absence.  I've been in kind of a funk lately and my blog has taken a backseat for a while.  I mentioned to Terry last night that I have a million photos on the camera that I need to download.  I told him that I needed to spend a little time in the office playing "catch up".  Addison then asked me why I needed to take the ketchup into the office?  Out of the mouth of babes, right?

We've been busy around our house trying to take in all the local holiday festivities that our town has to offer.  I plan to spend some time in the next week or so getting my blog up to date with a ton of photos.  I will leave you with a few photos from my phone today.....

An attempt to get a photo of all the cousins together on Thanksgiving!!  And yes, It was that warm that my kiddos are wearing skirts and some of the other kids are wearing shorts.
Left to right:  Georgia, Greta, Alexis, Amelia, Oliver, Addison and Lila

Doing a little Christmas shopping.  Addison had to stop and take a photo op with the zebra print hat she found.  She knows Aunt Sandy likes "zebra stuff".

Trimming the tree!  Saturday after Thanksgiving the girls help me put up the tree.  Shortly after they went to bed I re-decorated the tree.  They did a good job but being the control freak that I am....I just couldn't stand all 200 ornaments right next to each other.

Lately the girls have been wanting to "help".  They want to help cook, help do laundry, help with the dishes...just about anything.  I try to remember that even though their helping really technically doesn't help all that much....there will be days in the future that I will be begging for them to help me! 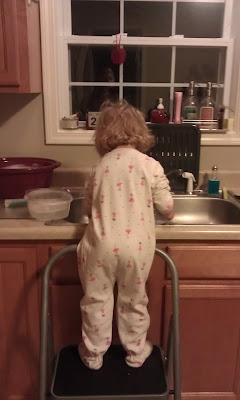 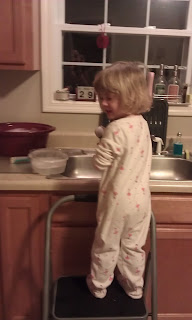 Addison helping with the dishes this evening.

Addison was washing dishes while Alexis and I were folding laundry.  After they went to bed, Daddy re-washed the dishes and I refolded the clothes.  :-) 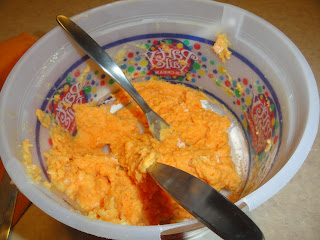 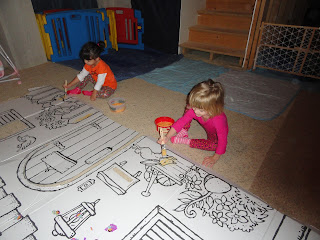 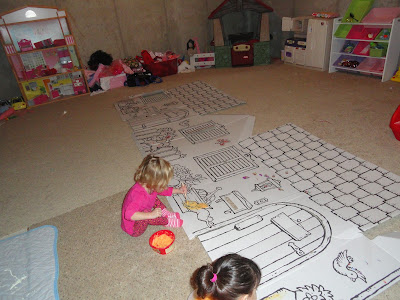 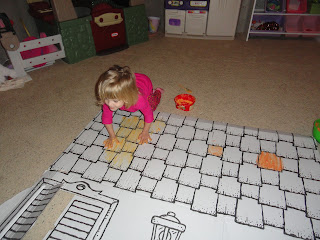 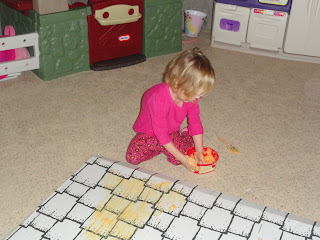 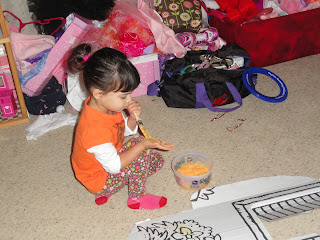 The weather the weekend of Sandy's wedding was gorgeous!  They seriously could not of asked for a better weekend to get hitched!  This is the last post about the wedding weekend...I promise!  :-)

Sunday afternoon Sandy and Mike met over at my parents house to open their gifts and count their loot!  My Mom made a small lunch spread but it was too beautiful to sit inside and eat.  We all decided to hang out outside on the picnic tables.  This also allowed for the kiddos to play and run around outside. 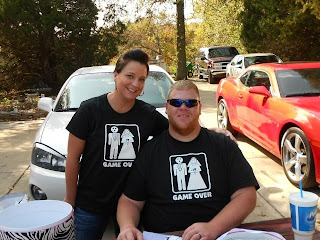 Love their "day after" shirts.

My girls did this with their Cousin Luke for hours.  Only to result in me having to run out and by some benadryl for Addison that night.  Her arms welted up with hives.  Nothing major, but the whole process of trying to buy benadryl in the meth capital of the world (my hometown) was enough to drive anyone crazy!

Monday's weather was not nearly as nice.  We had planned on going to a few local parks but the rain and storms that morning did not allow.  Later in the afternoon it did clear up for a couple of hours....just long enough for us to run off some excess energy.... 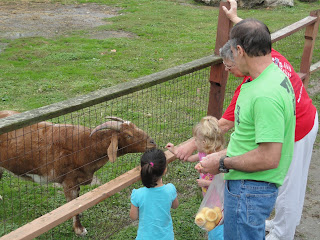 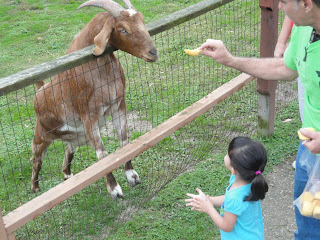 Alexis thought this goat was a riot! 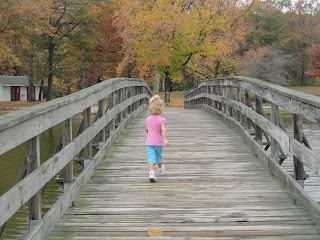 Love this photo!  The fall colors were so beautiful this weekend! 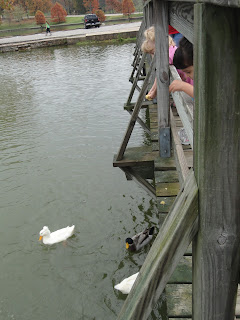 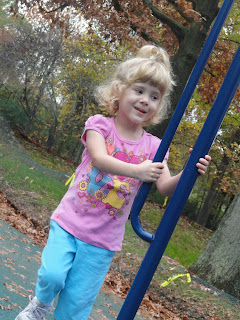 Playing on the playground! 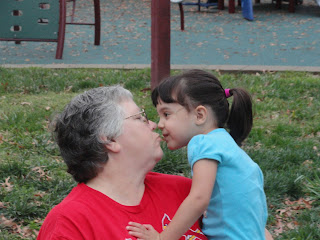 Getting kisses from Gramma! 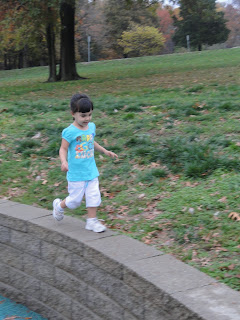 And for whatever reason they thought walking on this ledge was really fun!

We all had a great extended weekend but we were definitely ready to get back home and get back on our schedule.

Congrats again to Sandy and Mike!!!
Posted by Janet at 12:30 PM No comments:

People wonder why I say shopping without my two mini-me's is like a mini vacation......

Maybe this photo can provide some insight.

It's gettting more and more difficult to find room in the cart for my purchases. 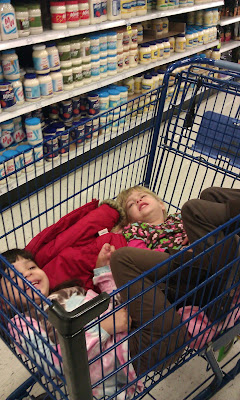 I love looking back at the photos we take every year of the girls.  It once again reminds me of how far they have come and how blessed we truly are.  Halloween 2008 was the day we got the phone call that confirmed we were officially pregnant.  I will never forget that day or the look on Terry's face.
*****

This year the girls were hot dog and ketchup.

A fellow preemie mommy asked me how we decided who was going to be what.  Alexis just kind of decided when the costumes were delivered that she was going to be the hot dog and luckily Addison went along with it.

My pictures this year aren't that great because my kiddos were so excited to get outside and say "trick or treat smell my feet".....yes, their Dad's influence, not mine!

Unfortunately, the weather on Halloween evening was very chilly.  We didn't stay out for too long.  Just long enough for the girls to tell me that their pumpkins were getting too heavy. 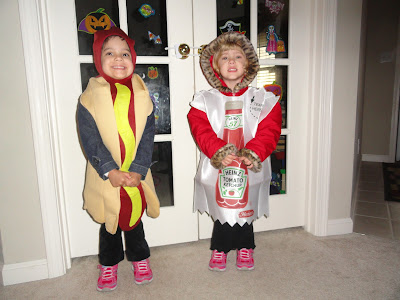 Getting ready to go outside! Barely able to stand still for this picture. 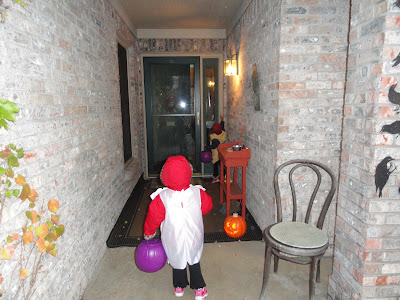 The girls were really into ringing the doorbells this year.  I was having trouble keeping track of whose turn it was to ring the bell. 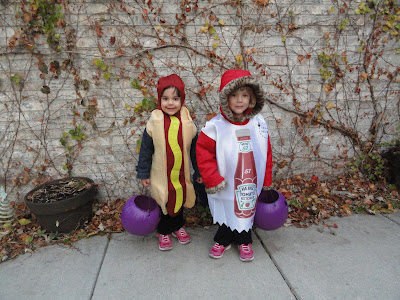