I recently saw some pictures that a friend of mine had done of her daughter at a professional photo studio.  They basically gave her daughter a plastic shaped heart and she began chewing on it and they snapped some pictures.  I thought to myself..... I can do this myself and off to Michael's I went.  I bought a few foam hearts and two larger than normal heart shaped cookie cutters.  Let me tell you, this was a bigger project than I orginally thought it would be.  The girls we so over having their pictures taken by the time it was done.  Here are a few of my favorites that didn't make the cut: 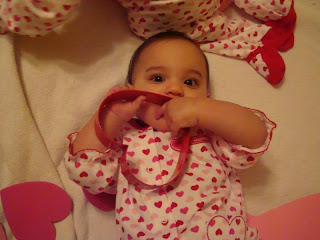 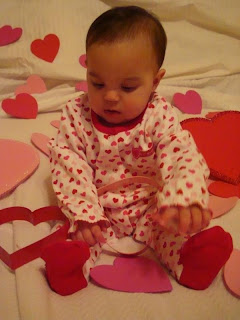 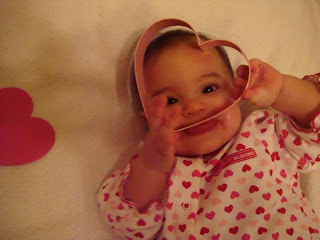 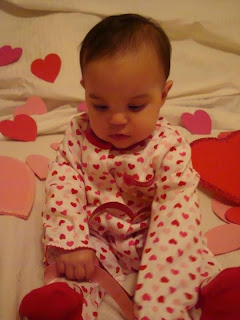 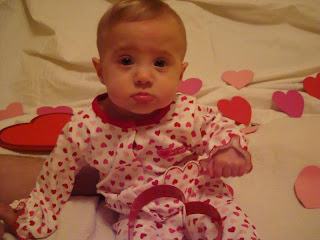 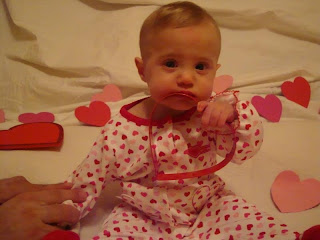 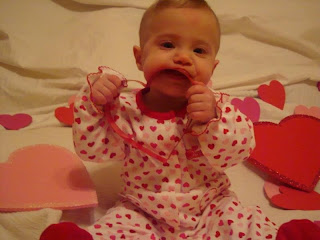 .
The above three pictures are of Addison. 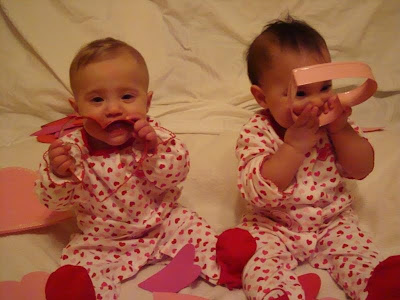 And the impossible.....getting a great picture of both girls sitting still at the same time.  This was much harder than I thought it would be!!!
Here is the final product.  Aren't my two little cupids adorable?  Sorry it didn't scan great but you get the idea of our finished Valentine's card.  Terry refers to Addison as Gene Simmons in this picture because she seriously has the longest tongue you have ever seen on a baby. 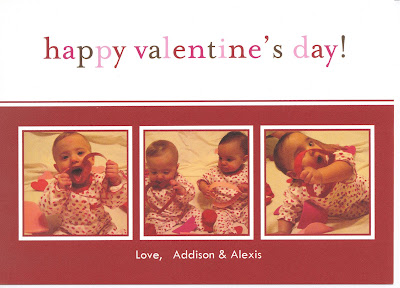 I used to do what I called "mommy photo studio". It would all start with a blanket covered boppy and some quickly chosen accessories. They were probably almost as good as the portrait studio ones! And I know I got more of them since I had more patience than a stranger would!