I'm trying to play catch up on my blogging.  I know a lot of you are waiting on the actual party pics, but I need to start where I left off before I get even more behind.  I hope to have the actual party posting up by the end of the week.
The weekend prior to the girl's birthday party was one of the most gorgeous weekends this year.  We played outside from almost sun up to sun down both Saturday and Sunday.  Saturday morning we played outside with bubbles and the girls played on their picnic table that Aunt Gretchen, Uncle Adam and their cousin's Greta and Amelia got for them for their first birthday.  This was the first time they have used this table.  Last summer they were too small to actually play with it. 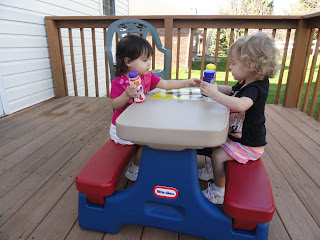 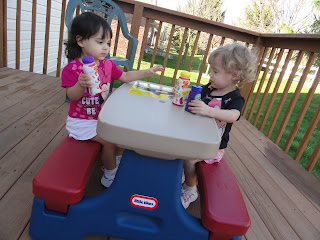 They really are sharing.  It was quite cute. 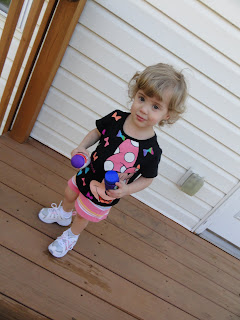 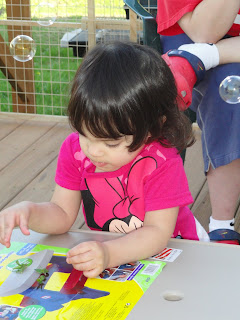 Alexis was infatuated with the sticker on the table.  She eventually pulled it all off. 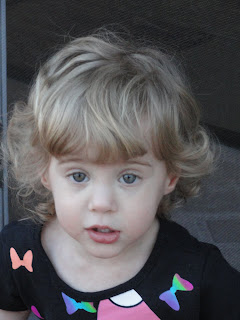 The longer we were outside, the curlier Addison's hair got.  Love what the humidity does to her curls!
*************
On Sunday the girls Ga Ga (grandma, aka Terry's Mom) brought over part of their birthday present so that Terry could put it together.  Terry built their play house while they were napping.  The girls absolutely love it!  Thanks guys! 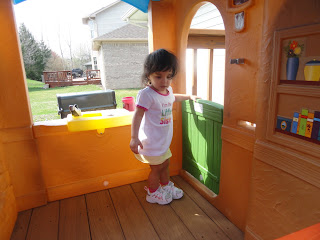 Alexis' first time in the house. 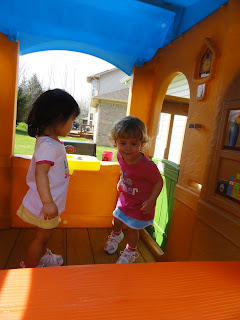 Addison's first time in the house. 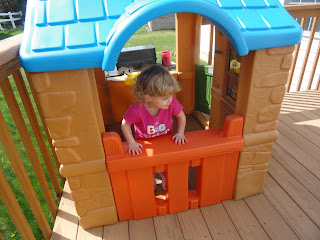 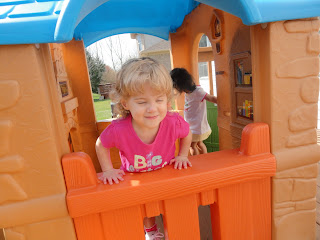 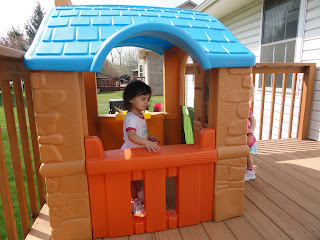 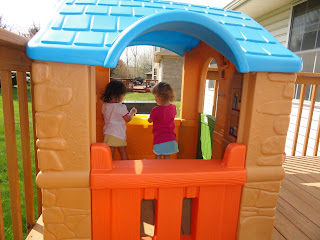 Pretending to "cook" on the stove. 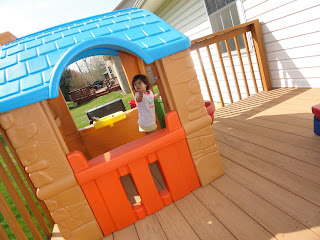 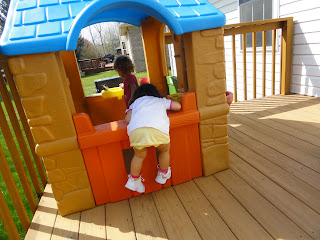 I think I've mentioned a time or two that she might be part monkey?? 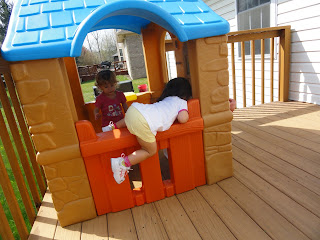 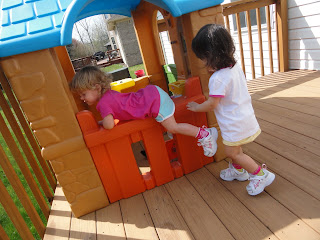 Alexis coaching Addison how to climb into the house rather than using the door.  She told her to "be careful sissy".  It was adorable.
***********************
While we were playing outside on Sunday we had a few visitors.  The girls had a great time throwing bread at the ducks.  They still look out our back door rather frequently to see if the "quack quacks" have come back. 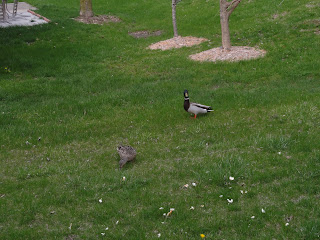 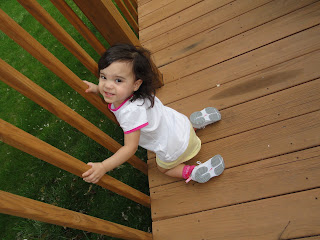 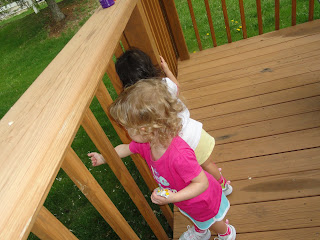 Once the quack quacks departed, Addison started to complain that she was hot and wanted to go inside to play.  Terry decided to let them color.  The coloring books and crayons were a small part of our birthday gifts to them.  Terry learned very quickly that crayons are only acceptable while either outside or strapped into a highchair.  Within minutes our ceramic tile entry way was colored with red markings as well as a few purple marks made their way onto the walls in our entryway.  Magic eraser is a wonderful thing, but I'm hoping Terry learned that crayons need to be supervised a little bit better!  :-) 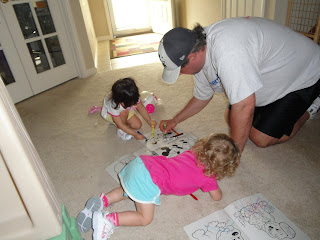 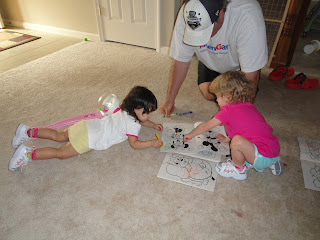 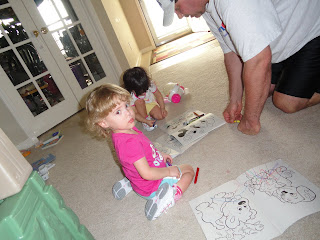 Can you tell it's getting close to bed time and little crabby pants was worn out from playing all day?
Posted by Janet at 11:44 AM

Addison's curls are so precious!

They are growing up so fast! Happy 2nd birthday to them. They will love that little house!