About a month ago, we went to a carnival at a local church here in town.  The girls had a great time riding some rides, enjoying yummy carnival food, and hanging out with their cousins.  Several times during our outing Alexis kept pointing to a large ball that was rolling on the grass.  She kept saying "I do it!  I do it!".  Being the overprotective Mom that I am, I brushed it off.  But once again as we were getting ready to leave she kept asking to do it.  We proceeded over to check it out.  I had never seen the human hamster ball before, but the girls LOVED it!!  The concept is that you run inside the ball pushing the walls, making the ball roll.  Due to the fact my kiddos are so tiny, we had to help them by walking along side of them and pushing the ball.  They seriously had so much fun!  Here are a few pictures: 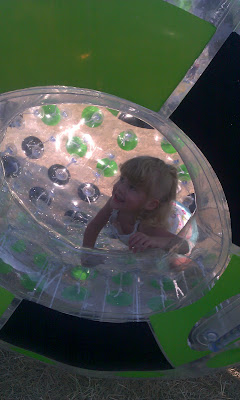 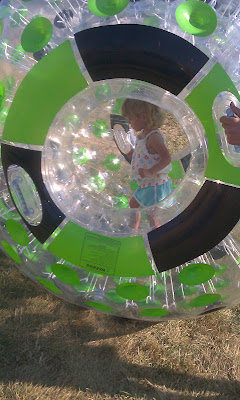 Above two:  Addison in the hamster ball. 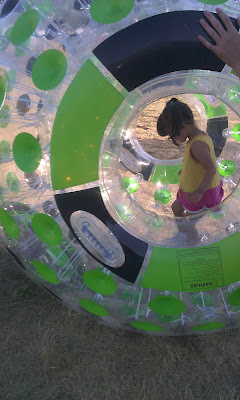 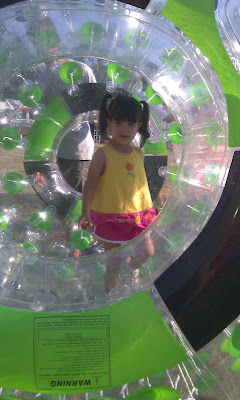 Above two:  Alexis so carefully walking in the ball.
After the carnival we went out to dinner with Terry's family.  The girls seriously chowed down on some butter noodles....One of their favorite foods at the moment. 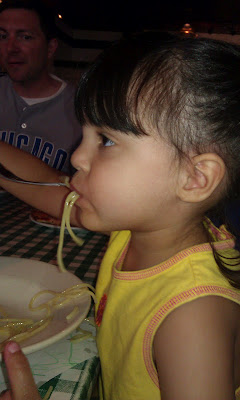 Addison would not allow her picture to be taken while eating her "sketti". 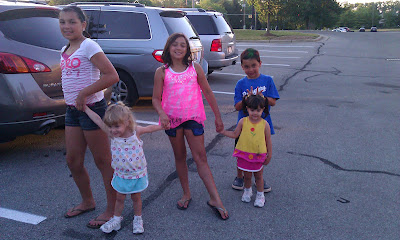