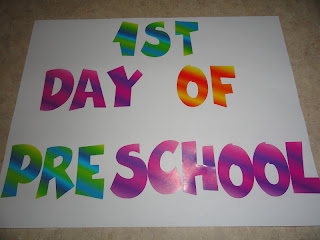 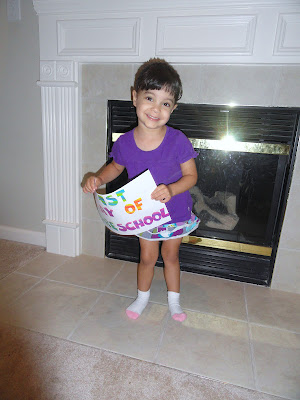 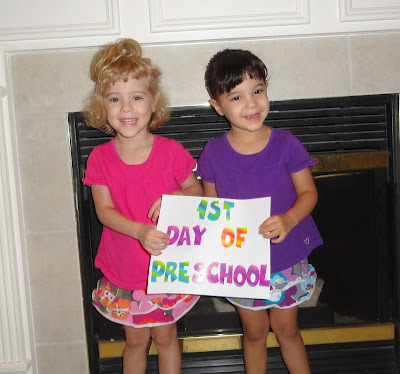 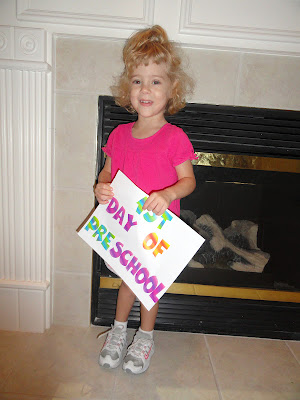 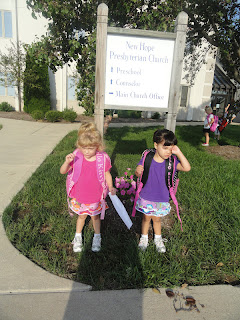 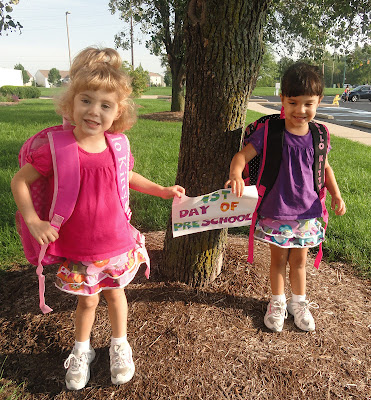 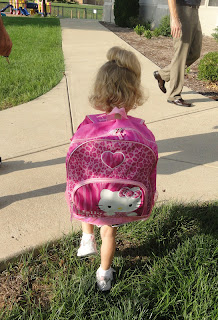 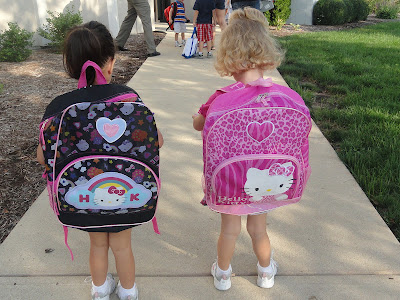 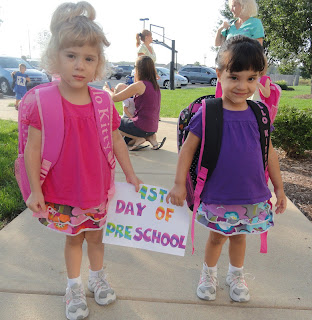 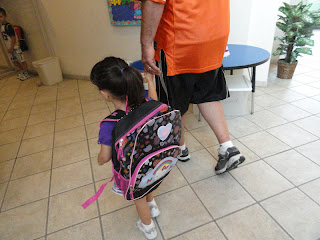 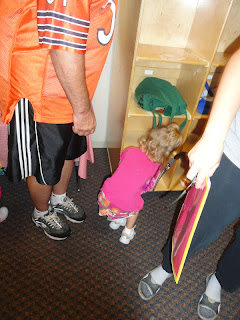 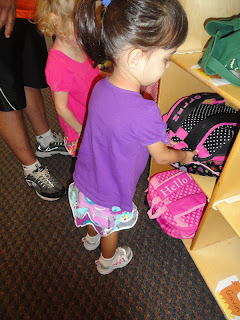 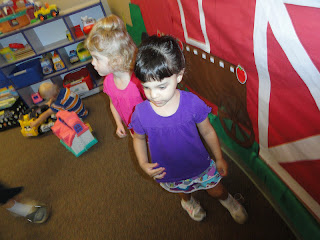 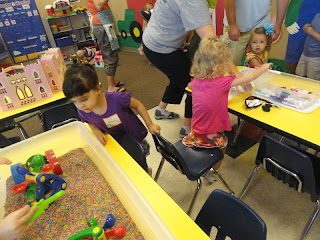 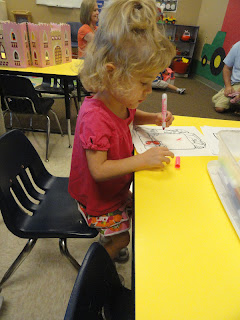 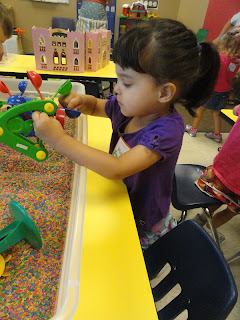 My tiny babies are getting so big.  I still get teary eyed thinking about them going off to school by themselves.
Posted by Janet at 10:29 AM

Those pictures are precious! I so wish our girls could get together and play - they'd have a blast!

Hey Janet...Looks like we are experiencing the same milestones.... THanks for all of your comments and visits to my blog..Your girls are about as differnt looking as my twin boys are. Nothing the same except for their birthdates huh......

They're so sweet! I got teary-eyed sending my 6yo twin girls off to 1st grade, so good job for holding it together, momma!

Visiting you from Multiples & More.