Yes, you read that title correctly!  1st Day of Kindergarten!!! Wednesday, August 13th, 2014.  My how time has flown by!!!  This post might be a little excessive with details but I have several things I want to document for my own memory.

For weeks the girl's have been super excited and have been talking a bunch about kindergarten.  We prepped with getting haircuts, a new outfit, a few new pairs of shoes, back packs and lunch boxes.  They were super stoked!

The girls have to catch the bus by 8:15.  Normally they don't even get up until 8:15-8:30ish, so I knew this was going to be a big transition for all of us.  About a week before school, we started going to bed slightly earlier and getting up 15 minutes earlier each day.  Regardless, the girls were still really sleepy when I woke them up.

The girls got on their dresses (that they picked out themselves) and we proceeded to get breakfast, brush teeth, fix hair and get our shoes on. 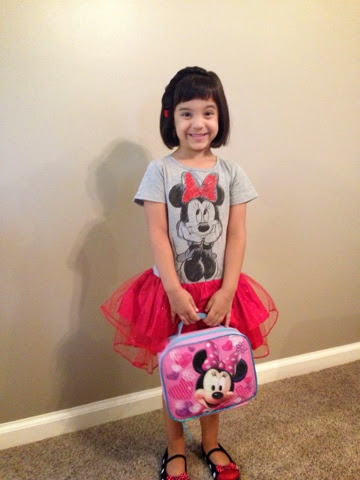 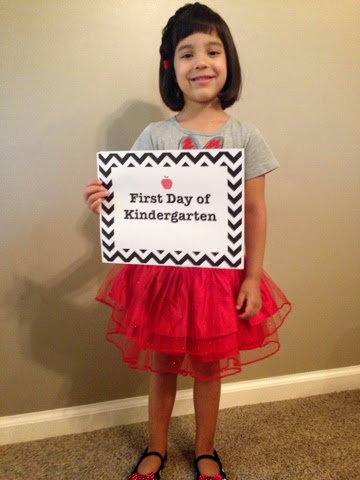 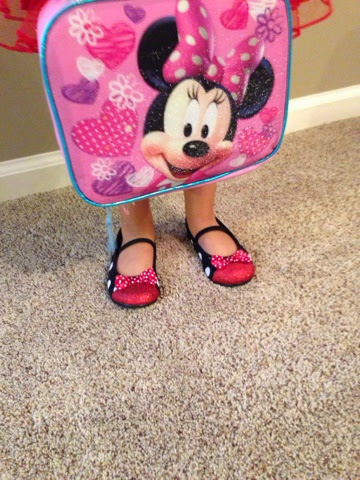 The girls were pretty excited to pick out clothing that all matched.  We purchased their lunch boxes after I went on an all out shopping frenzy to find "frozen" lunch boxes.  I failed so Alexis picked out a Minnie Mouse lunch box.  She then picked out a Minnie dress and matching Minnie shoes.  This was all her idea.  And then Addison had to follow suit! 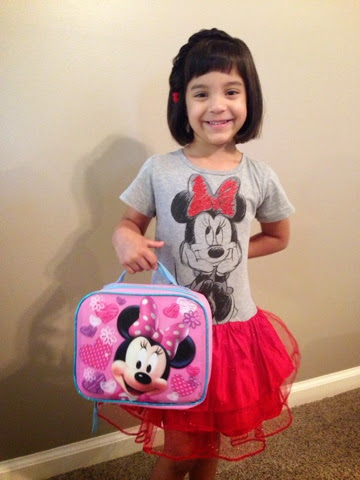 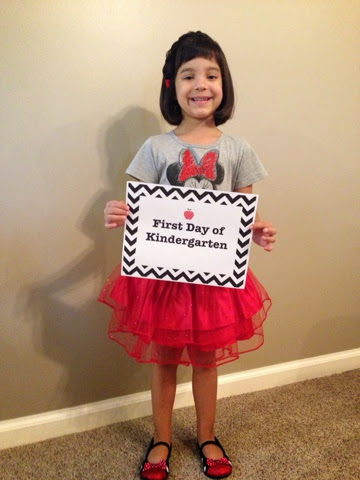 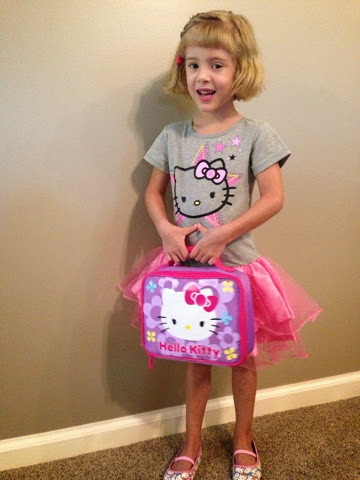 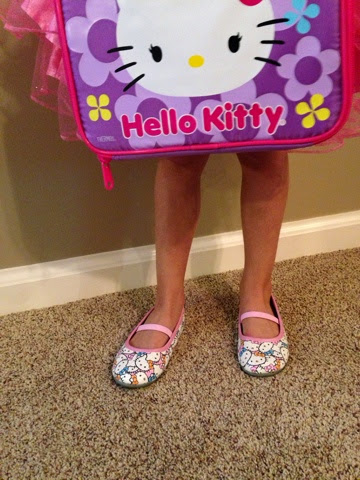 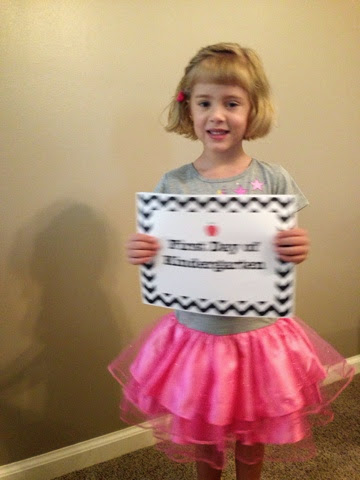 I hate that this one is blurry.  I have others on the "real" camera that I still can not download due to our house STILL being under construction. (That post for another time, I promise I will get to it soon!)  They girls were still very sleepy and didn't really want to oblige for photos. 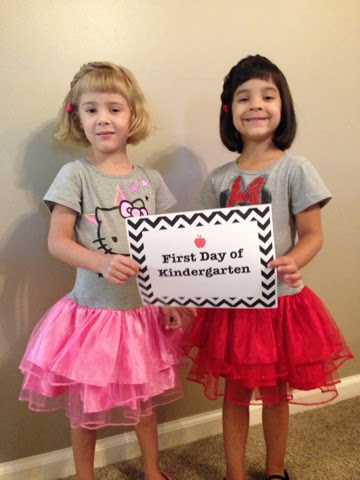 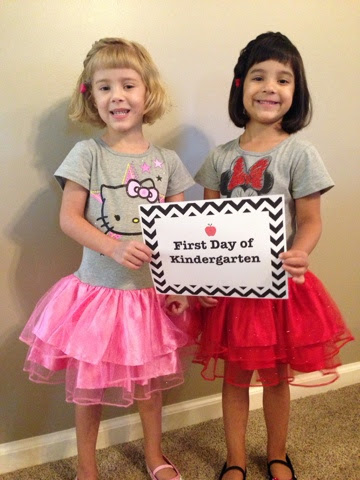 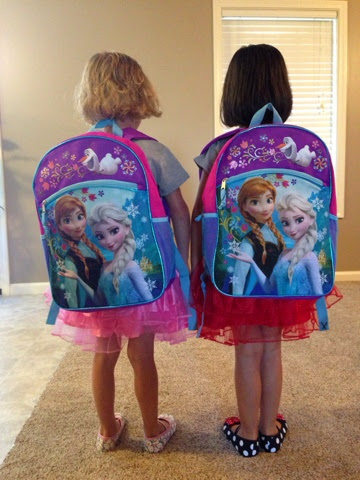 I really did search EVERYWHERE to find Frozen backpacks and lunch boxes.  I finally found the backpacks but I'm still kinda bummed I couldn't find the lunch carrier. 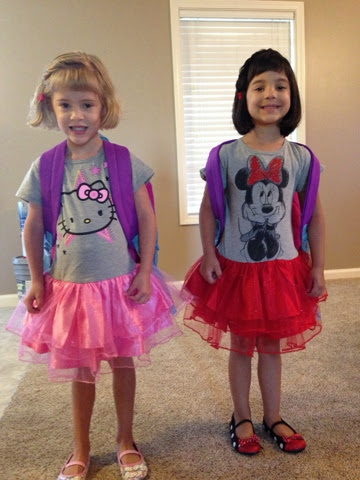 Ready to head outside!!! 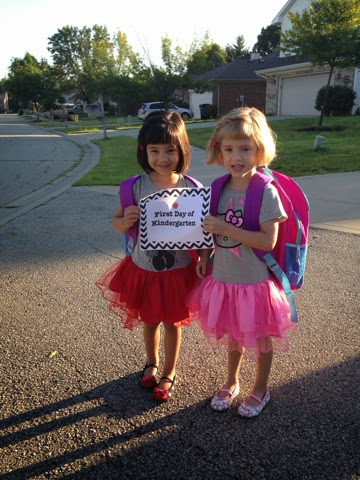 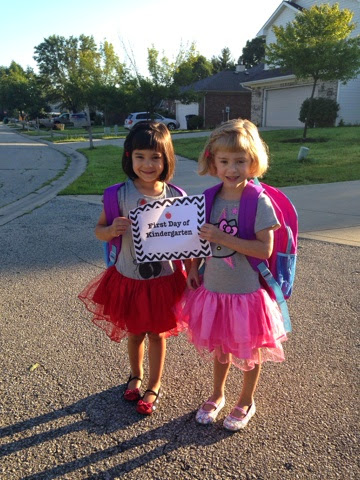 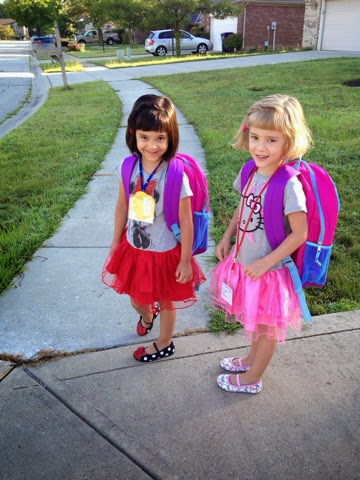 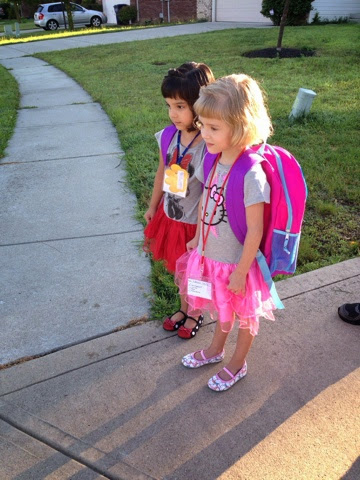 They see the bus down the street picking up other kiddos! 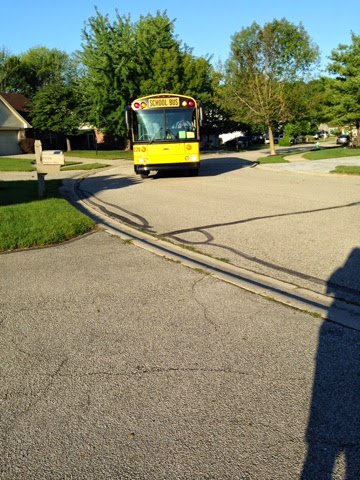 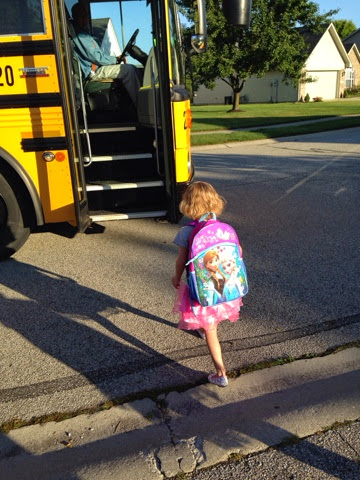 Addison pretty much made a mad dash to the bus. 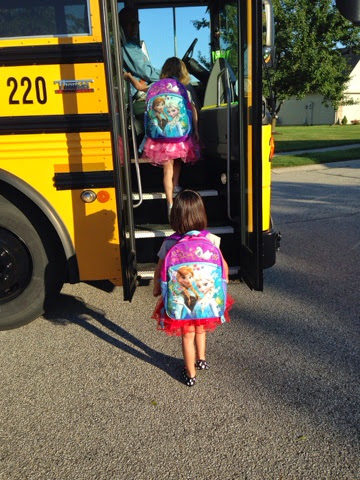 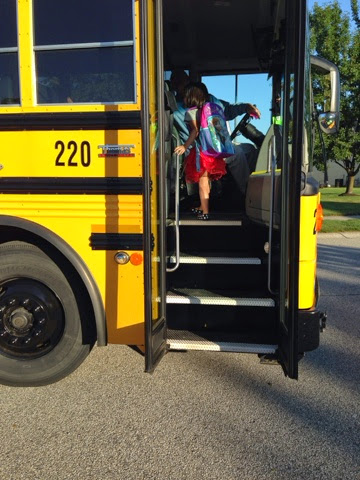 It was a good thing that neither one of them looked back and that they were required to sit on the other side of the bus as us(they have assigned seating for kindergartners), because that's when I lost it!  I saw Terry with tears in his eyes and I knew I was a goner!

I admit that I cried a full on big ugly cry for about 45 minutes.  Since I didn't sleep AT ALL the night before I went to lay down. (I had taken the whole day off work).  I seriously stayed up the night before school playing out every horrible scenario that could possibly happen in my head.  I had a massive headache and couldn't really see straight.  Yes, I know.....all totally self-induced by worrying too much!

The bus is supposed to return home with my kiddos at 3:50.  Terry and I went outside at 3:45 to wait for them.  3:45 came and went.  4:00 came and went.  I started to freak out a little.  Right around 4:15 the were dropped off.  I now know that the first week the bus schedule can be a little wacky.  This morning we almost missed the bus because it came about 8 minutes early.  Good thing we are so close to the bus stop!!! 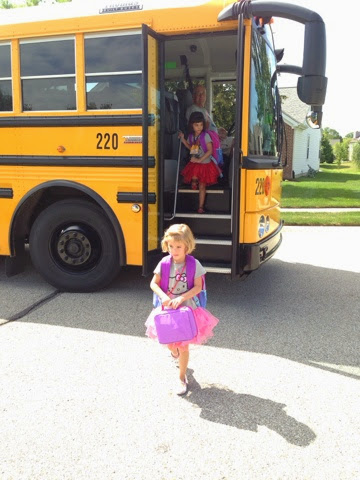 I have to laugh at these photos. Typically Alexis is first with everything! And Addison is the follower. Not at school!!! Addison was first on the bus and first off the bus! Alexis for the first time was in the back. 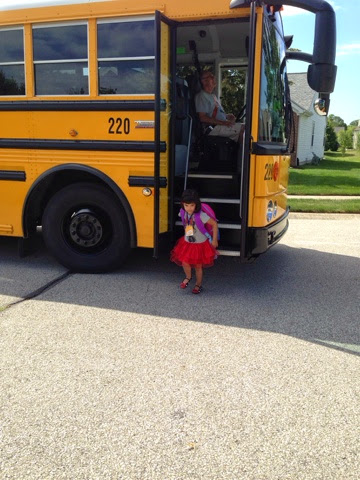 She looks so tiny next to that big bus!!
Terry and I both poked and prodded both girls about their day.  Neither one of them said much other than that their day was "fine".  I think they both were just utterly pooped out!  The only information I could really pull was that they had chocolate milk with their lunch.  (They buy milk at school since I can't keep it cold enough in their lunch boxes) Addison said her favorite part of the day was art class and Alexis said her favorite part was recess.  This is very typical of both my kiddos.
All and all the day went great.  The girls were super exhausted.  It was all I could do to keep them up until 7:00pm.  We had dinner, took quick showers and they were both out like a light by 7:30p.m.
Posted by Janet at 2:53 PM

They both looked adorable. First day of school ... Eeeeep! NOT something I'm looking forward to! Brianna will start next year :-(.