After school on the girls birthday Terry and I decided to surprise them with a trip to Chuck E Cheese.  We don't go there much as I despise the place and feel as if it is a huge pool of germs.  The girls were beyond thrilled.  We didn't tell them where we were going and gave them very vague clues on the drive.  Alexis was cracking me up with her guesses.  The last clue was, "it starts with a 'C'".   Alexis guessed Canada and immediately started laughing at herself. 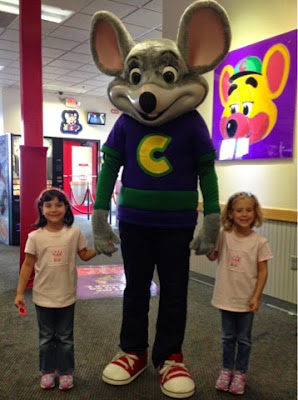 It actually worked out quite perfectly.  I guess Monday afternoons around 4:30 is the prime time to visit, because the place was almost empty. 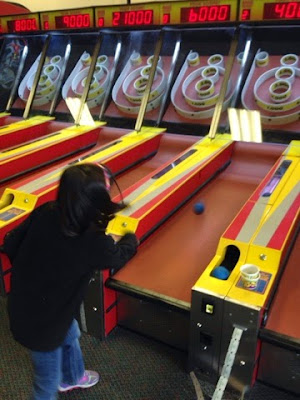 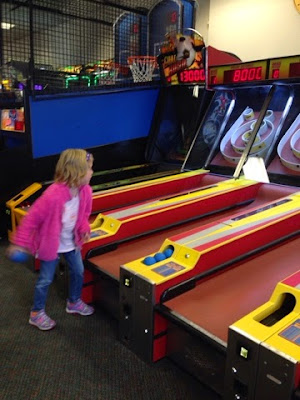 Both girls spent over an hour playing skee-ball.  I'm definitely not saying we didn't play a million other games, but skee-ball is now their favorite!
Posted by Janet at 1:58 PM