On July 26th, 2016 we said goodbye to the big orange cast.  Alexis was thrilled to have this itchy cast taken off!! 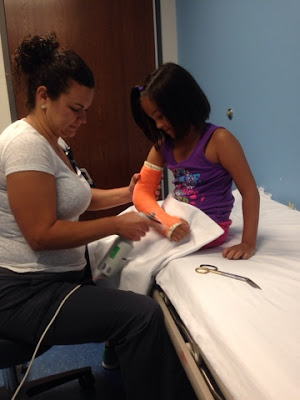 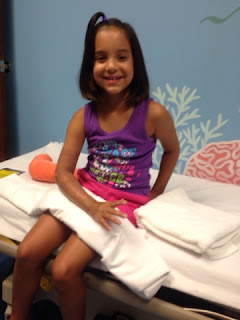 Her arm was so disgusting.  This was while we were waiting for xray to come get her. 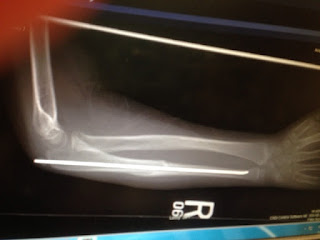 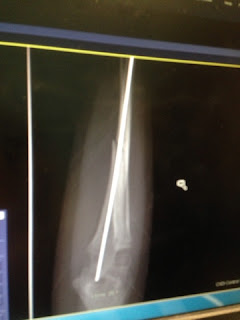 The bone is healing well, just not as quickly as the doctor had hoped.  So another month in a cast.  This one is at least a short one and doesn't go past her elbow. 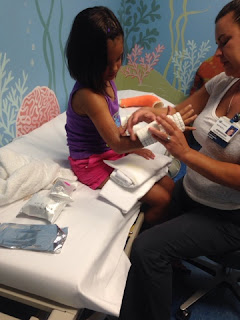 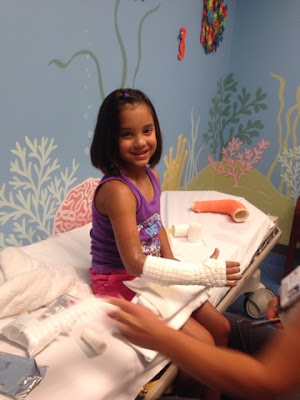 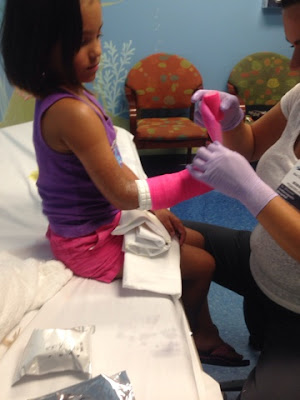 Alexis opted for a pink and purple camo cast this time around.  Here's hoping this is the last one!!! 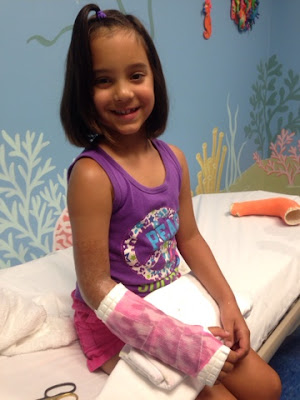