Today the girls are sporting their outfits that they got in their Easter baskets this year. Yes, I know they weren't even born at Easter, but they were gifts from Grandma & Pop Pop Zehner. They are super cute onesies with their names on them.
As I was taking pictures they both were all smiles, a feature that is relatively new. Yes, they did smile before, but now they actually smile now because we are making them smile, not because they have gas. I was able to capture a big smile from Alexis, but Addison wasn't as easy. She was giving me little half smiles that would only last for a second. She is very interested in her tongue lately so mostly I was just able to get pictures of her sticking it out. Terry calls her Gene Simmons when she starts darting her "lizard like" tongue in and out of her mouth. 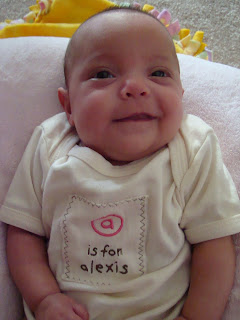 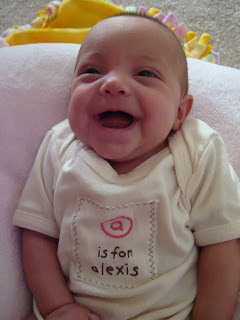 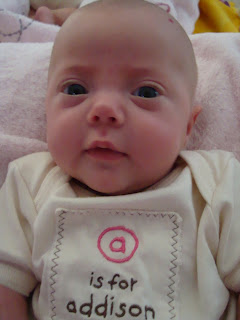 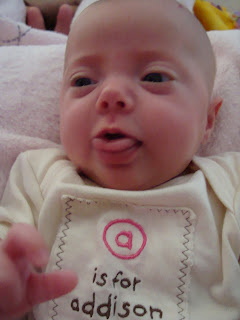 The below picture is Terry and the munchkins. I try to take a picture of them together at least once a week but I don't always remember. This one was taken on Tuesday evening just before bedtime. 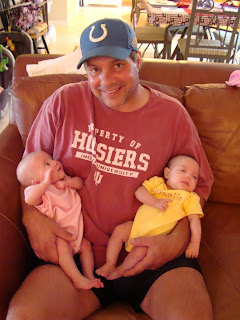