This past Saturday (October 15th, 2012) we took the girls on the pumpkin train!  We rode the train from the local station to the pumpkin patch and back.  The girls were in HEAVEN!  Their love for cars and trains right now is unreal.  I thought most little girls loved baby dolls and barbies??  Not my kiddos!  They love hotwheels and trains.

While waiting for our train to board, the girls got to play on some of the "retired" train cars. 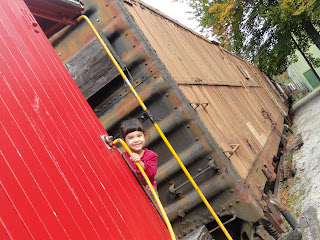 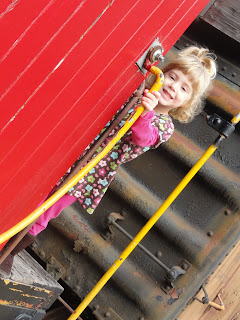 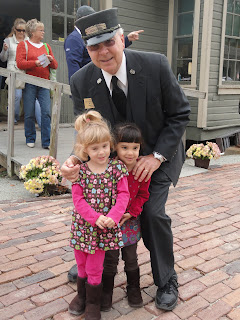 Always an attempt to get both of them looking at the camera at the same time....It never works!! 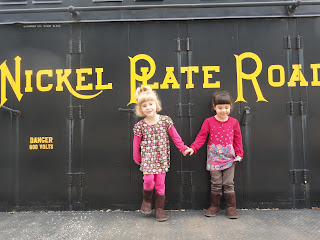 Boarding the train....Our train car had a "junior conductor". 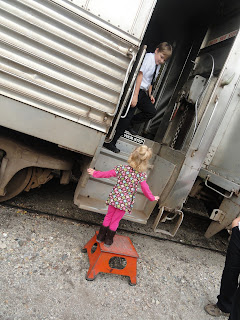 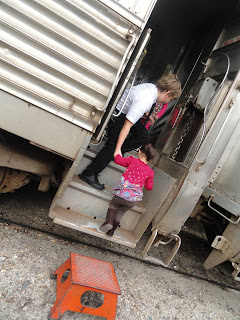 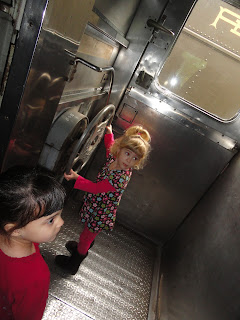 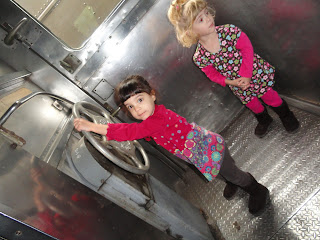 This is what the girls did the majority of the train ride.  They were too excited to sit down. 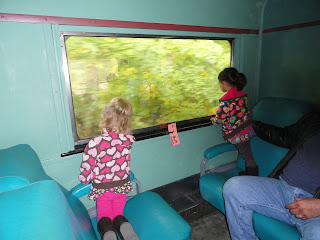 Once we got to the pumpkin patch the girls didn't want to partake in many of the activities.  All they were interested in was getting back on the train.

The hay maze did entertain them for a bit. 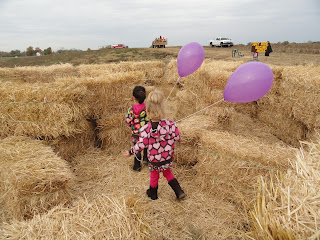 They liked the cow. 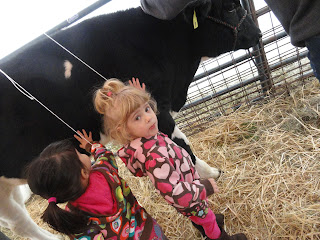 Playing on the tracks....
Alexis wasn't really into posing for photos. 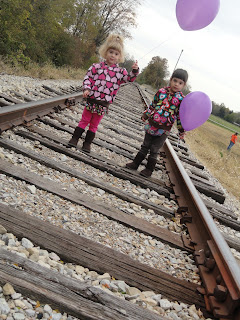 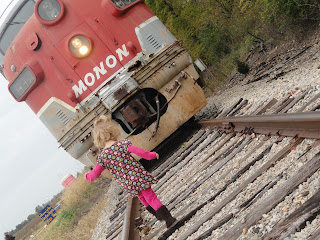 LOVE this shot of Addison! 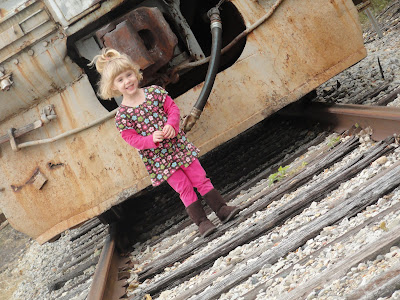 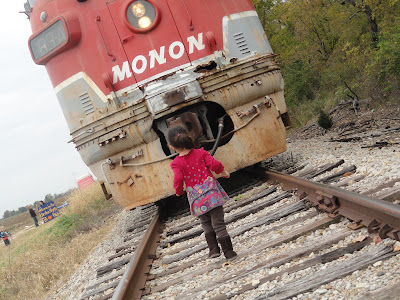 The girls were happy about taking a tractor ride.  The man who was in charge of the tractor rides gave the girls a penny that had been ran over by the train.  You would of thought he had given them a million dollars.  They were/are seriously excited about their "train money".

Here are the girls "driving" the tractor: 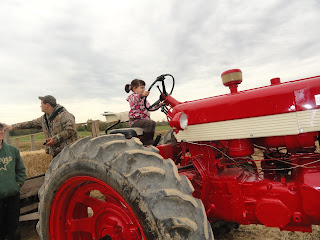 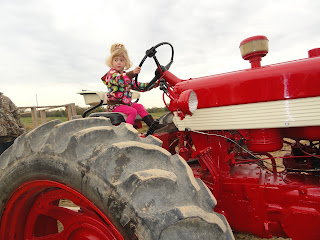 The park where the train departs also has a merry-go-round.
The girls seriously were in heaven all day long! 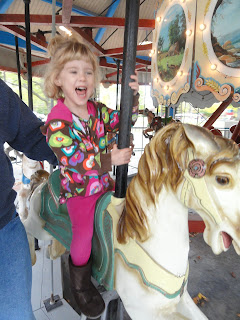 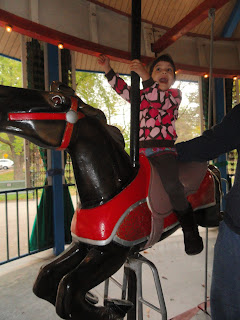 Both kiddos keep talking about riding a "real" train.  That night Alexis was actually saying "all aboard" in her sleep.  I love days like this!  Totally worth every penny we spent that day!!
Posted by Janet at 9:30 AM