This past Saturday (Marchl 23rd)  we attended my in-laws subdivision Easter Egg hunt.  Luckily the weather was halfway decent but the threat of blizzard warnings was looming for the next day.

We prepped the girls to be looking for the "golden eggs".  There were 20 golden eggs, each of which would get you a special prize.  There was also a limit of  twenty eggs per child.

We were fortunate enough to find two golden eggs fairly quickly.  Once the girls had collected their twenty eggs we decided to take a seat and check out their loot.  Alexis was so excited that she got a little plastic ring.  This made Addison mad.  She was upset because she didn't get one.  Thankfully their was a lady next to us with a boy who didn't want his ring.  She gave Addison her sons ring and saved me from listening to her complain the remainder of the day.

The girls took their golden eggs over to the prize table.  Alexis picked out a princess tea party set.  Addison picked out a playdough waffle maker. (Which is pretty neat, I have to admit)

After getting their prizes we decide to just walk around for a little bit since it was relatively nice outside.  While walking around, I managed to find another golden egg!   The rules stipulated only one golden egg per child.  We decided to give our third golden egg to the lady and the boy who helped mitigate our plastic ring dilemma.

Here are a few pictures: 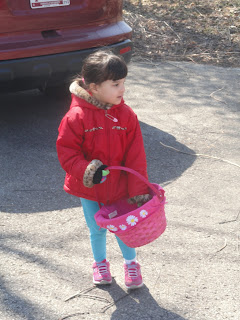 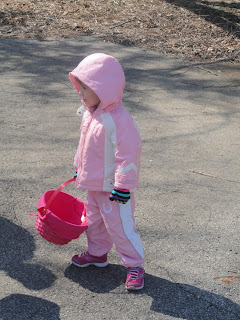 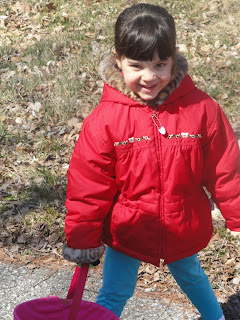 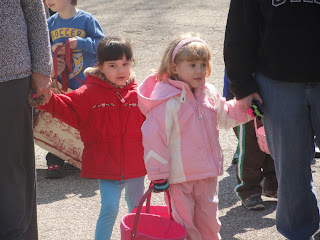 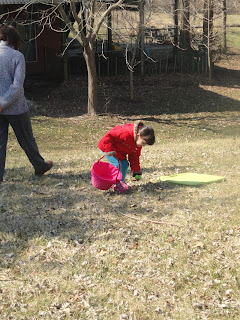 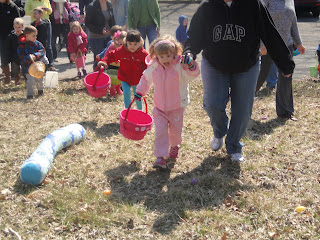 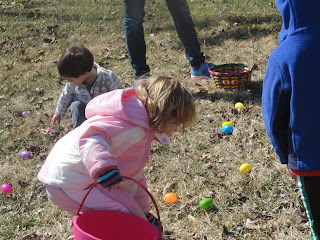 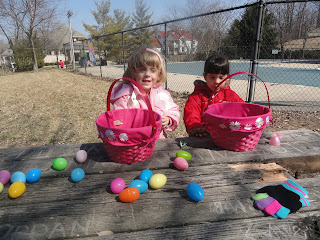 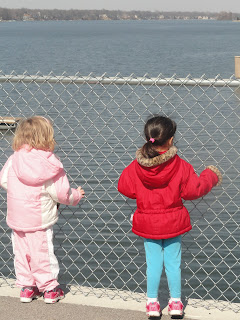