This past Saturday (September 21, 2013), I took the girls apple picking at a local orchard.  We had planned to go as a family all week, but due to some unforeseen circumstances, Terry was unable to join us.  (More info on that at the bottom of this blog post)
The three of us had an amazing time.  Luckily I still had their sweatshirts in my car from last weekend.  It wasn't that cool out, but being on the "farm" with a slight breeze, made the girls cold. 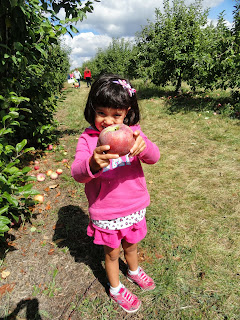 Alexis was so proud of her "perfect" apple. 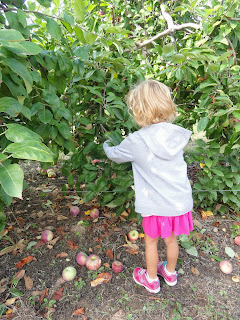 I kept having to tell the girls not to pick the apples on the ground. 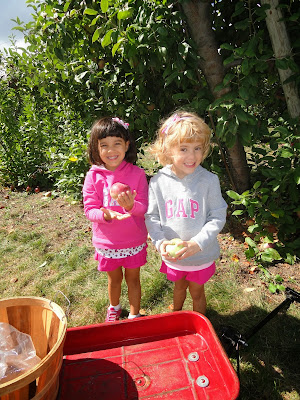 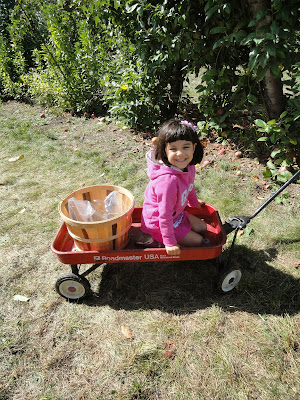 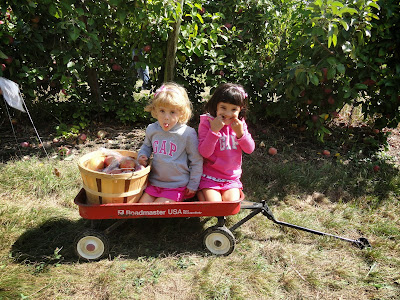 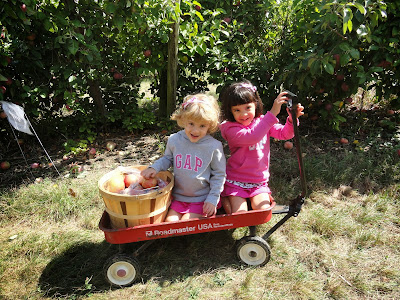 After a bit the girls wanted to ride in the wagon.  I was ok with that.  It was just a tad bit muddy and by them being in the wagon, it helped keep things clean. 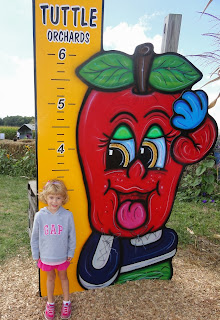 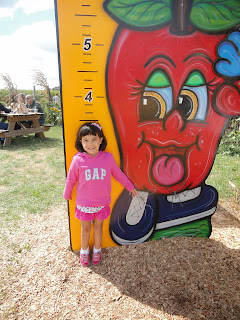 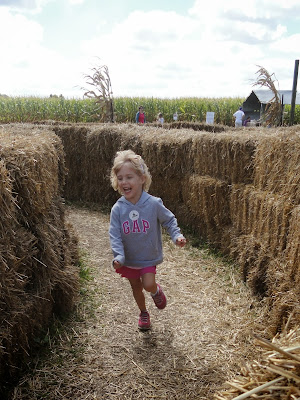 Love this picture!  They were having such a great time running through the hay maze.  It made me miss Terry even more!  I hate when he misses out on our "family adventures". 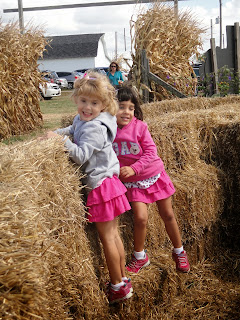 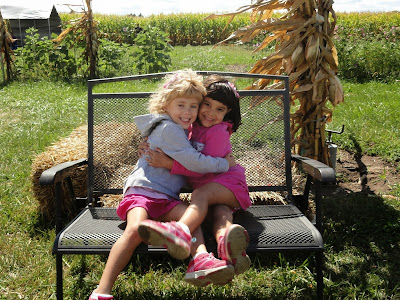 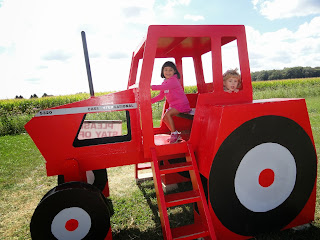 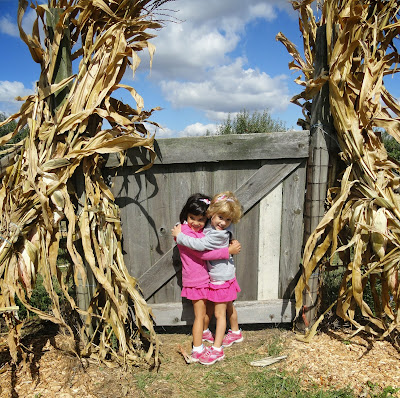 Another one of my favs. 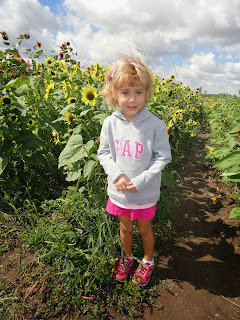 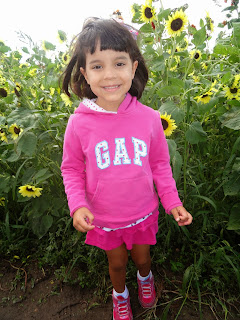 They wanted to pose for pics by the sunflowers.
We picked 16.6 lbs of apples.  I had no idea that we had that many.  We were just filling our basket.  Since Saturday, we have made two apple pies and a crockpot full of applesauce.....which I have to say is incredible, best applesauce I have ever had!  We still have about 10 apples left, that I think we will just save for snacks and caramel apples!
****************************
Side Note:  As I mentioned at the opening of this post, Terry was unable to join us this weekend.  His biological father (not Greg, his stepdad, the one who was sick last year) passed away early Saturday morning.  I received a message via Facebook, Friday evening that Terry's father was not expected to make it through the evening.  Terry and his brother high-tailed it up to Chicago.  They arrrived at the hospital shortly after midnight.  Their father passed away about thirty minutes later.  Funeral arrangements are still pending for Thursday & Friday of this week.  I ask that you please keep Terry, his brother Keith and his brother Mike in your prayers.  All three guys are having a rough time with this, since they had no clue that their father had been fighting pancreatic cancer for the last year.
Posted by Janet at 10:59 AM