A few weeks ago, Terry let the girls watch Spiderman.  Ever since, Alexis has decided that she "IS" Spiderman.  She flies up and down the stair well on all four and sometimes tries to climb the walls.  Yes, I'm serious! It was cute at first....
Last Friday, while Terry was still out of town....I took the girls to a different park than we usually go to.  The girls had been there before but they didn't remember.  Alexis was beyond excited when she saw the giant climbing web.  She spent the entire time climbing the web and pretending she built that web herself. 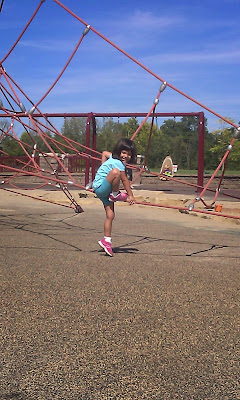 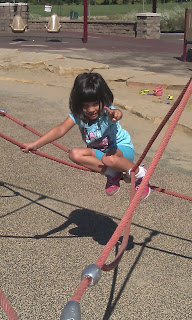 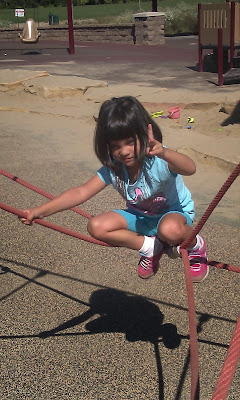 I don't think I have ever seen the Spiderman films?  Apparently, Spiderman builds a web by doing this little hand movement? 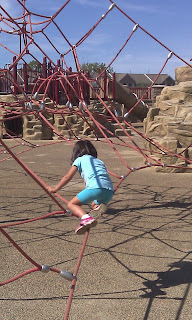 I love this little peanut and her vivid imagination.
While I was really hoping for something more girly....Alexis has decided that she wants to be spiderman for Halloween.  I'm hoping that there is still time for her to change her mind!  :-)