Still playing catch up here on this 'ol blog.  Hope by the end of the week to be back on track, but not promising anything....

Keeping with our annual tradition, we took the girls bowling on Christmas Eve.  I can not even express how much fun we have doing this.  Regardless of our bowling expertise (or lack there of) we still have an amazing time.  We were having so much fun that I neglected to take a lot of photos, but here are the few that I did take: 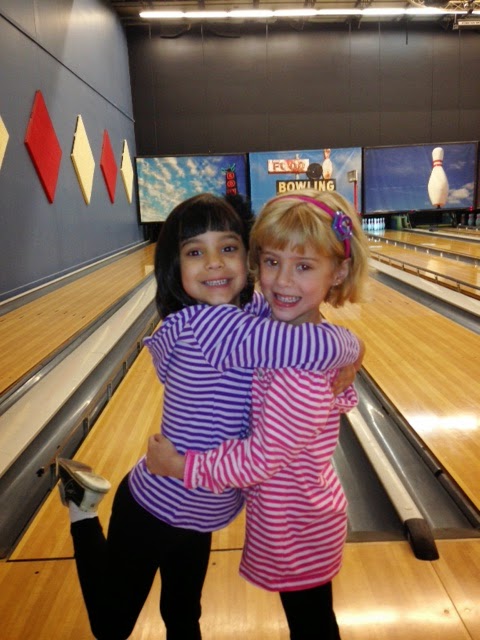 Not sure I could love these two more! 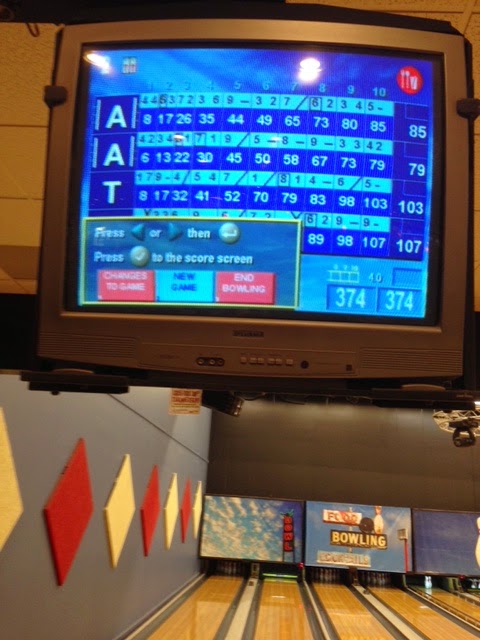 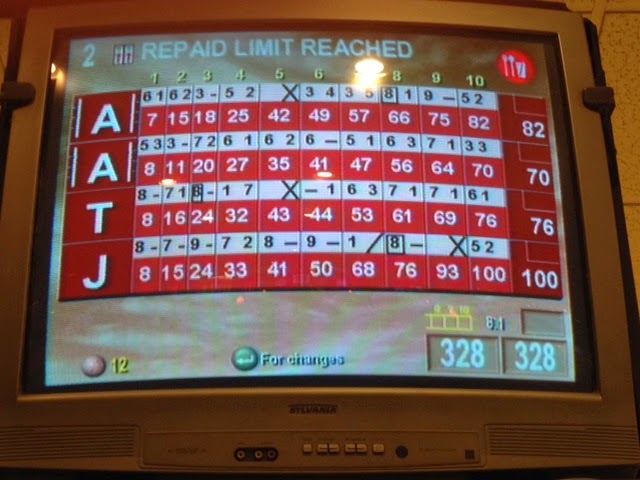 Game Two:  Alexis 82, Addison 70, Terry 76, Janet 100
Addison is so super teeny tiny that she had trouble getting much power behind the ball.  We kept telling her that if she could throw it or push it harder that she could knock down more pins.  She decided that if she took a running start that would help her.  And also for some reason, she said having her hood on helped her throw the ball better.  Whatever works right???