Stand by for MANY blog posts regarding our recent vacation to Disney.  I have so much to write and so many photos to share.  Unfortunately, there are only so many hours in the day!  :-)


We did not tell the girls that we were going to Disney World until the morning we were leaving.  If I can figure out how to upload the video... I will share.

As another surprise, we decided to take a limo to the airport.  Our driver was to pick us up at 7:00am for our 9:35am flight.  We were all ready to go and waiting by 6:45.  The girls looked out the front door and found that our driver was already waiting for us.  Long story short, there was an overturned truck (hauling mangos) which had closed the highway.  Our driver had arrived early because we would need to go around the south side of the city to get to the airport. 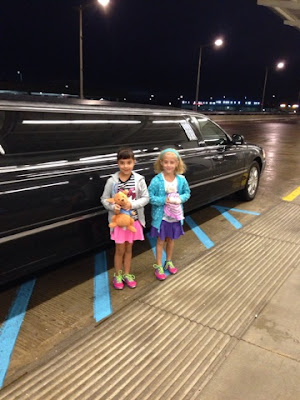 We arrived in plenty of time to grab a quick bite to eat, since the girls were too excited to eat at home.  We also did a little airplane watching.  The girls were mesmerized by everything!!! 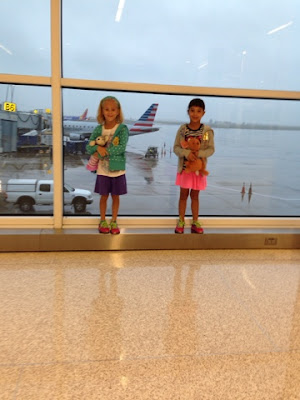 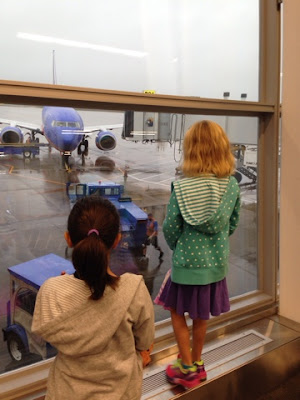 Addison, Alexis and I flew through security, while Terry was treated like a suspected terrorist.  We arrived at our gate after a quick bathroom break expecting to board within the next ten minutes.

Around 9:30 we received notification that our flight would be delayed at minimum 45 minutes because a light bulb needed to be changed in the cock pit.
At this point I gave the girls their notebooks that I wanted them to journal our trip in.  They both started writing and drawing in their notebooks, while Terry and I were getting frustrated about the delay.


About ten minutes later we noticed a family of 5-7 people running towards our gate....all while frantically pushing a wheel chair.  The Dad was pushing the wheelchair while the Mom was holding a bunch of cords and an oxygen tank.  The family was running late because of the highway closure and if our flight hadn't been delayed they would have missed it.

They were heading to Disney on a Make a Wish trip.

It was at this point that I received the reality check that I needed.  My frustrations didn't matter and were completely unwarranted.  My kids are healthy, happy and we are heading to Disney together as a family!!  I was completely humbled by this family.  Our plane was delayed for a reason.....so that family could make their trip!!

That family touched me without even realizing it.  It gave me the little slap in the face I needed to be present on our trip.  That may not make much sense, but sometimes I forget how very fortunate I am to be the mother of two generally healthy little girls.

So anyway..... I hope you enjoy the millions of photos I'm about to post over the next week or so. 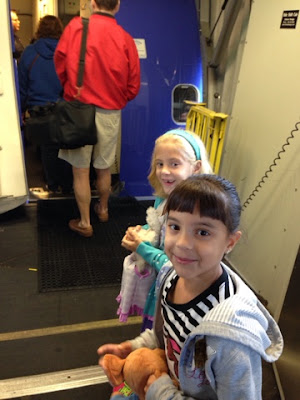 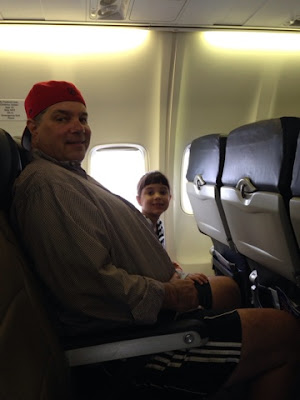 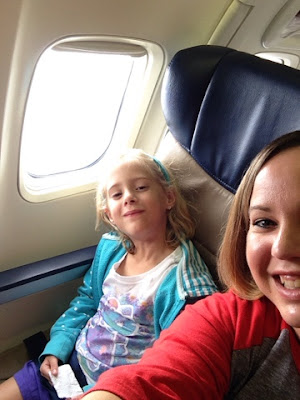