We are LOVING the crazy temperatures here in Indiana.  Yesterday topped out at nearly 70 degrees, which is almost unheard of for February.  As soon as I got home from work yesterday, I grabbed the girls, and we played outside until dark.  We rode bikes, went for a walk, blew bubbles and played with sidewalk chalk.  Chalk is one of the girls favorites!  In an attempt to help them release some pent up energy, I drew a hopscotch like design and tried to get them to "leap" and jump until they were worn out.  Here are a few pictures.  I apologize for the quality....they were taken on my phone. 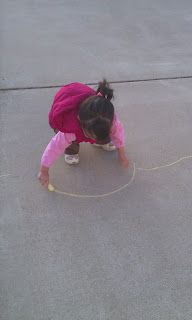 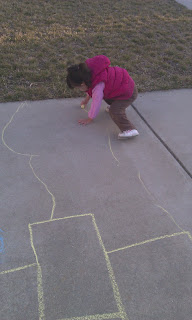 Alexis drew about 2000 different lines on the driveway.  She said she was drawing snakes and caterpillars. 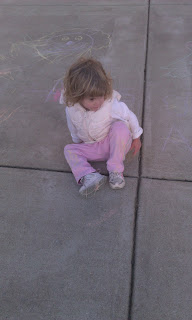 At times, Addison was more interested in watching the neighbor boys who were rough housing and making lots of noise. 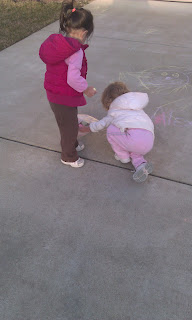 Teamwork?  I love watching them play together! 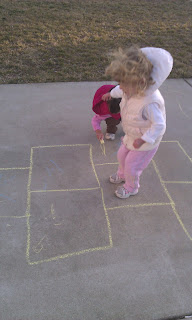 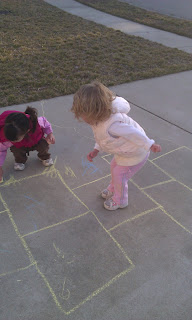 Above two:  Addison leaping away.  I kept trying to capture her "mid jump" but I couldn't get it. 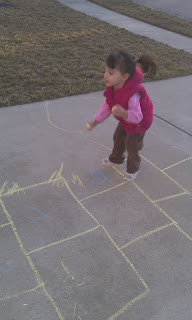 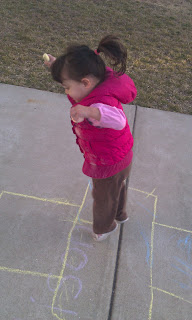 Above two:  My little peanut, Alexis.  She didn't want to go inside.
Posted by Janet at 9:48 AM