Please excuse my blogging absence....It will probably be another week or so before I'm able to catch up.  We are in the midst of an unplanned remodel to our house.  Sounds worse than it really is and I will definitely do a blog post soon full of photos and the full details.  We had a fairly significant (upwards of $10-$15k worth of damage) water issue in our home and are in the midst of cleaning up, knocking out walls, and completely tearing out the majority of one of the upstairs bathrooms.  Long story, that I will post about when I can find some down time to actually breathe and un-bury our home computer to download photos.  Our downstairs office/den has become the catch all for everything that has been removed, misplaced or relocated due to these issues.


I will leave you with a few photos of my cuties.....These little ladies are what is getting me through this little bump in the road lately.  They make everything worth it and their smiles make every struggle 100% worth it.

Several weekend ago (May 17th, 2014, to be exact) I randomly took my car into the dealership for routine service.  As it turns out, the dealership was celebrating their first birthday, complete with face painters, balloon animals, Radio Disney, a food truck, a cupcake truck and much more.  The girls had a great time. 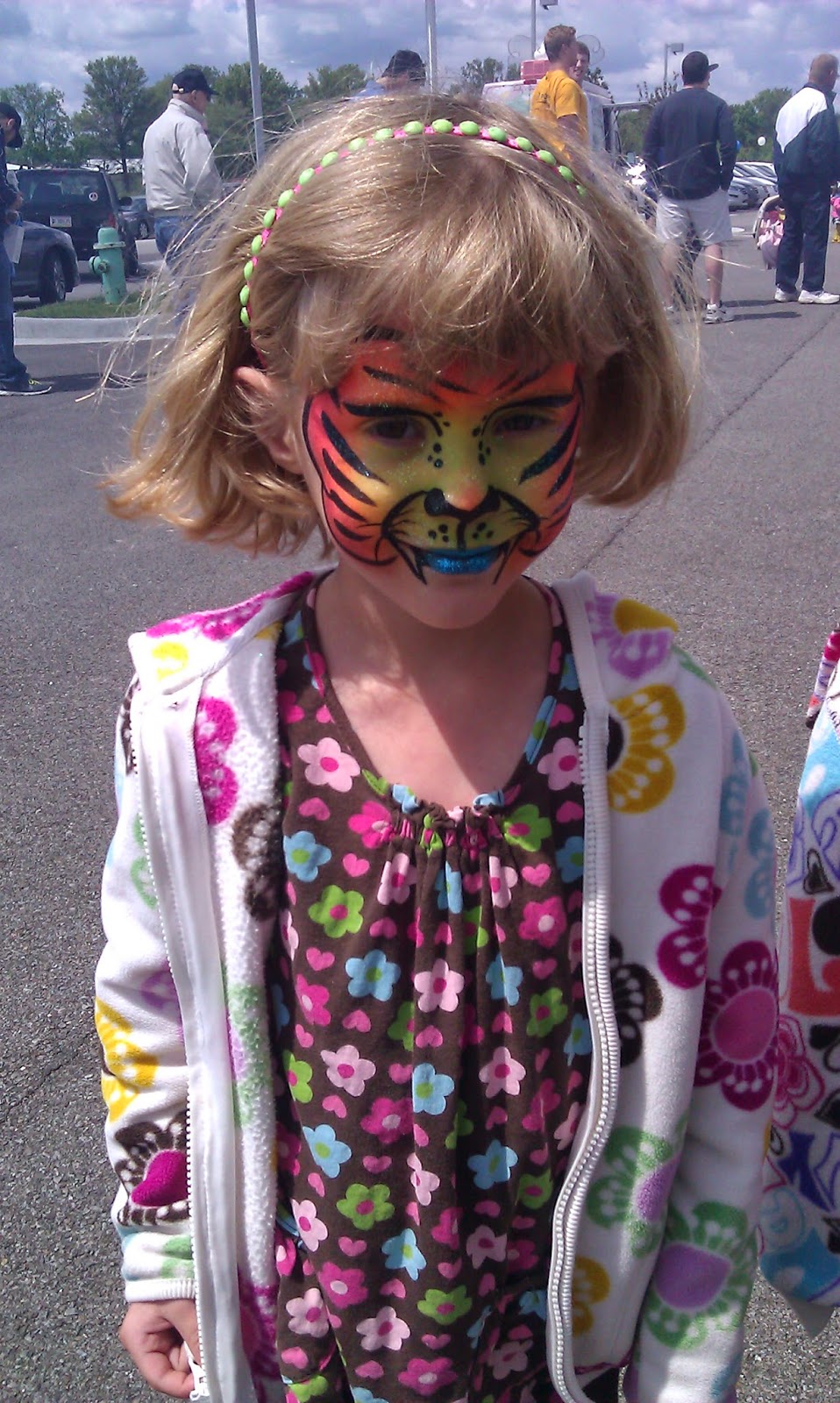 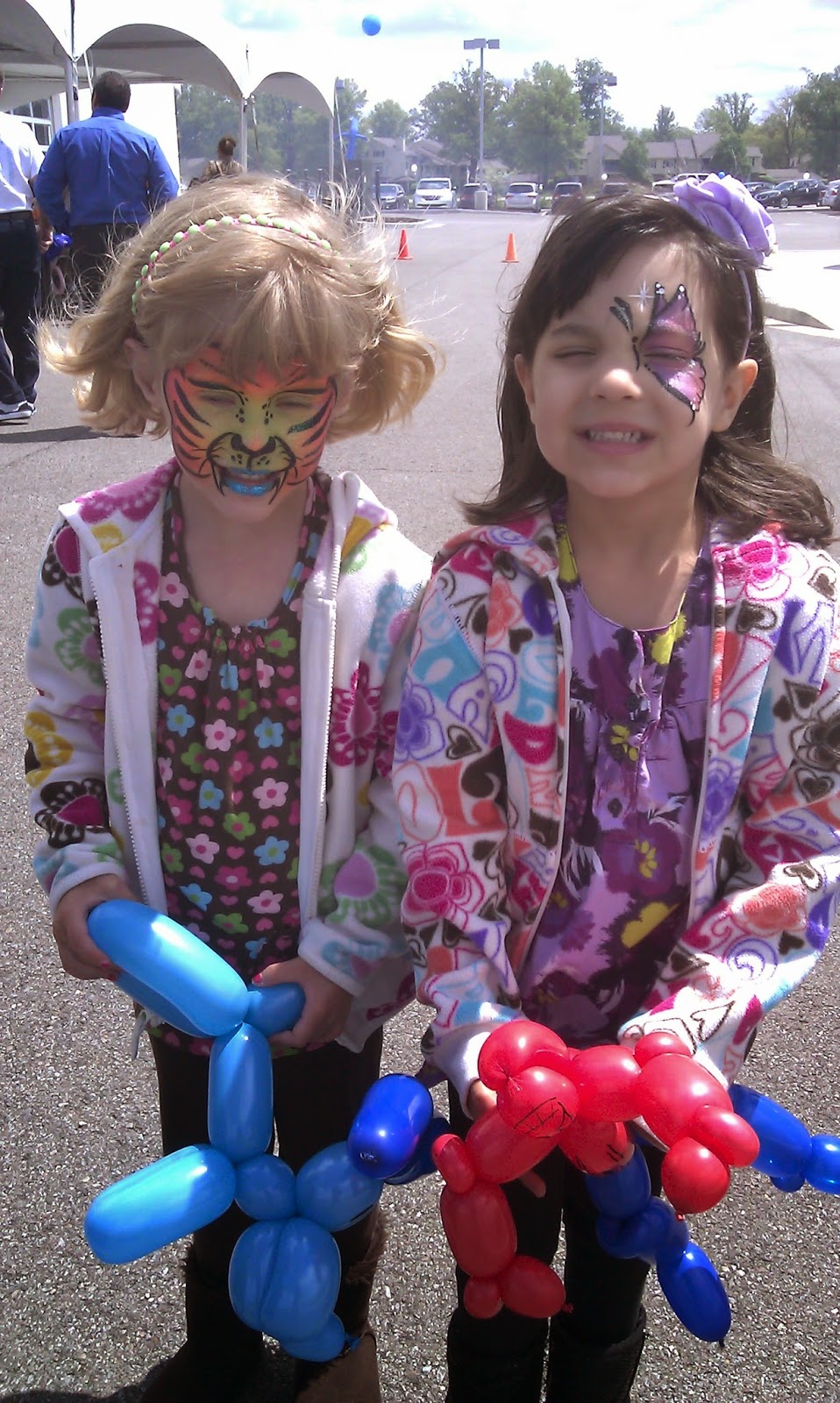 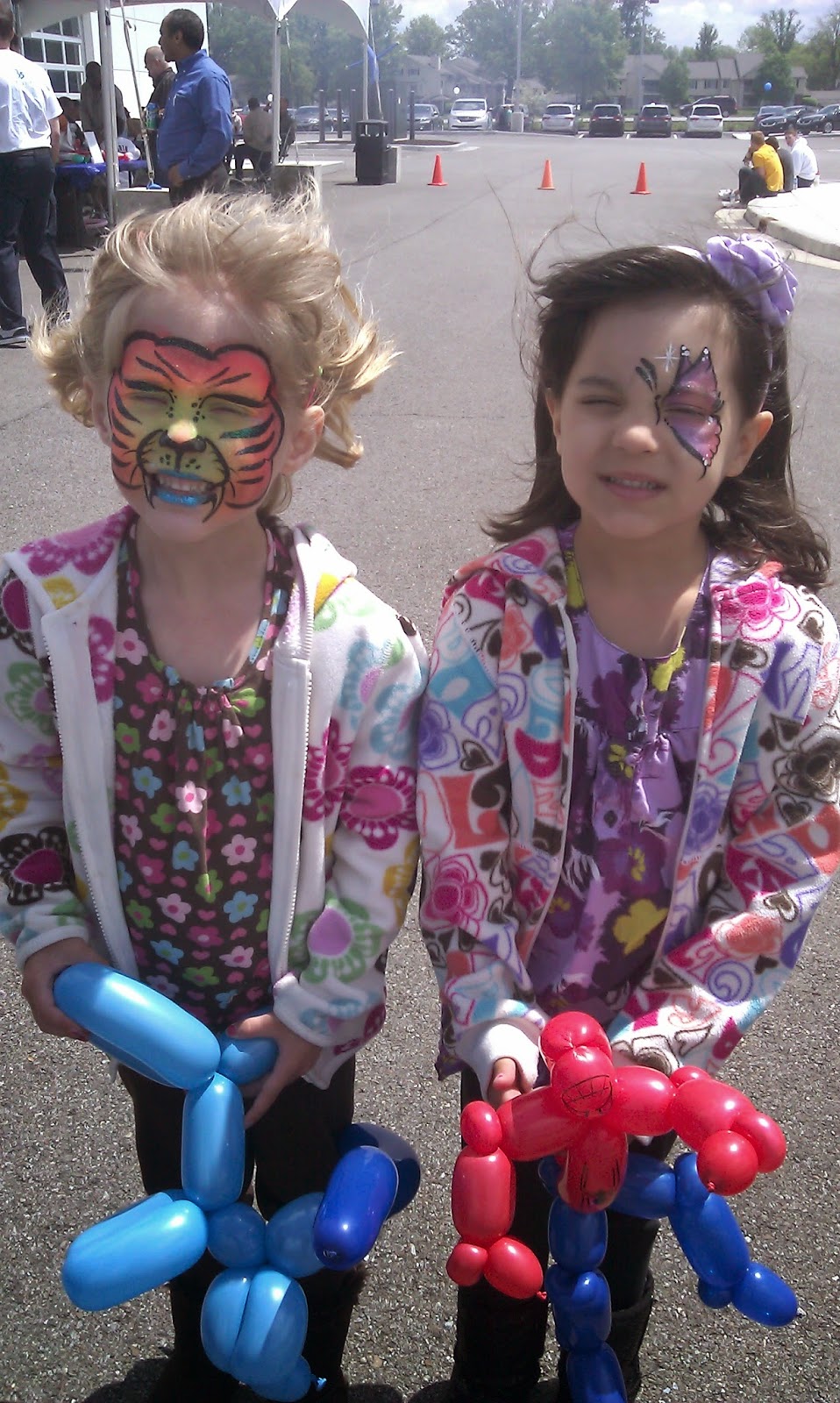 Not the best photos of both of them due to the sun in their eyes and the wind in their hair, but I wanted a pic of them with their balloon animals.  Alexis and her spider-man obsession. 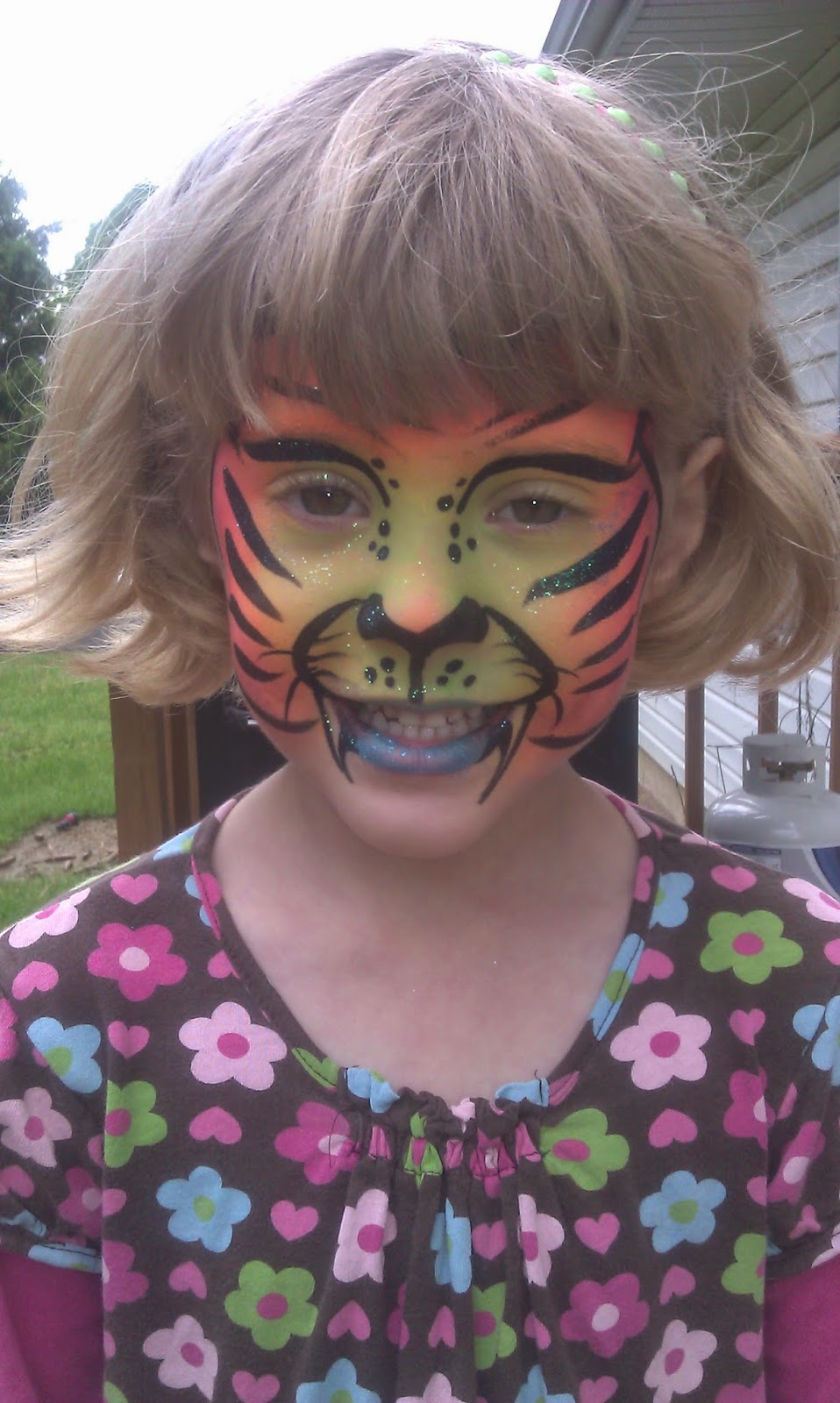 Once we got home, Addison insisted that Terry and I both refer to her as "ferocious tiger face" for the remainder of the day. 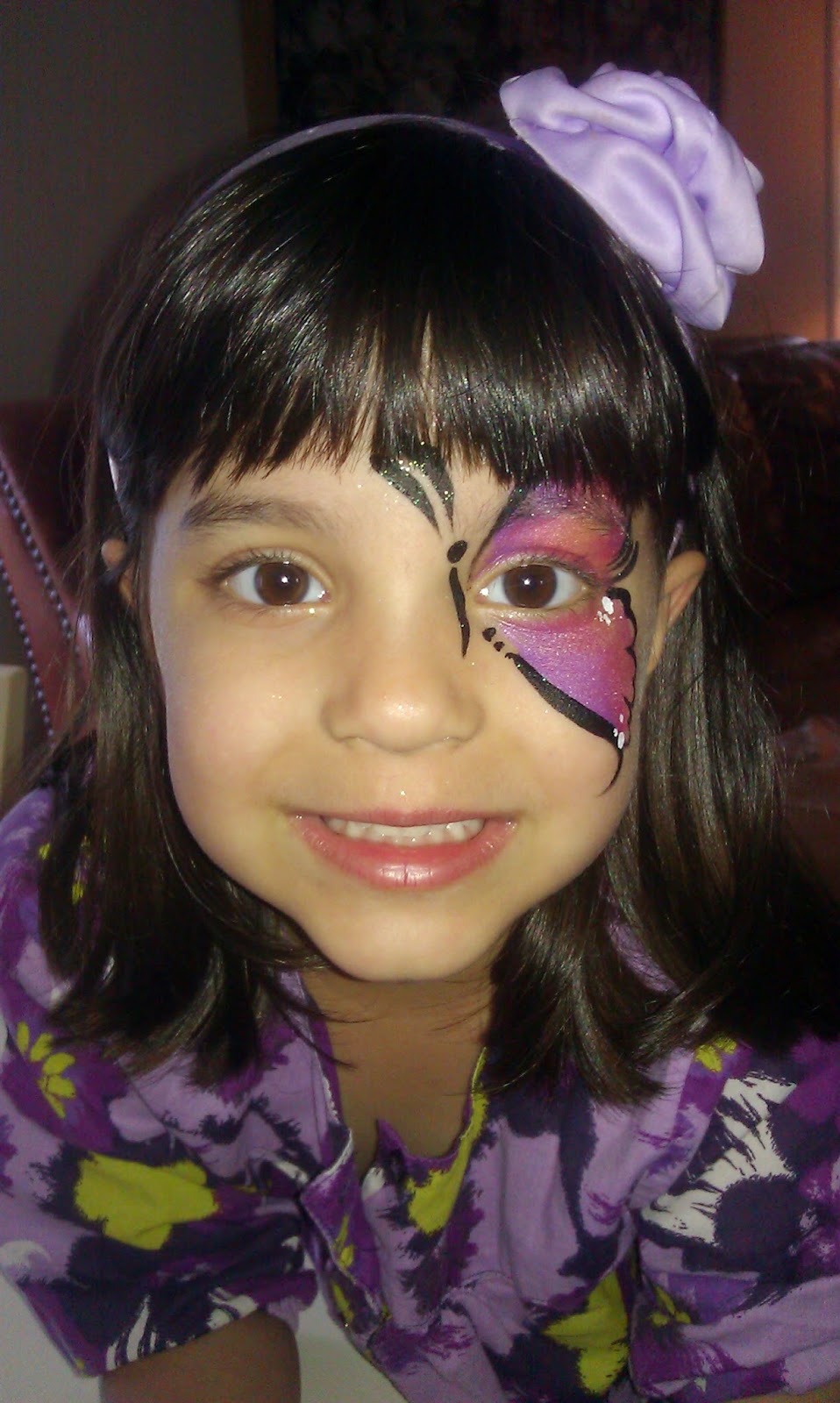 Alexis wasn't as cooperative for photos, but she was in love with her "butterfly eye".
Posted by Janet at 3:52 PM No comments:

Last Thursday Evening, (May 15th, 2014) my little tiny babies graduated from pre-school.  It seems surreal that time has past so quickly that we are getting ready to move on to kindergarten activities.

Events like these make me wonder if I will forever be the lone mother who sobs hysterically as her child walks down the aisle, or sings their little heart out, or waves the biggest waves to make sure I see her.  Not that there is ever a day that goes by that I don't count my blessings....but days like these completely reinforce how lucky we truly are to have two beautiful, healthy little girls. 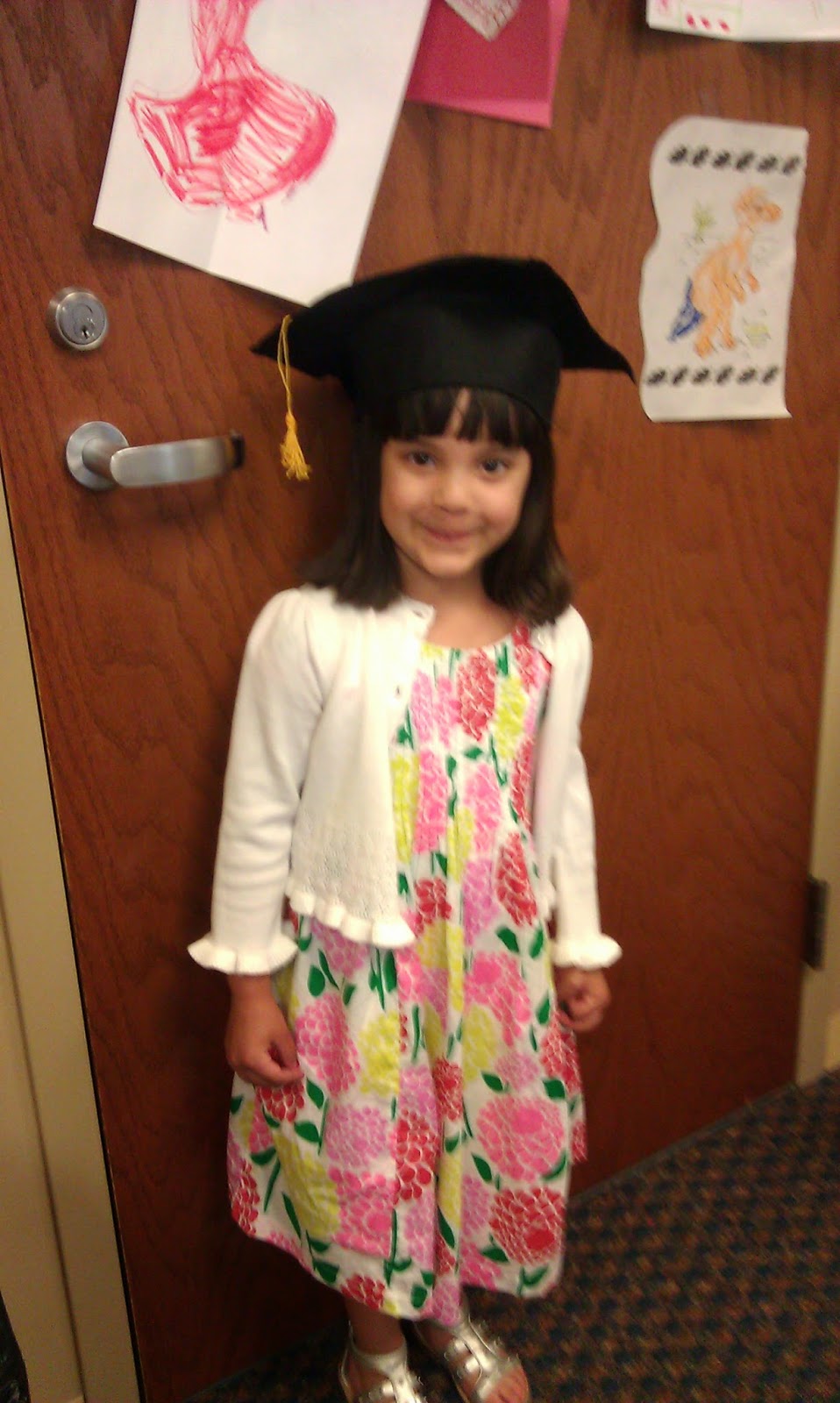 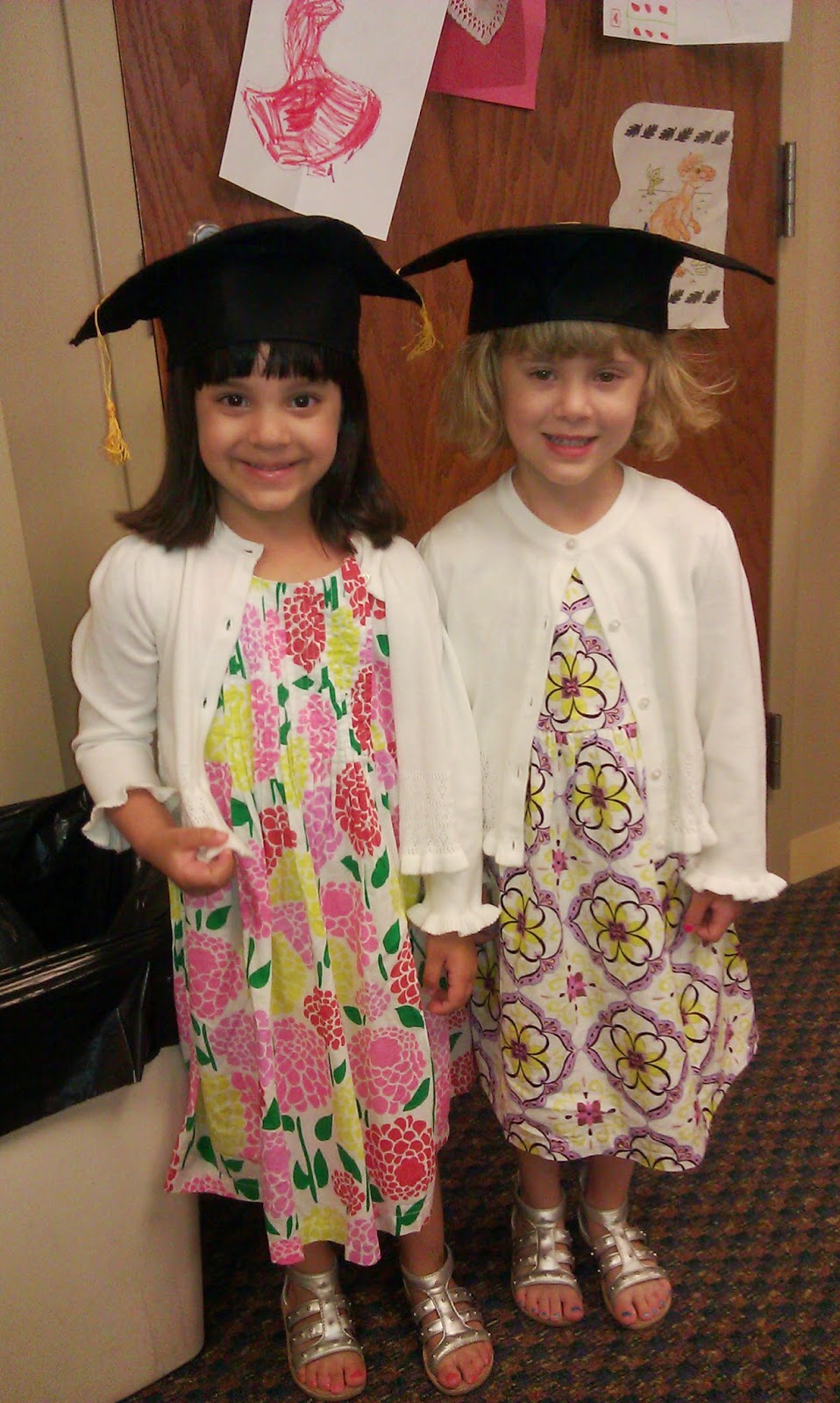 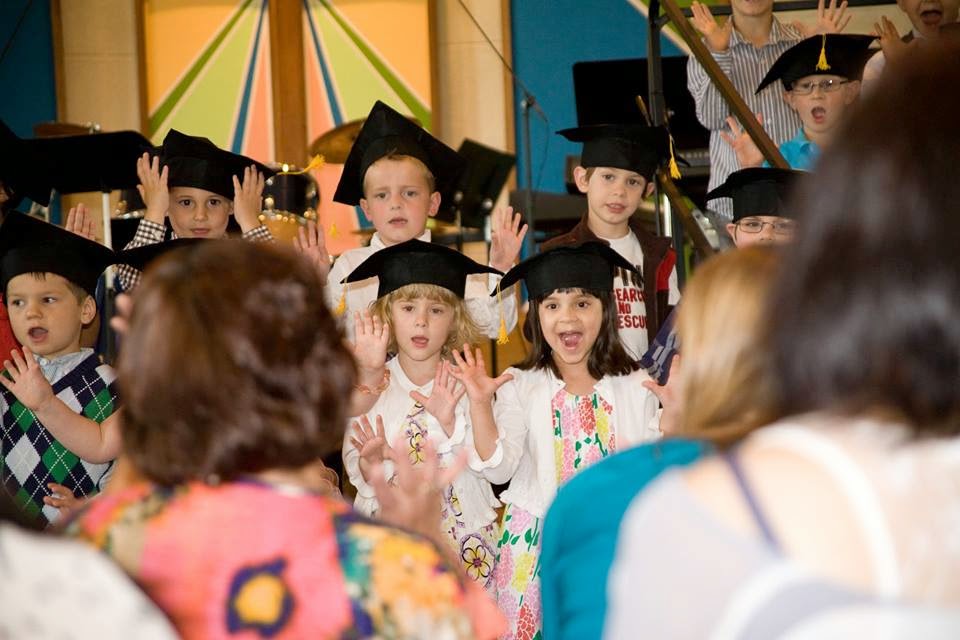 They performed the cutest little program prior to the graduation ceremony. 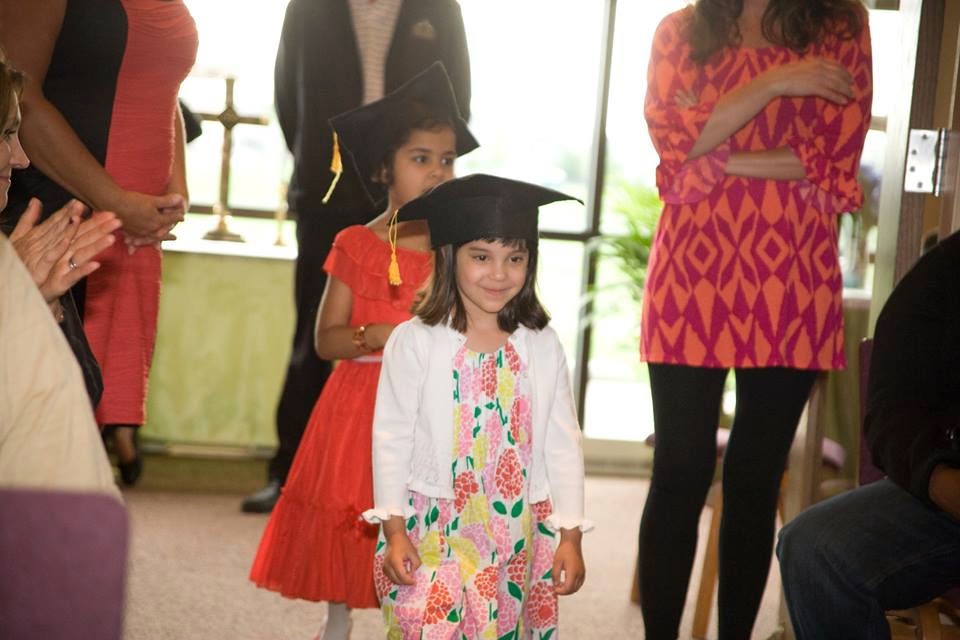 Alexis walking in to receive her diploma.
They called each child's name and had them walk to the front to receive their diploma.  After calling each their name they stated what each child had told their teacher's that they wanted to be when they grow up.  Alexis wants to be a cheerleader. 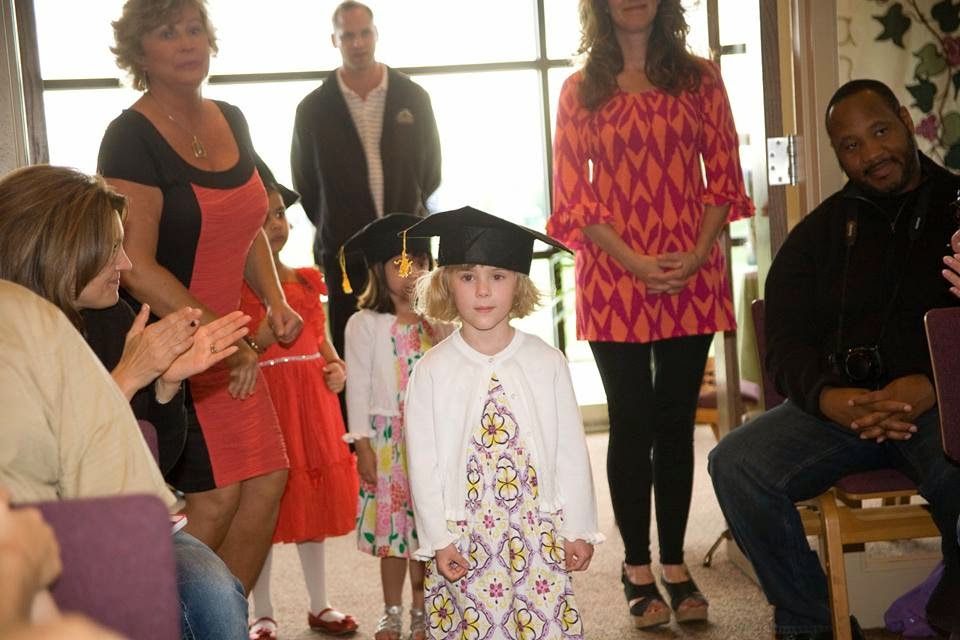 Addison walking up to receive her diploma.   Addison wants to be a teacher when she grows up. 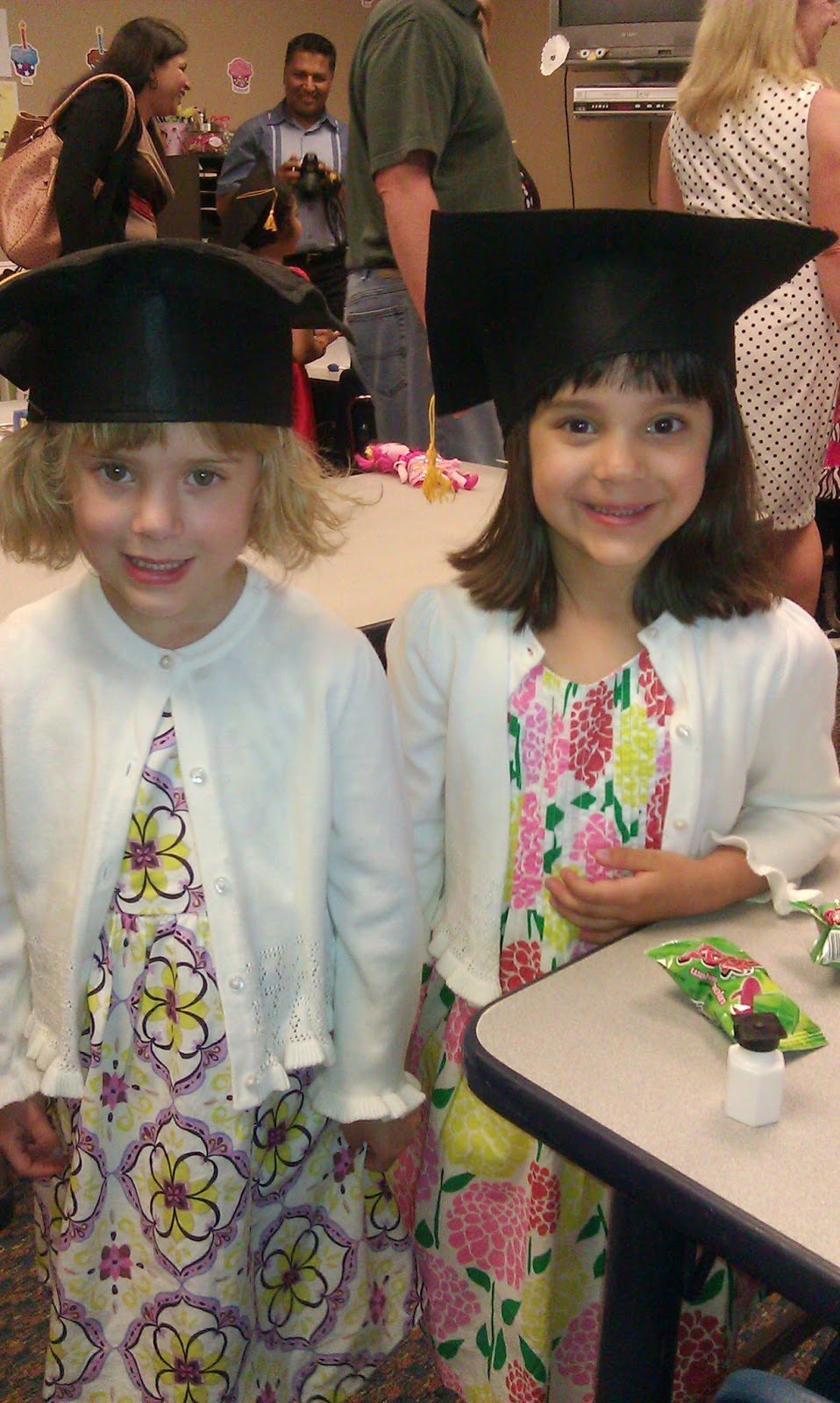 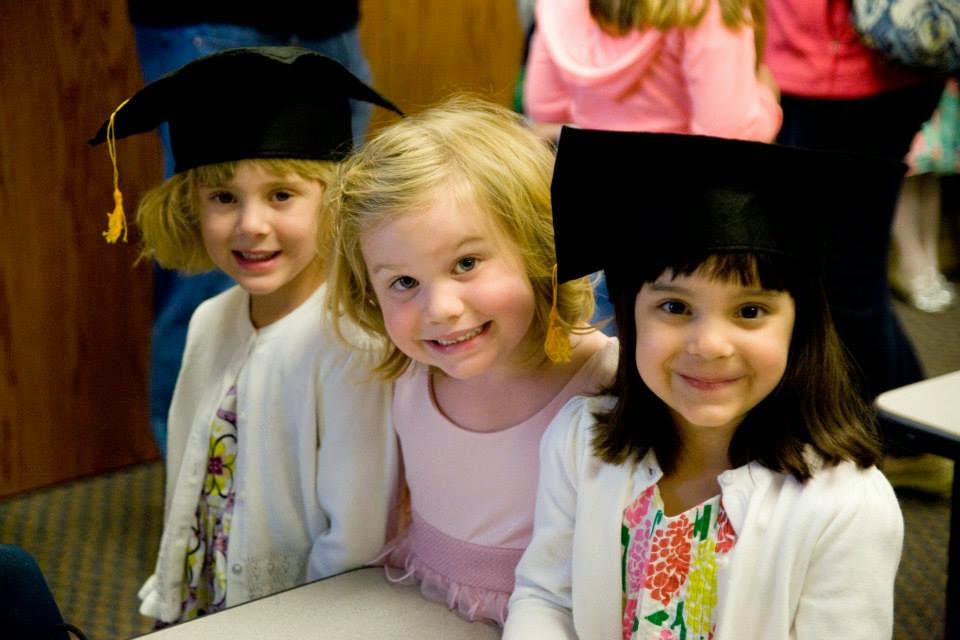 My girlies with one of their pre-school BFF's, Josie.
Posted by Janet at 1:56 PM No comments:

Happy Mother's Day to all the Mom's out there......
I truly am blessed to call myself the Mommy of these two little ladies!!! 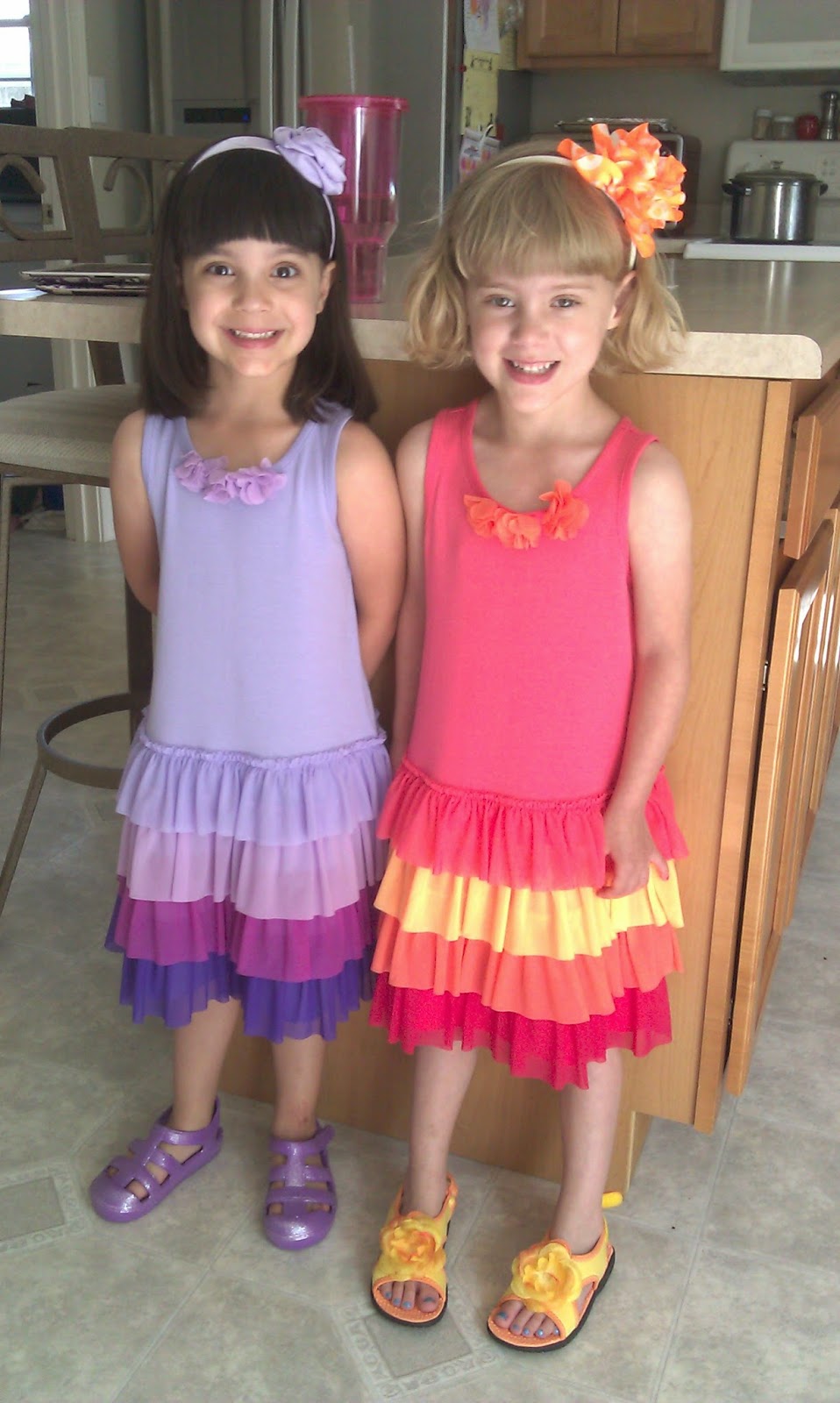 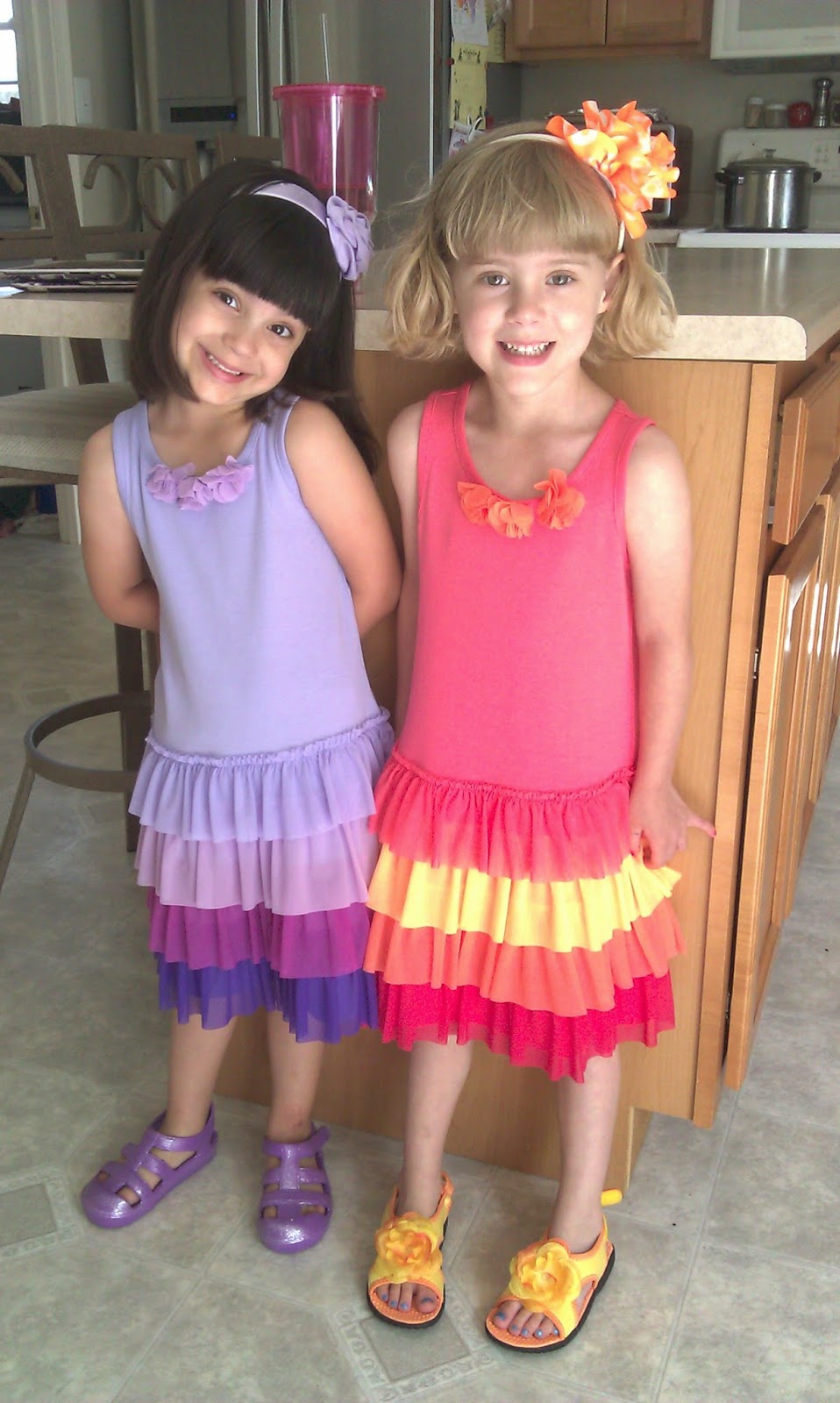 Last Saturday morning, The girls and I decided we were going to have a girl's day and go to the zoo.  On the way there, I noticed a serious amount of increased traffic, numerous helicopters flying overhead and many delays.  Before leaving the house, I had heard on the news that the Indy 500 Mini-Marathon was being raced downtown, but it didn't even cross my mind that we wouldn't be able to get to the zoo due to the road closures.  I quickly popped out my GPS and started trying to figure out how to get around the mess.  The girls were disappointed but I quickly suggested that we find a park and go play.  In my chaos of trying to get out of downtown, I somehow ended up by the Children's Museum.  I suggested to the girls that we go there instead.  They were happy to oblige.  I was happy that they weren't to upset by the change of plans!!

We spent nearly four hours at the Children's Museum.  It was fun just to spend some quality Momma time with my kiddos.  My pictures from my phone aren't great, but here they are, all un-edited: 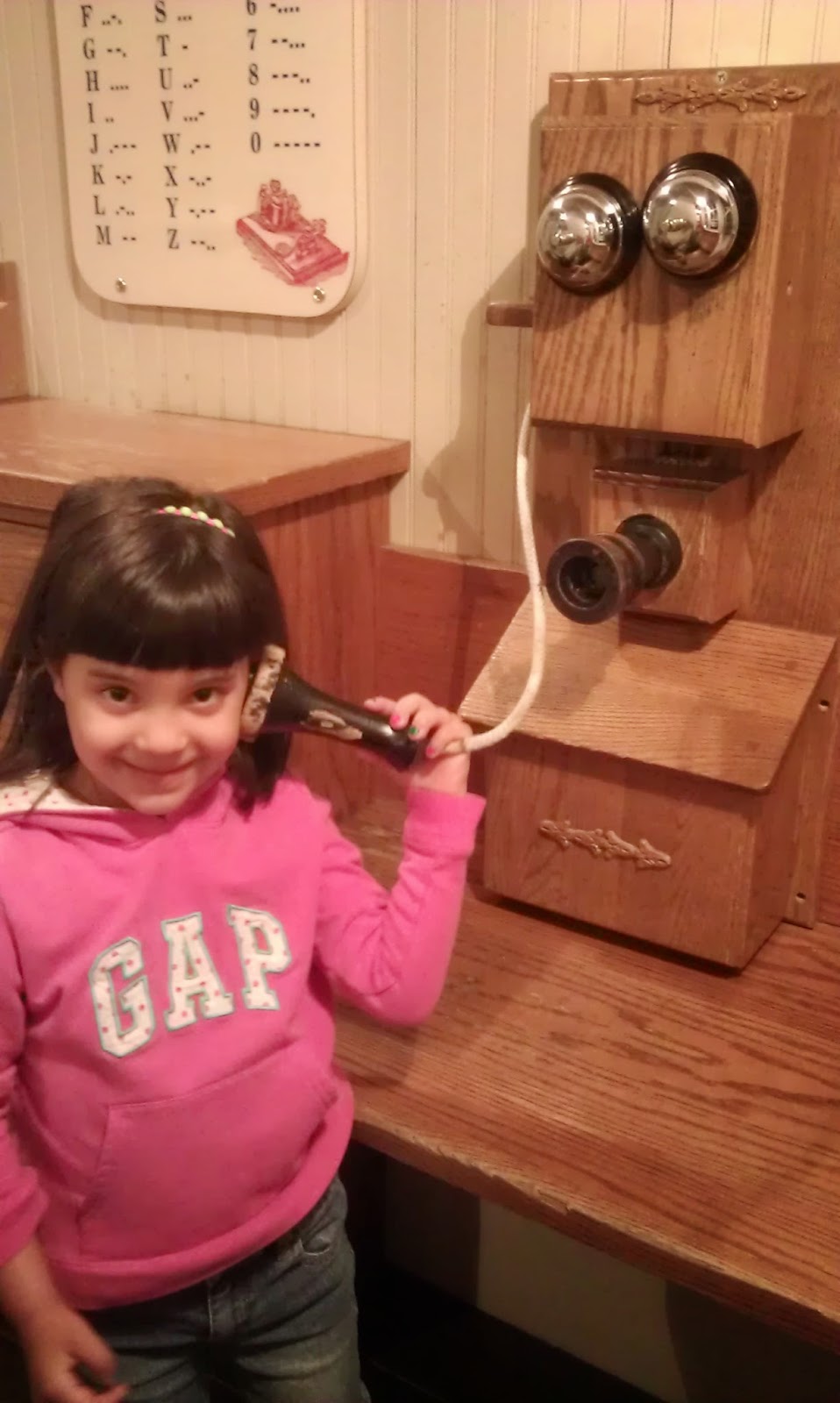 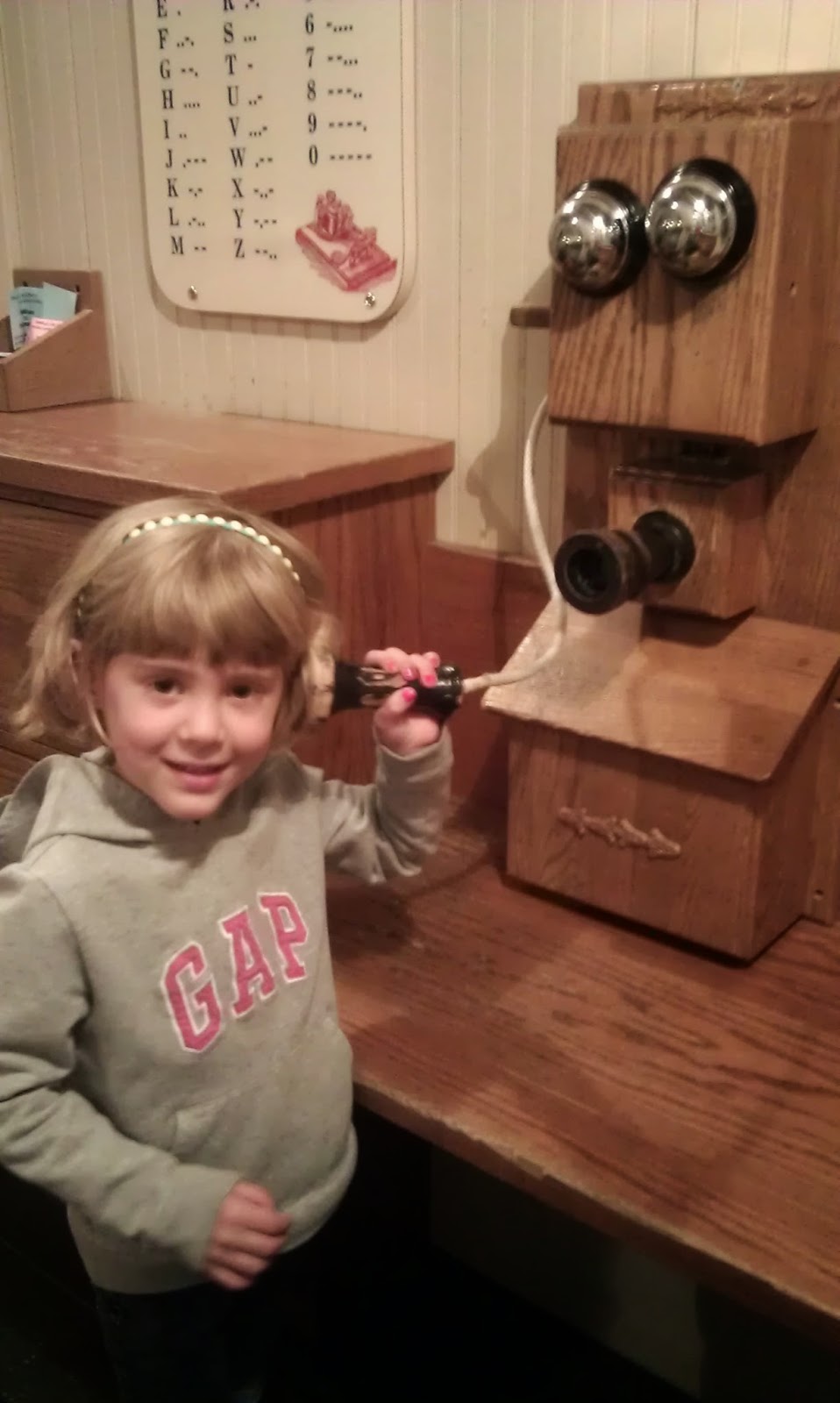 Alexis asked me what this "thing" was.  She didn't believe me when I told her it was an old phone. 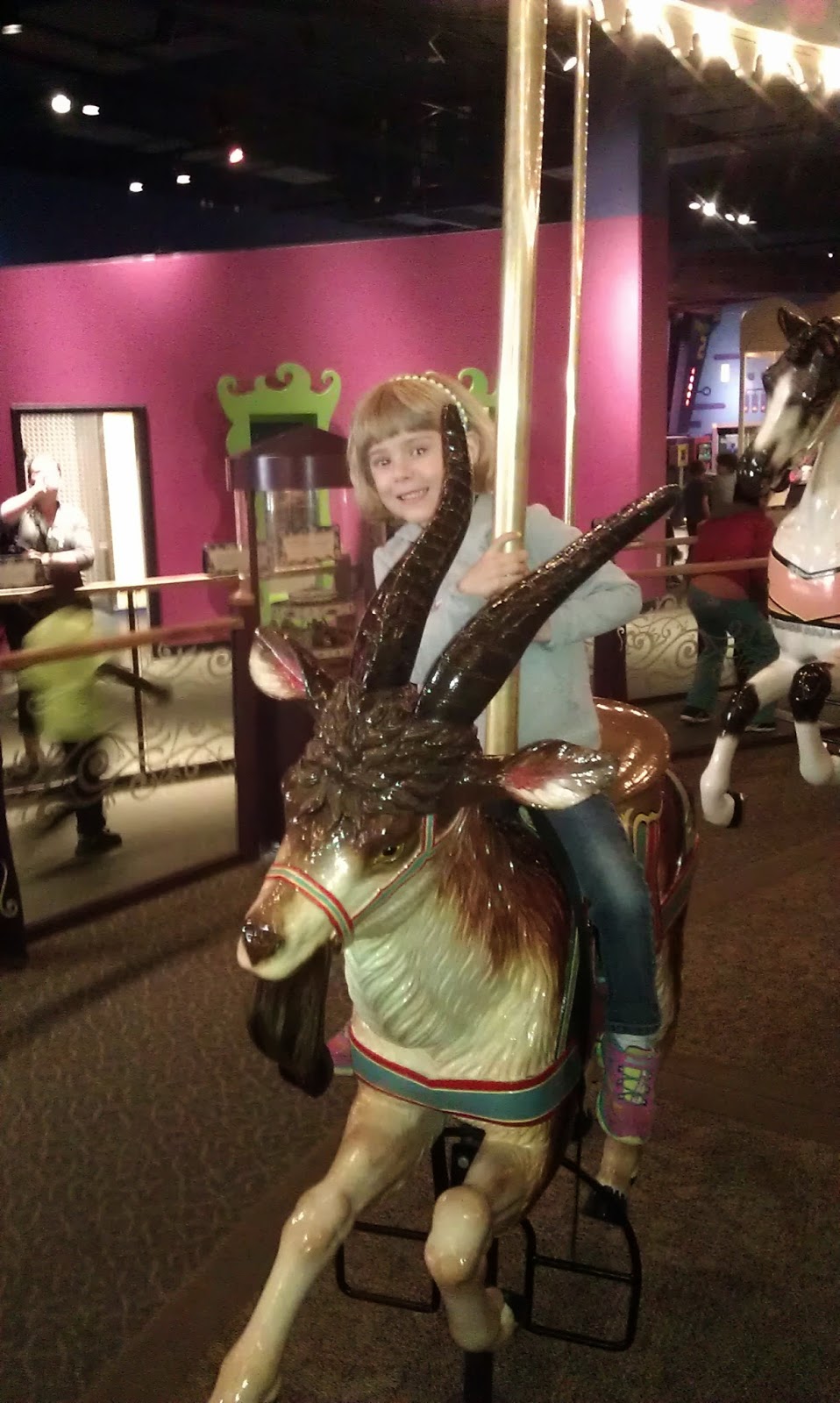 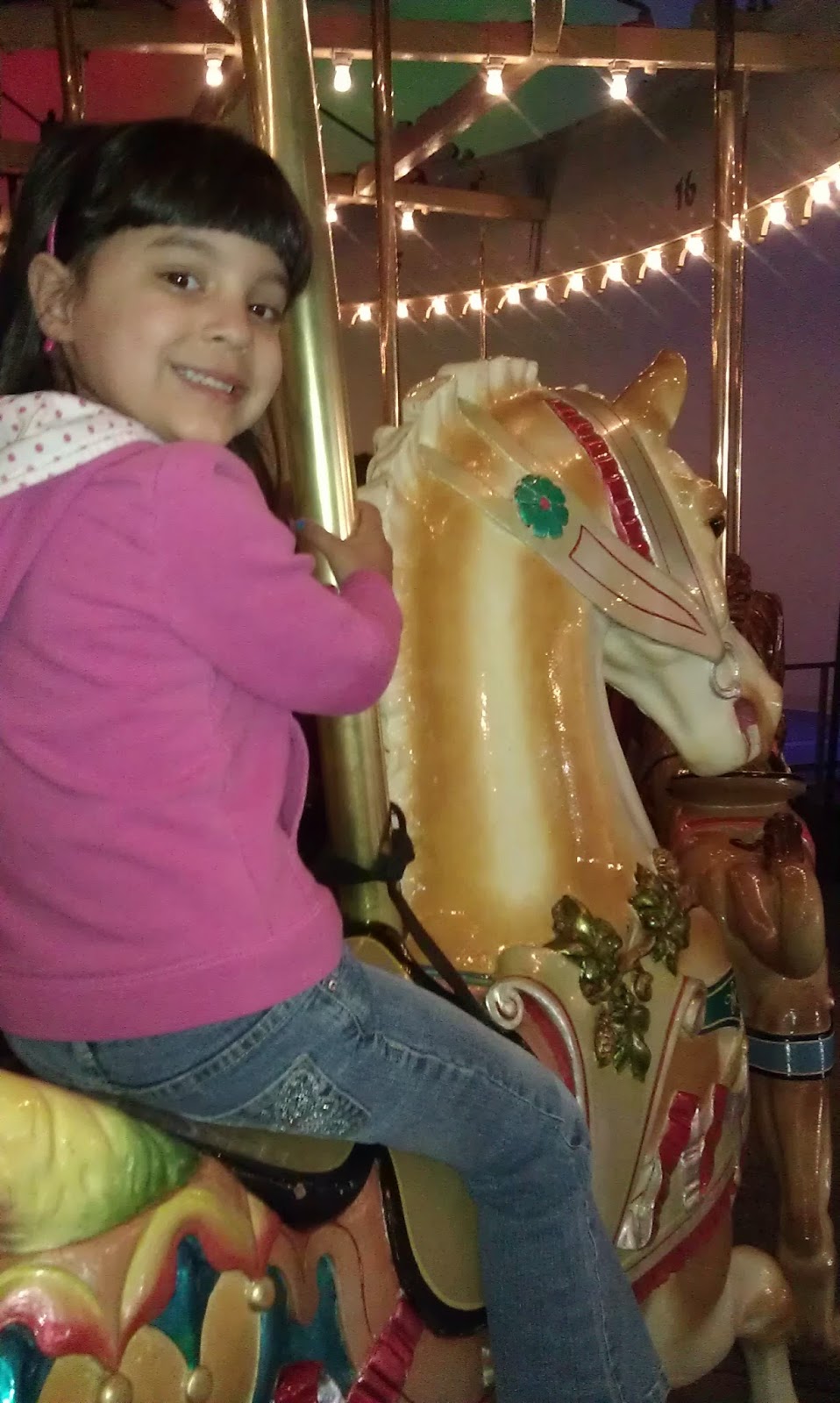 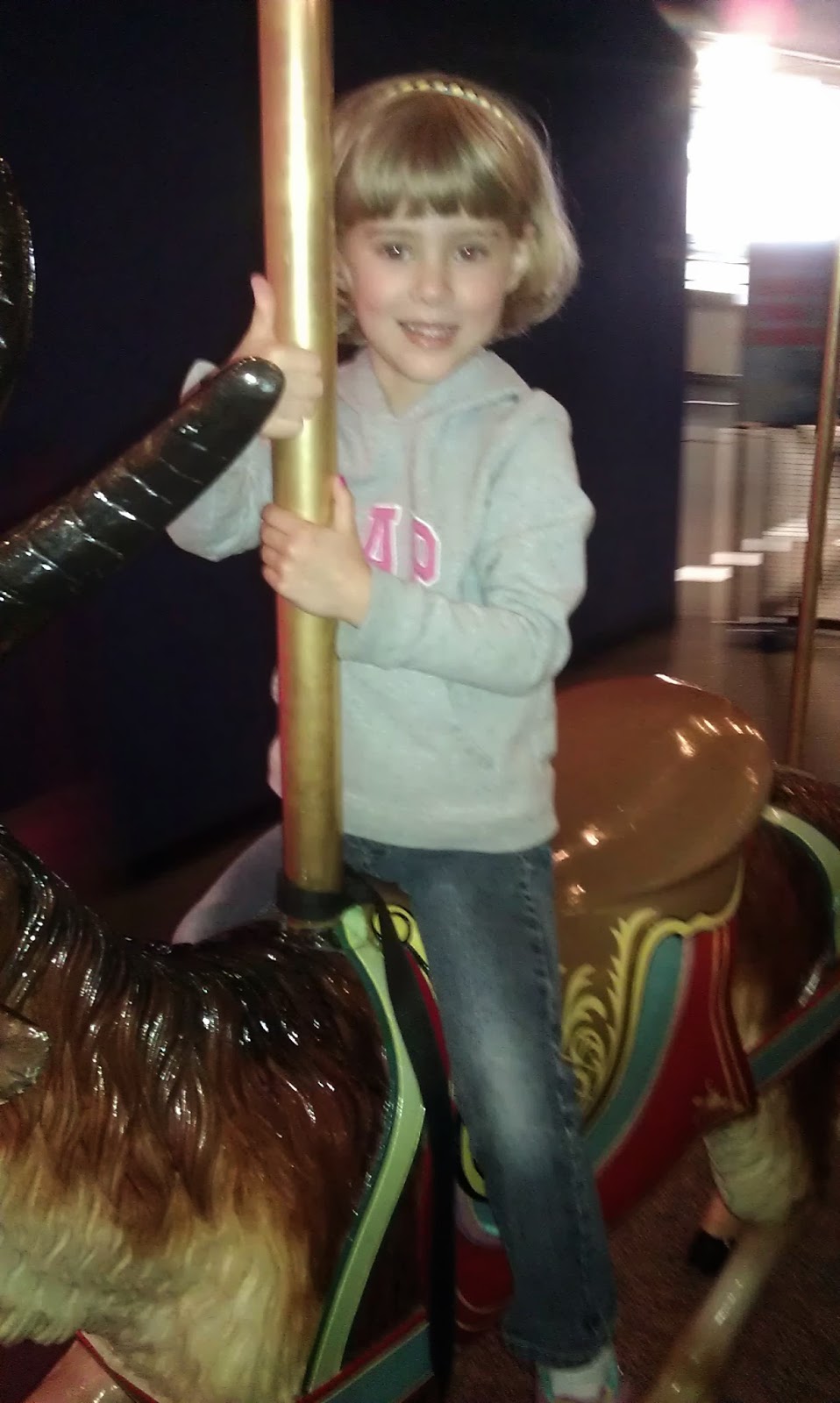 The indoor carousel was a huge hit.  We rode it twice, since there was no line.  Above photos were the first time:  Alexis chose the horse and Addison chose the goat.  I wish Addison's photo was a little clearer.  Love her giving me the thumbs up! 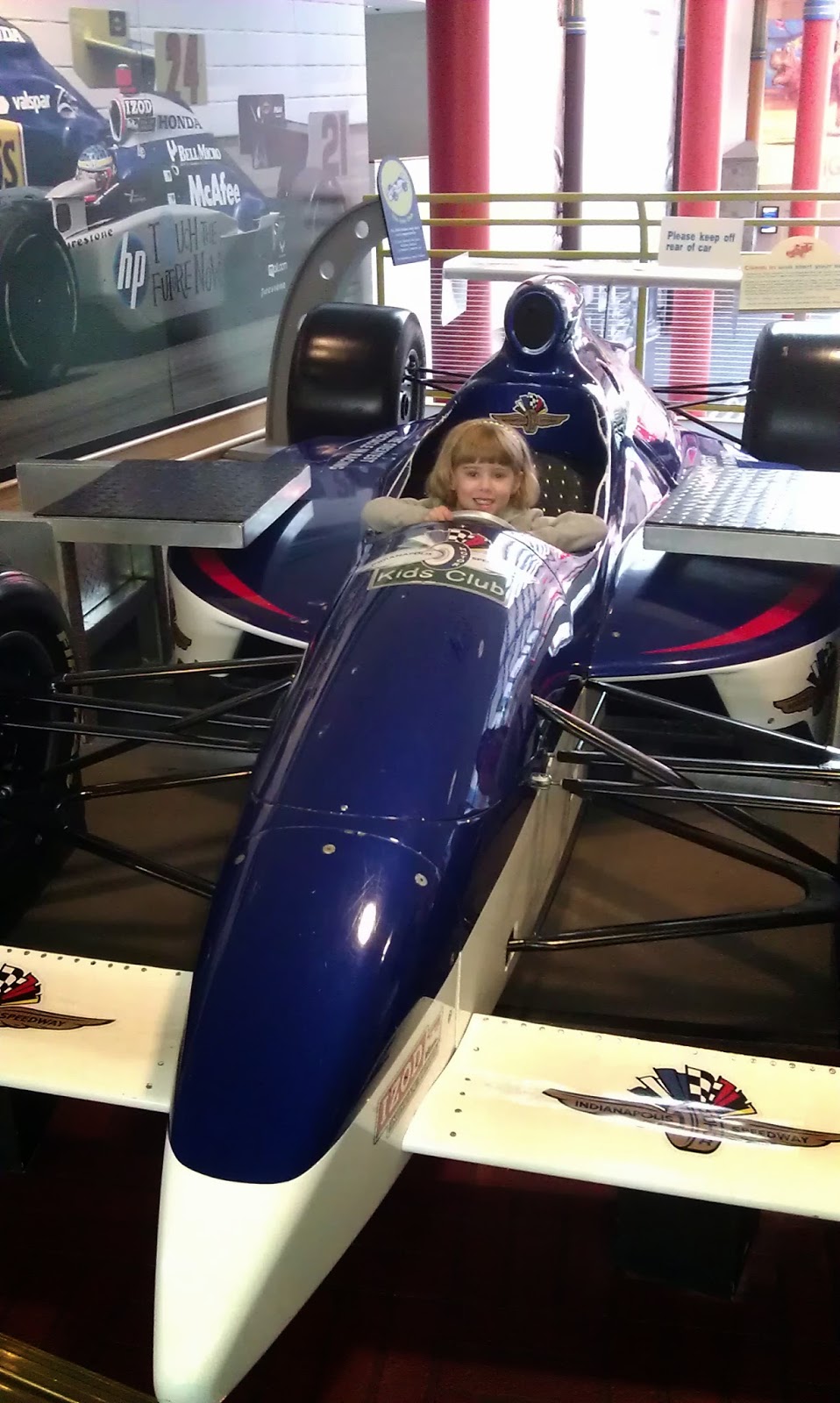 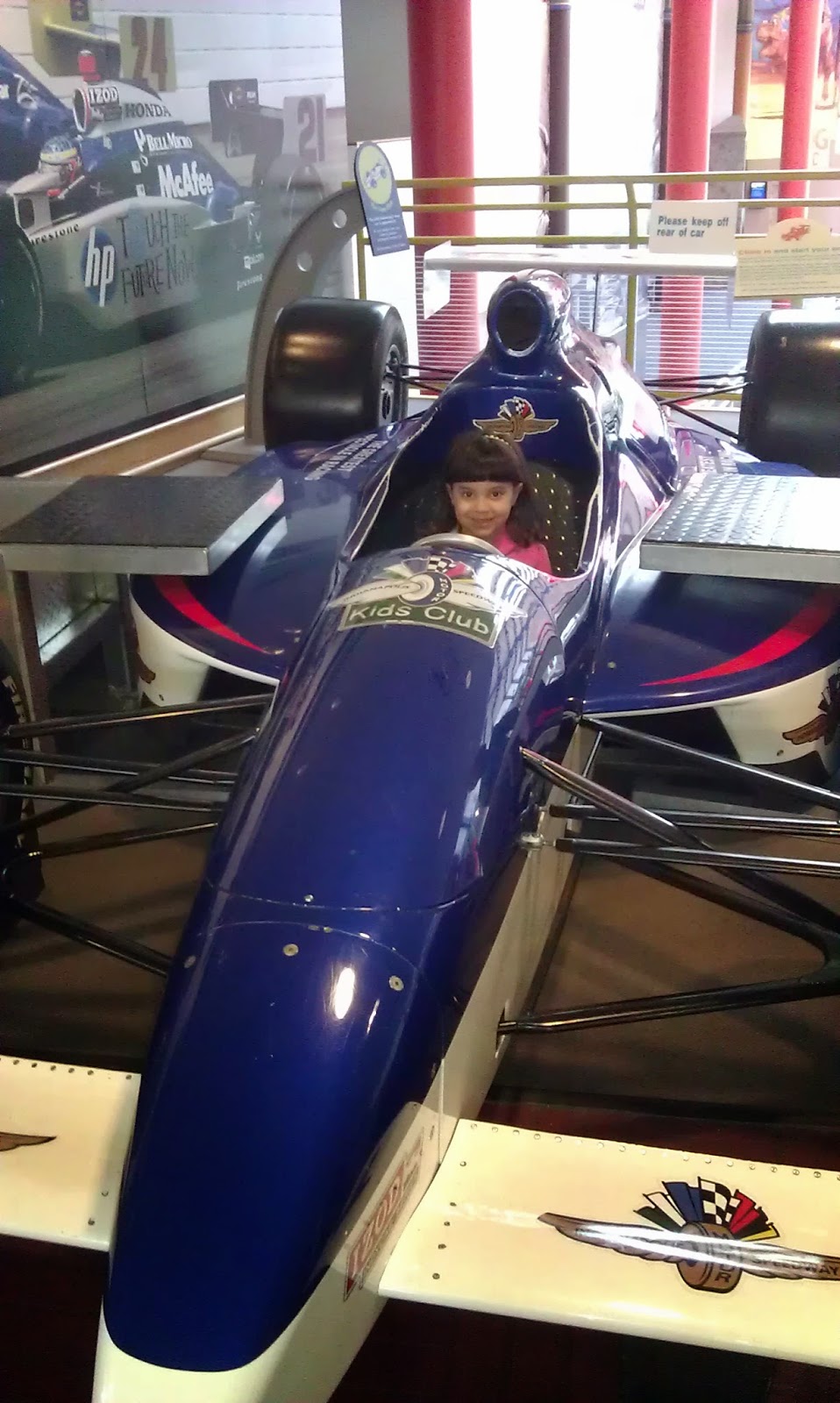 It's definitely race month here in Indy.  You can't go anywhere without seeing Indy 500 garb.  The girls were stoked to sit in a real life sized Indy car.  I was actually quite surprised at how small these cars really are. 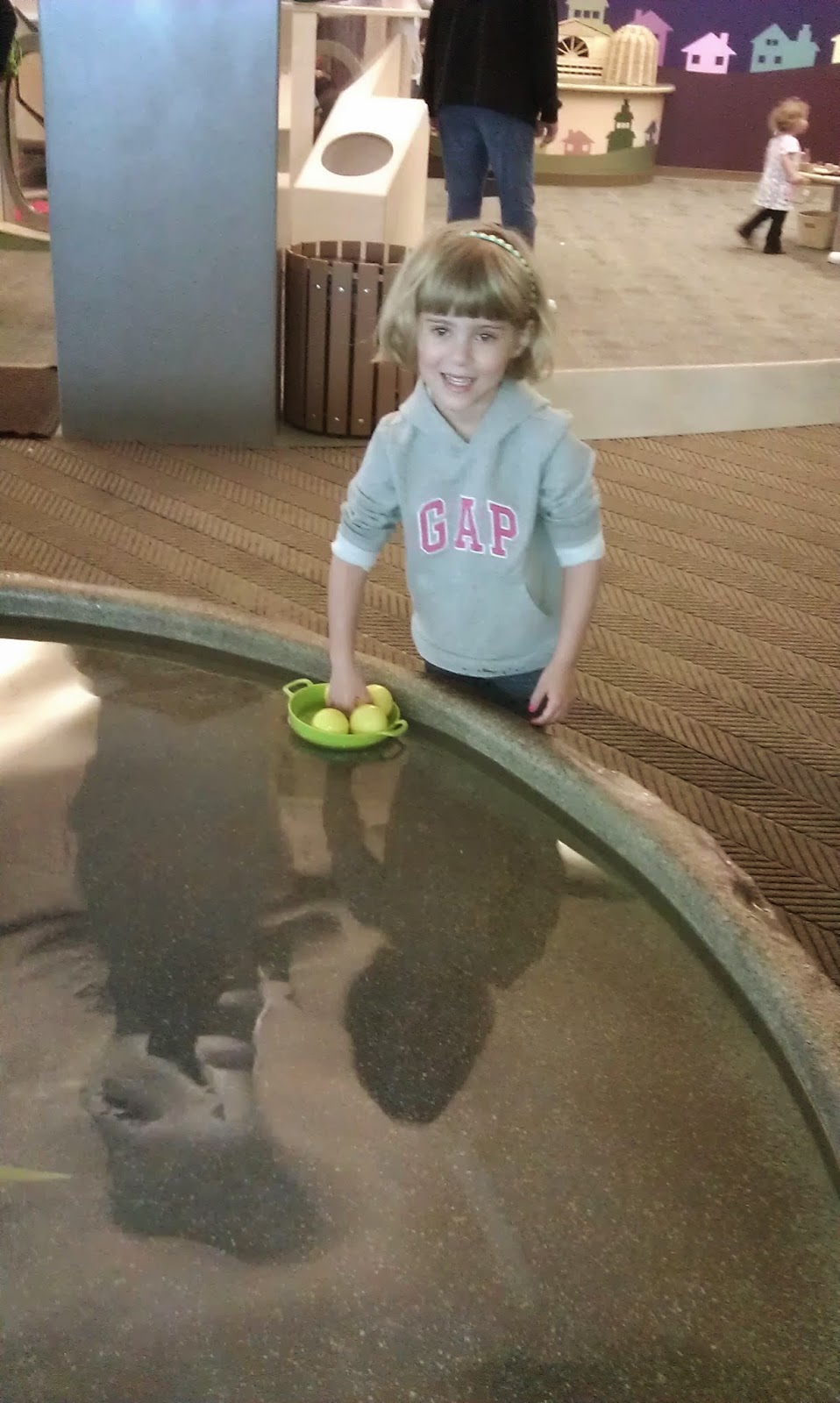 The water area in the playskape is always a hit with the girls. 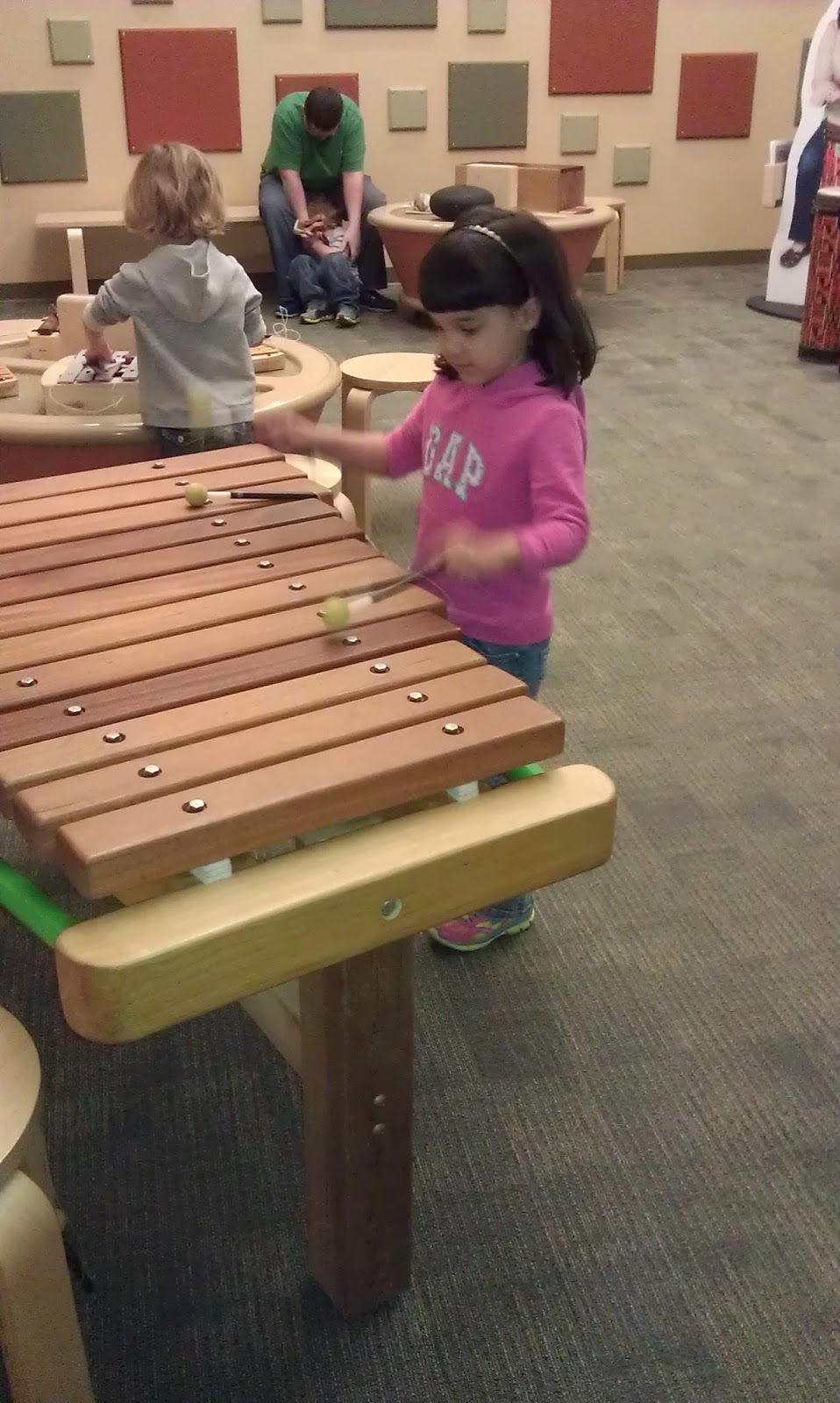 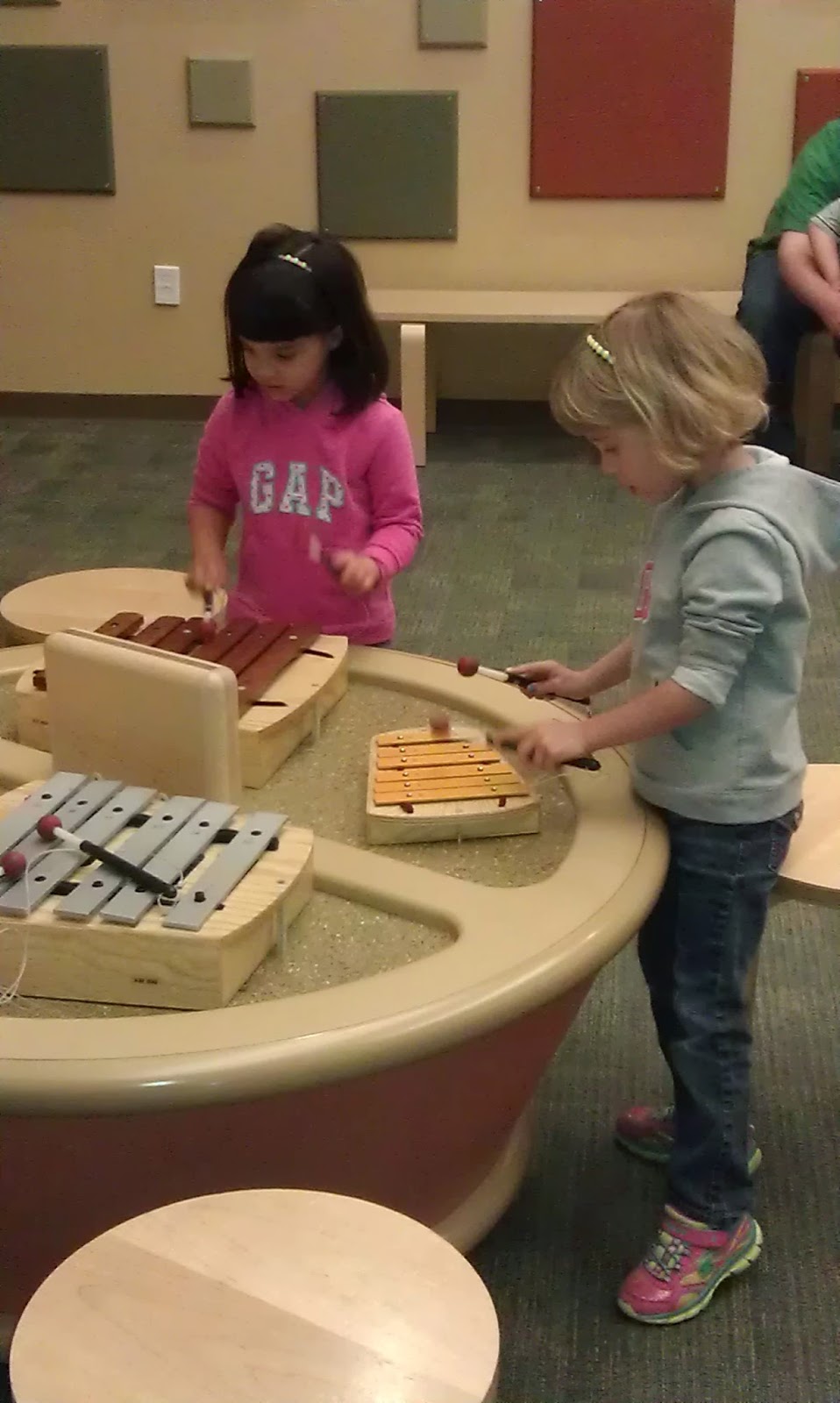 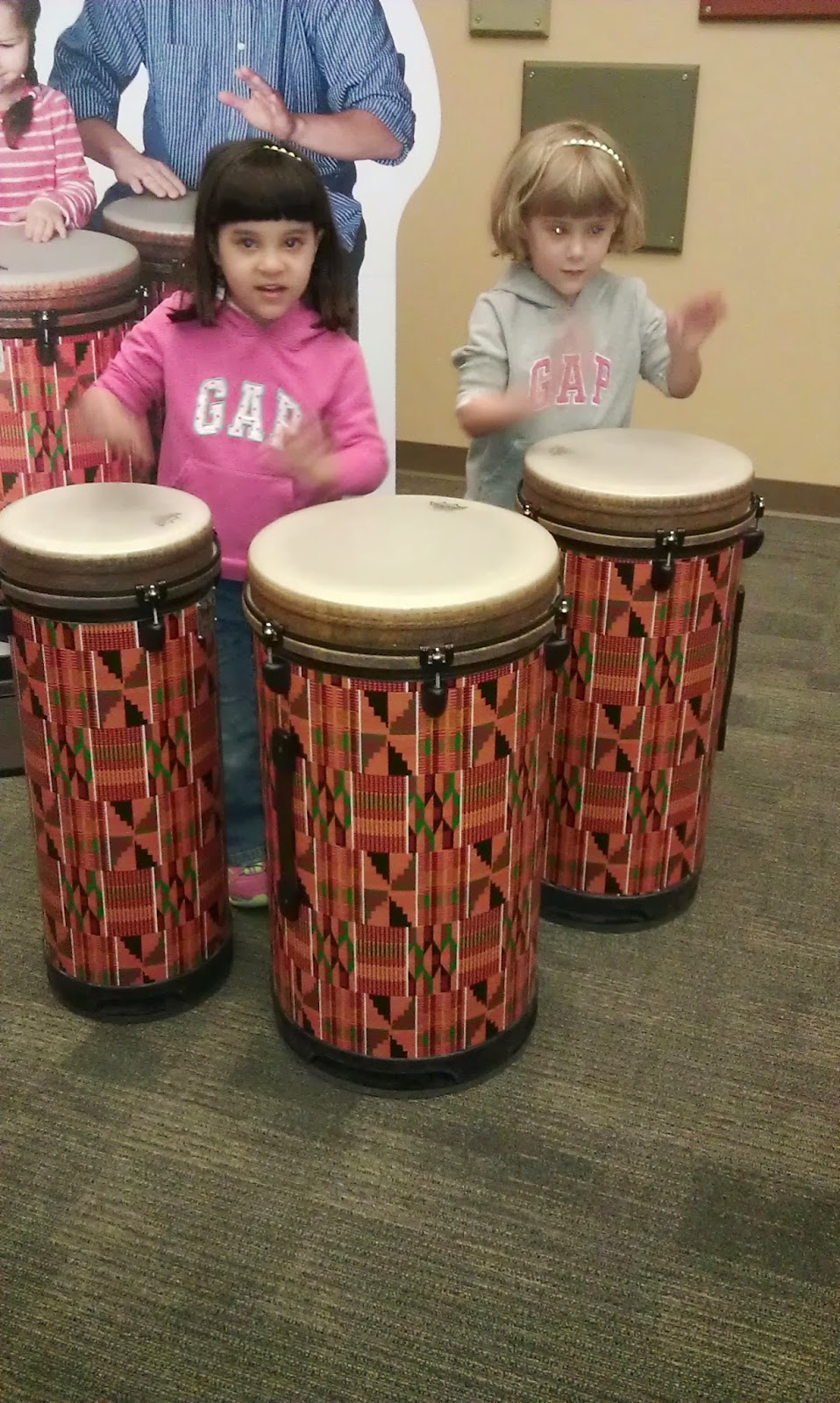 My girls have always loved music.  We spent almost 45 minutes in the music room. 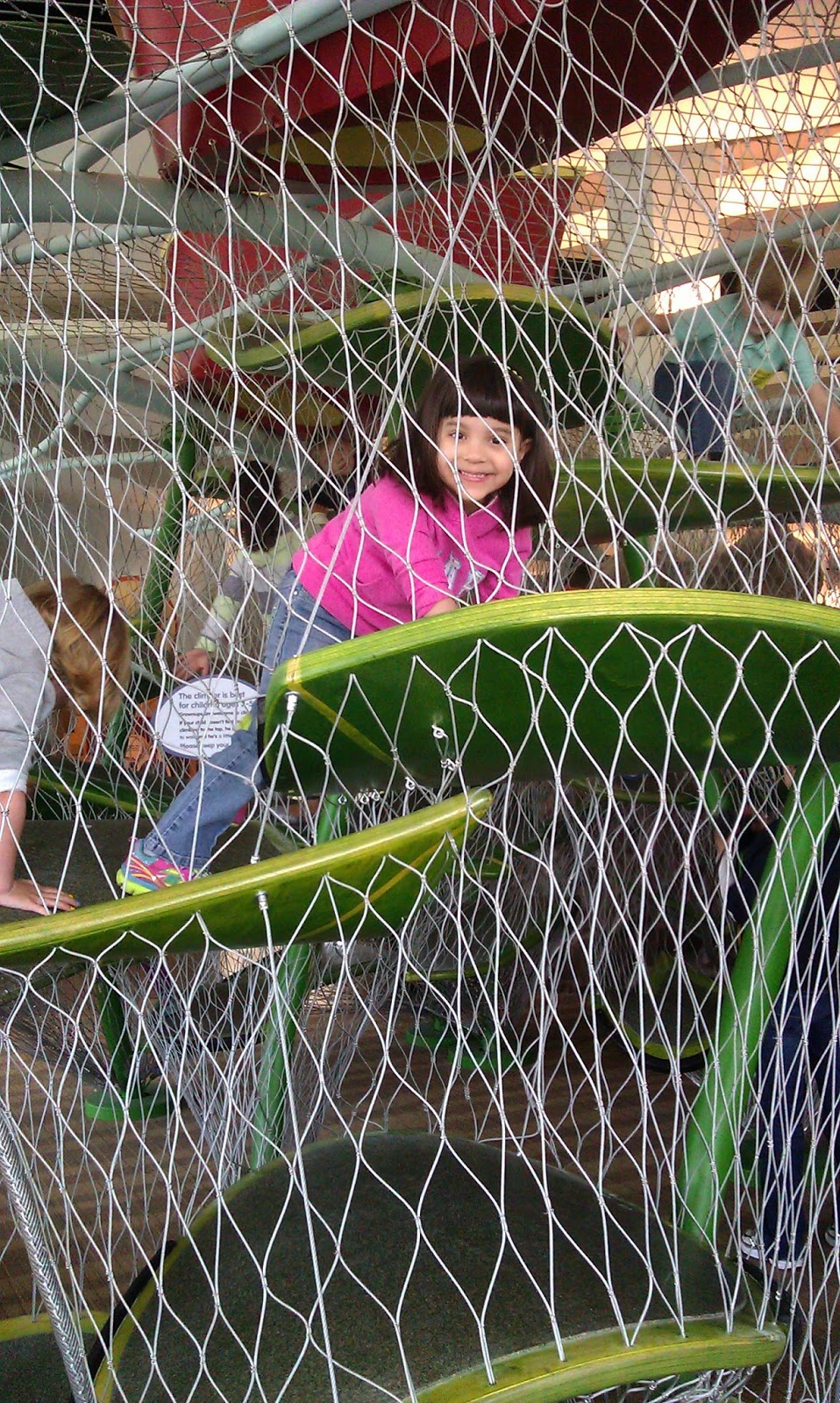 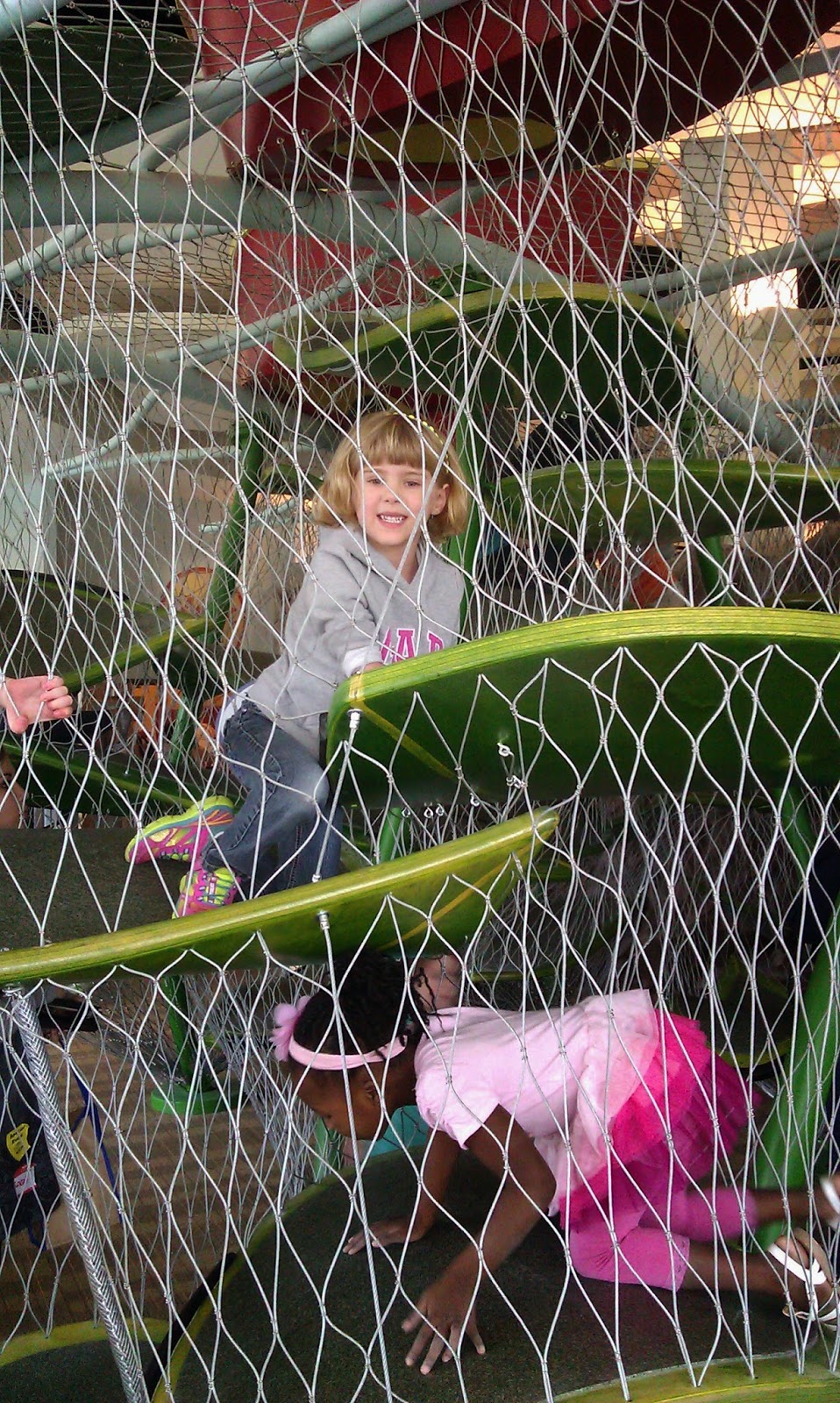 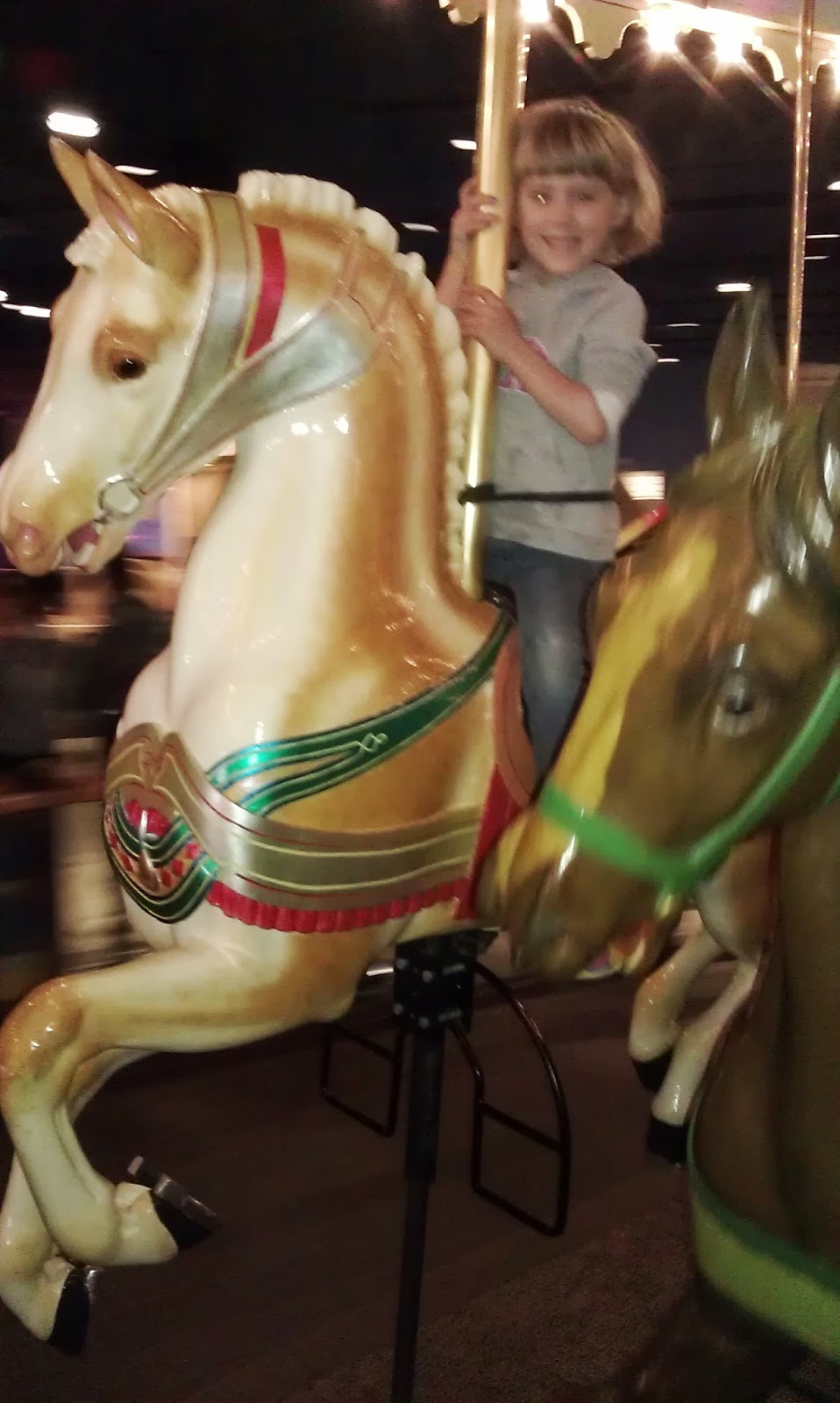 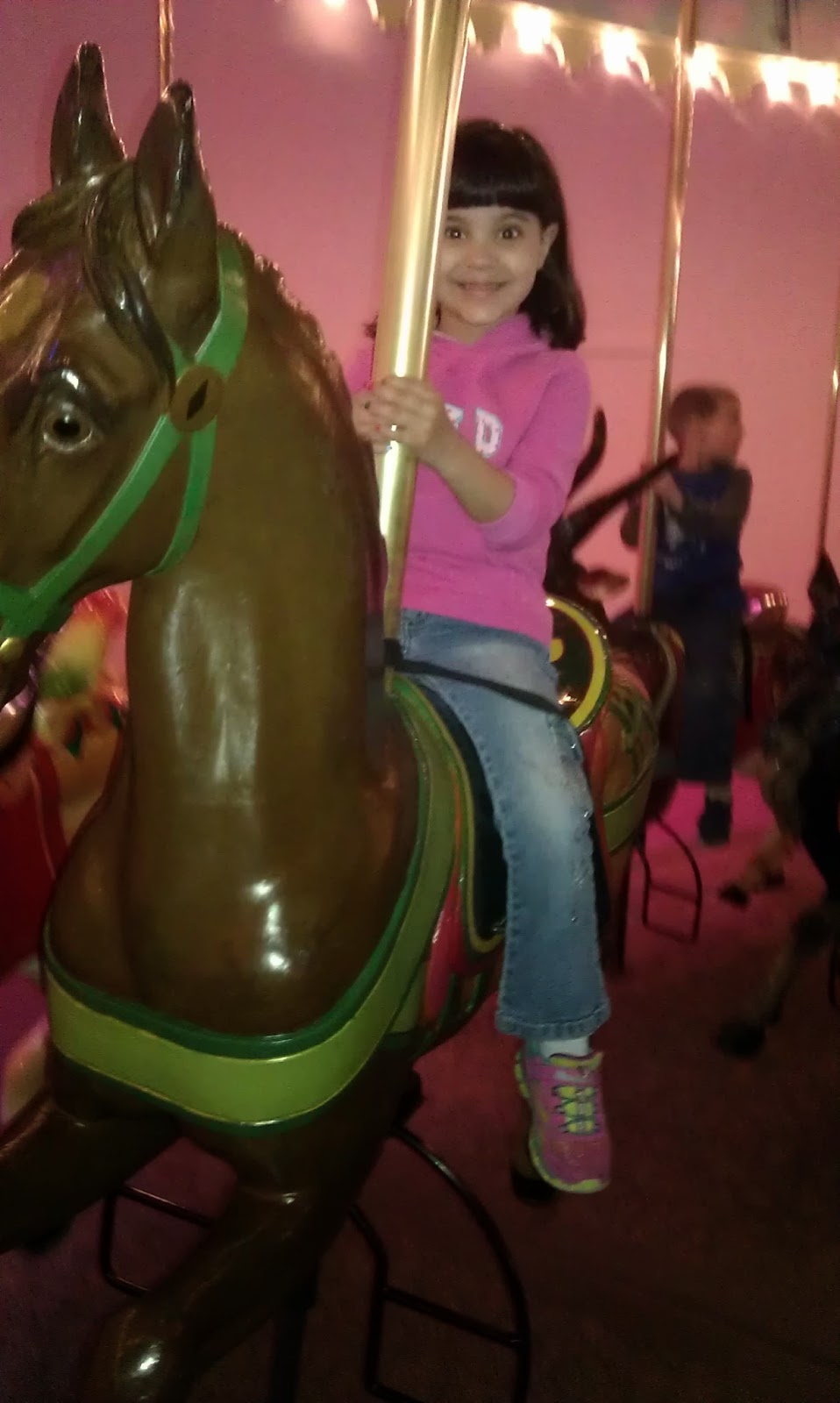