For those of you who didn't see my most recent Facebook status....I wanted to let you know that we are safe and sound and the "lizard warning" has been cancelled!!!

We recently receive a significant amount of snow that also included a blizzard warning issued by the National Weather Service.  Addison must of heard Terry and I discussing this because yesterday when I came downstairs after taking a shower....she promptly announced that she heard on the tv that the "lizard warning had been cancelled".  Love her!!

I was fortunate enough to have the day off work and was able to play outside with the girls.  Due to the "lizard like" conditions, we weren't able to stay outside long. We went out early in the morning before the snow got too deep and the winds got too strong. 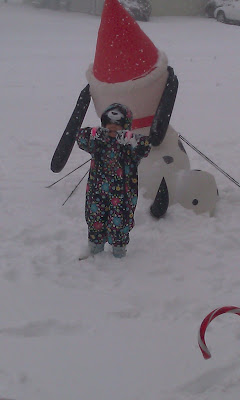 Love this little goof ball!  Even while outside she wanted to make a silly face for the camera! 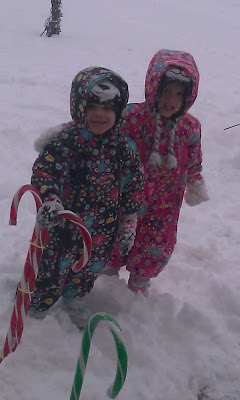 If you can't tell...Alexis is on the left & Addison is on the right. 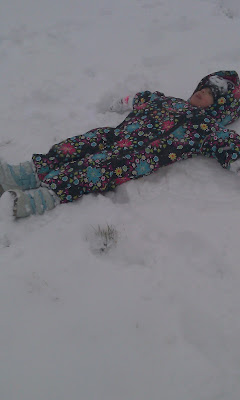 
Stay tuned....Christmas post(s) will be along shortly!!