On Wednesday evening of this week, the girls pre-school hosted a pumpkin carving night.  The girls were so excited to carve their pumpkins.

Alexis decided that she was going to work with me and that she wanted to carve a kitty into her pumpkin.  This was the original idea she wanted: 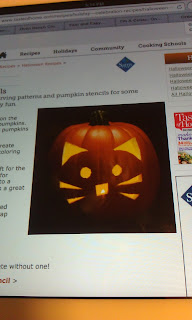 It didn't quite turn out the way we had hoped but still looks cute! 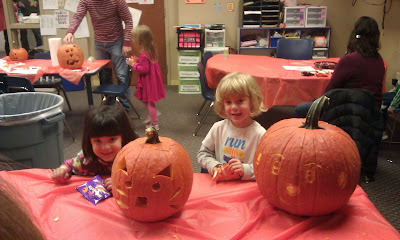 Addison decided she was going to work with Terry and that she wanted to do a Caillou pumpkin.  Not sure where the idea came from?  We couldn't find any Caillou stencils, so Terry decided to wing it.  You can see in the above (and below) photos what the original Caillou looked like. 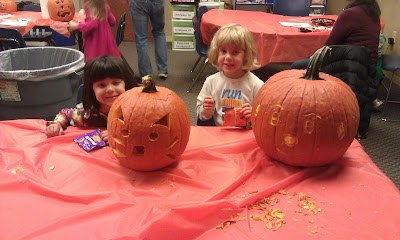 After we got home Terry continued to "sculpt" his masterpiece.  Caillou somehow transitioned into a Shrek pumpkin.....a REALLY CREEPY looking Shrek!  :-) 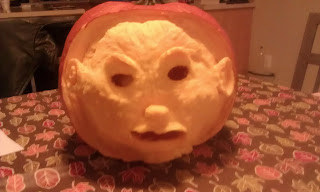 It seriously looks so creepy.  Although, I can not wait to see it lit up at night!!
Posted by Janet at 7:30 AM