We are slowly trying to get things back to normal around our house.  I will post soon about our recent water incident.  The last of the fans, air movers, and dehumidifiers were pulled from the house late Friday evening.  We meet with the contractors tomorrow morning to plan the re-build.  Once I can get to the office computer again, I will definitely do a blog update!!!


************************
Still back-tracking a little to get caught up!   Memorial Day weekend, Saturday, May 24th to be exact, we took the girls to play miniature golf.  For a few weeks prior, Alexis had been requesting to go "hit balls with sticks".   I'm still not sure where she came up with that, but whatever!  I was able to score a groupon, family four pack to a local course, so it worked out perfectly.
The weather that evening was absolutely gorgeous.  The first three or four holes, Terry and I were both trying to show the girls proper form and we were keeping score.   Right around hole 5 we opted to ditch the score card and let the girls play however they wanted to play.  Once we decided to be a little more carefree it was so much more fun!!!  Terry and I both took one shot on each hole attempting to get a hole in one.  Anyone who knows Terry knows how competitive he is.....we were trying to see who could get more.  Final hole in one tally......Terry 3, Alexis 2, Me 2 and Addison 1.  I'm still shocked that we were able to get the girls to play 36 holes of golf.  I gotta say, it was just one of those perfect evenings where we were having so much fun that I didn't want it to end!!! 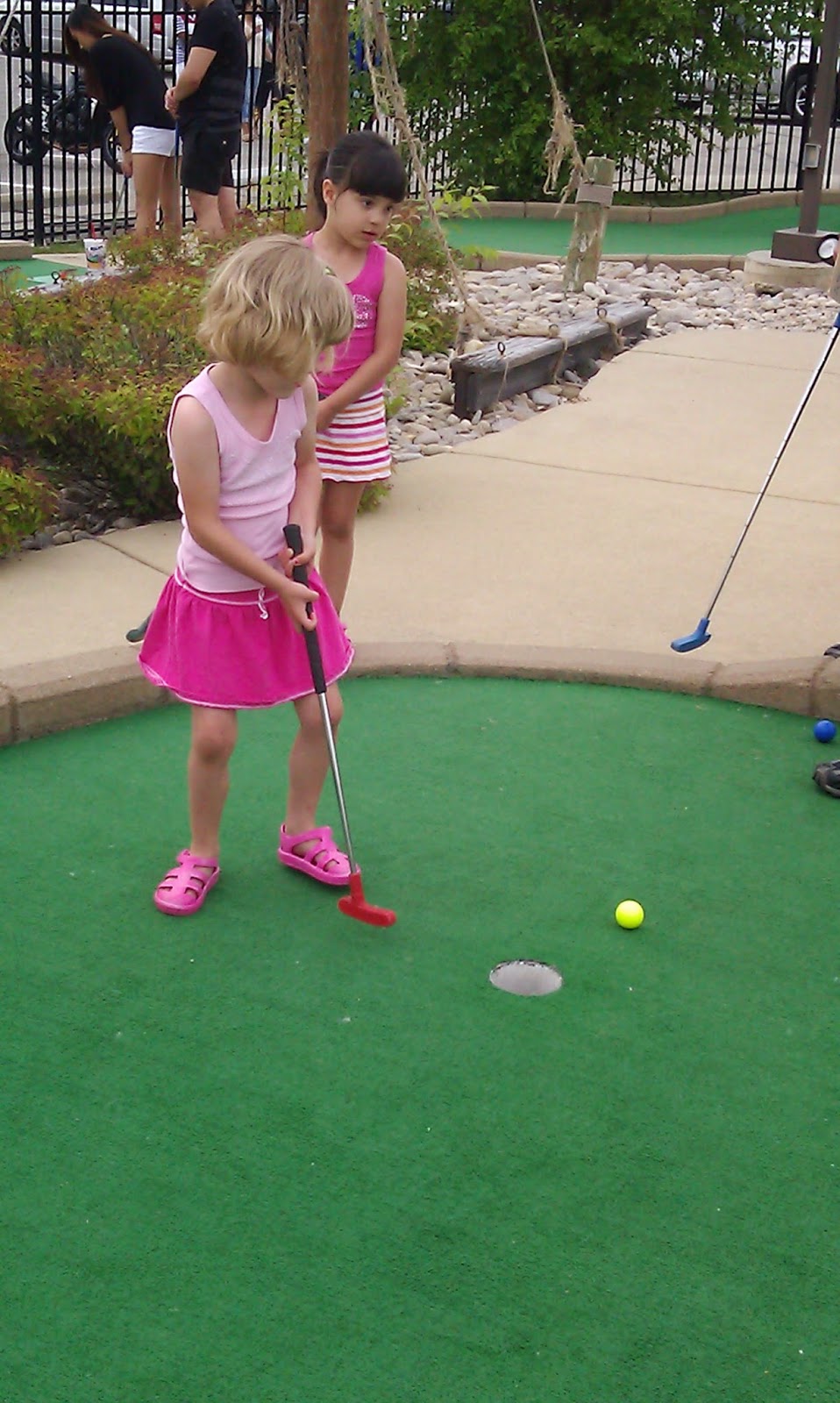 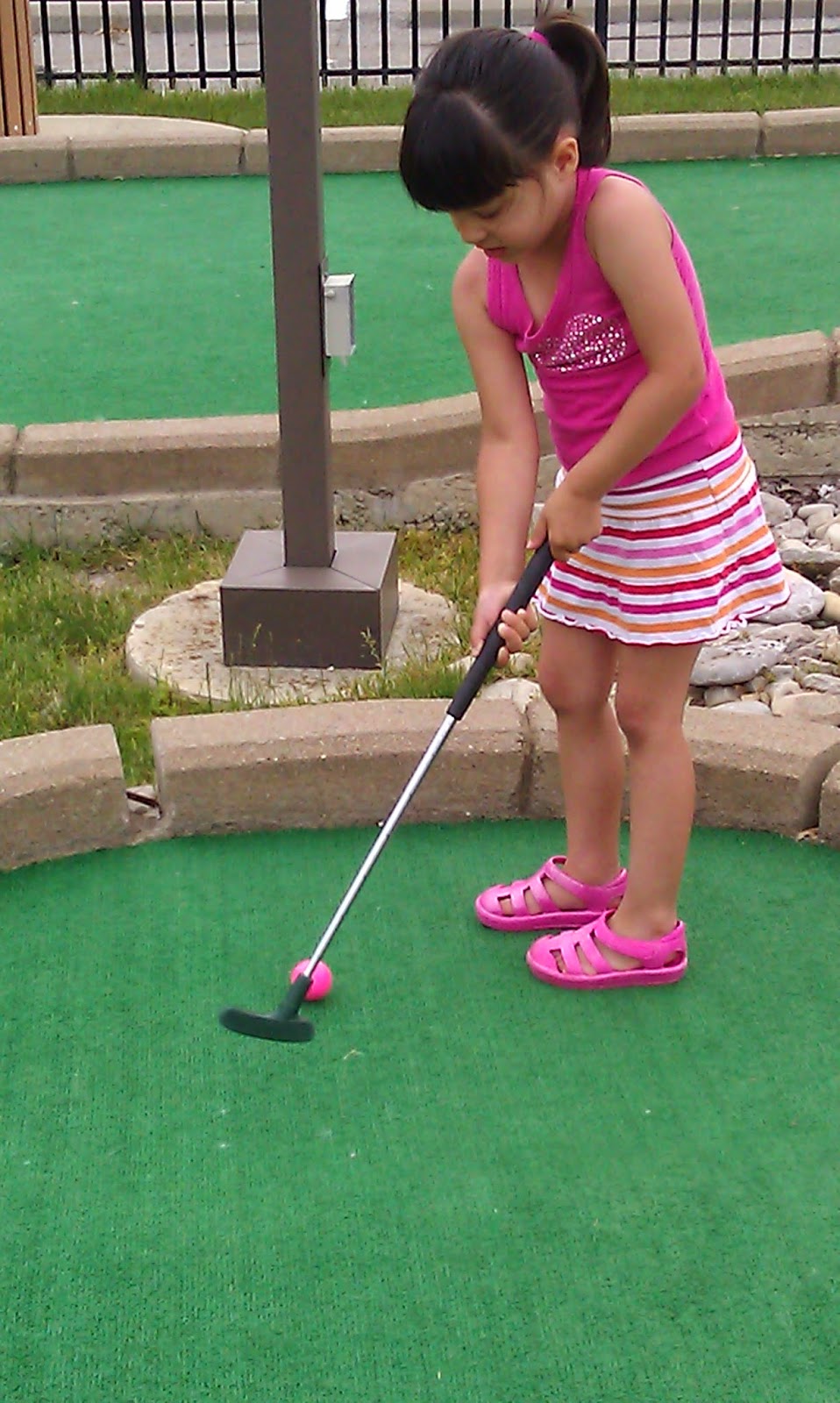 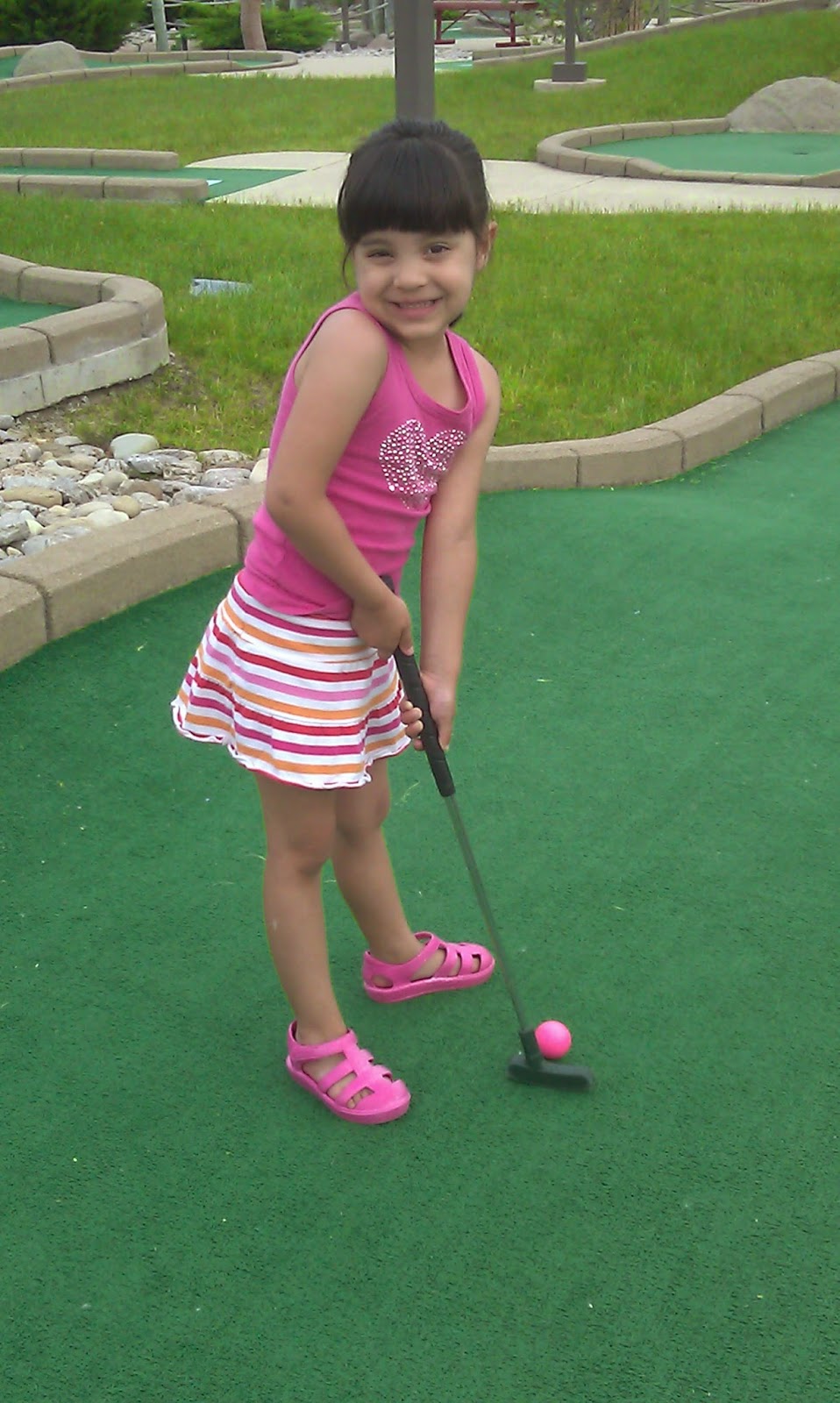 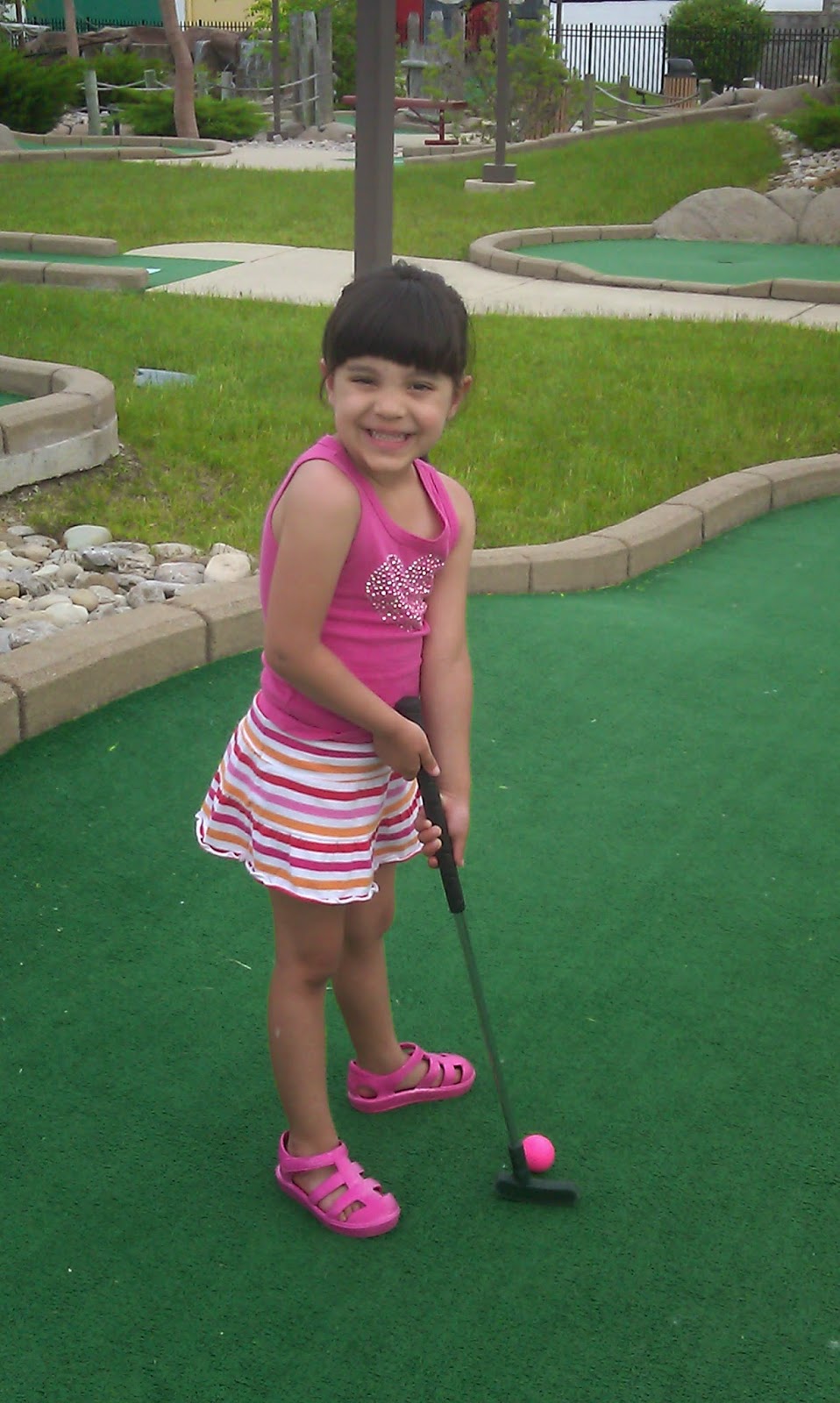 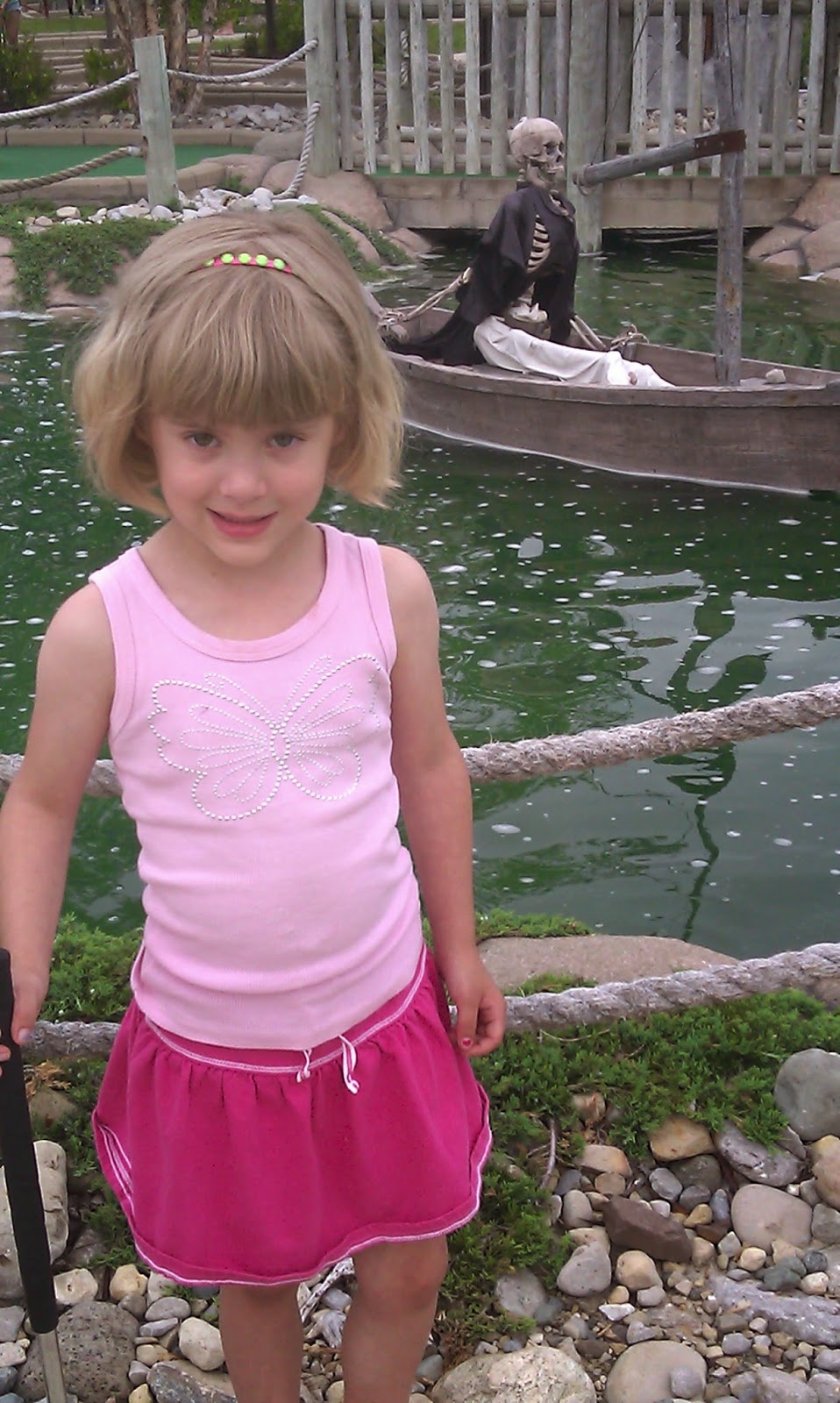 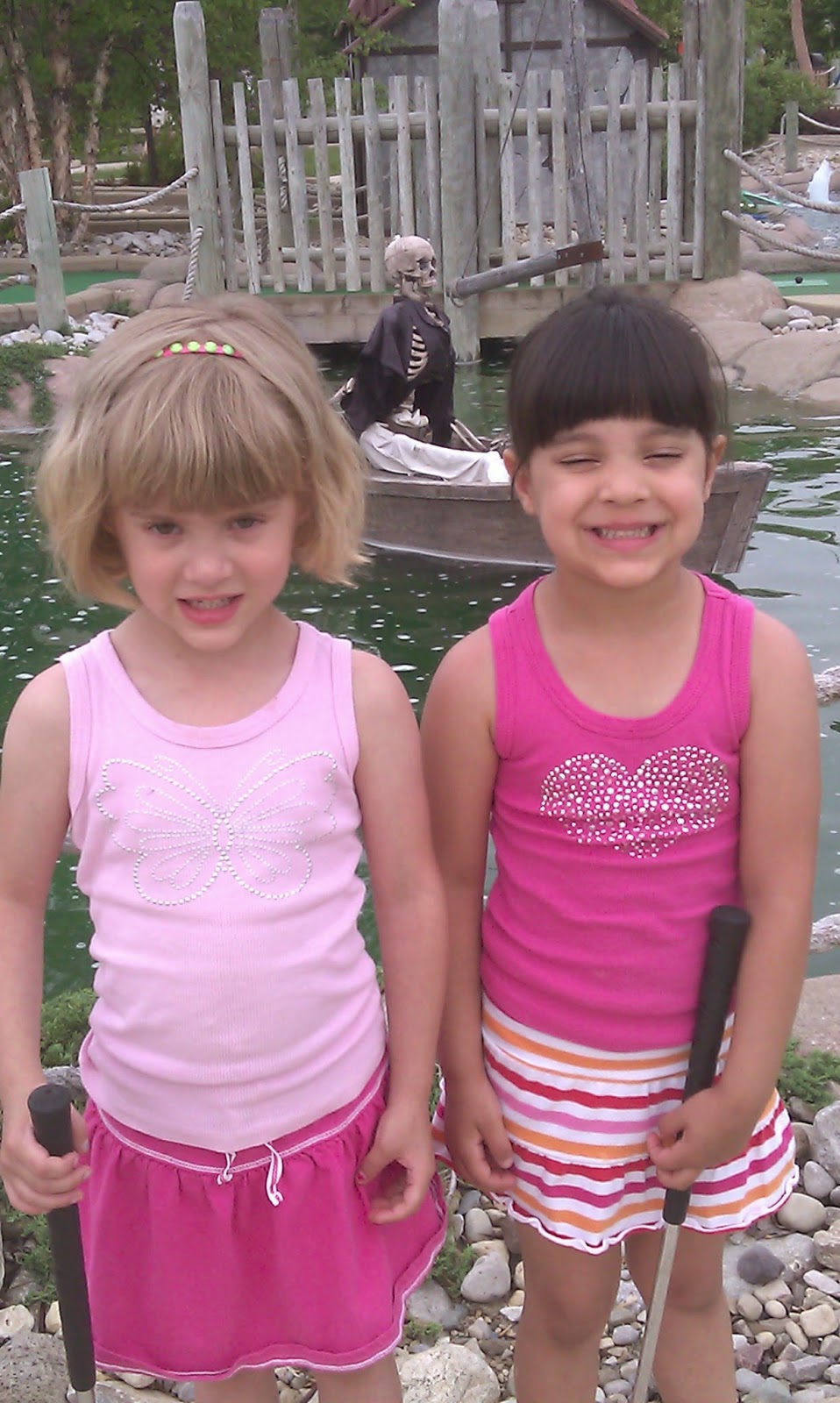 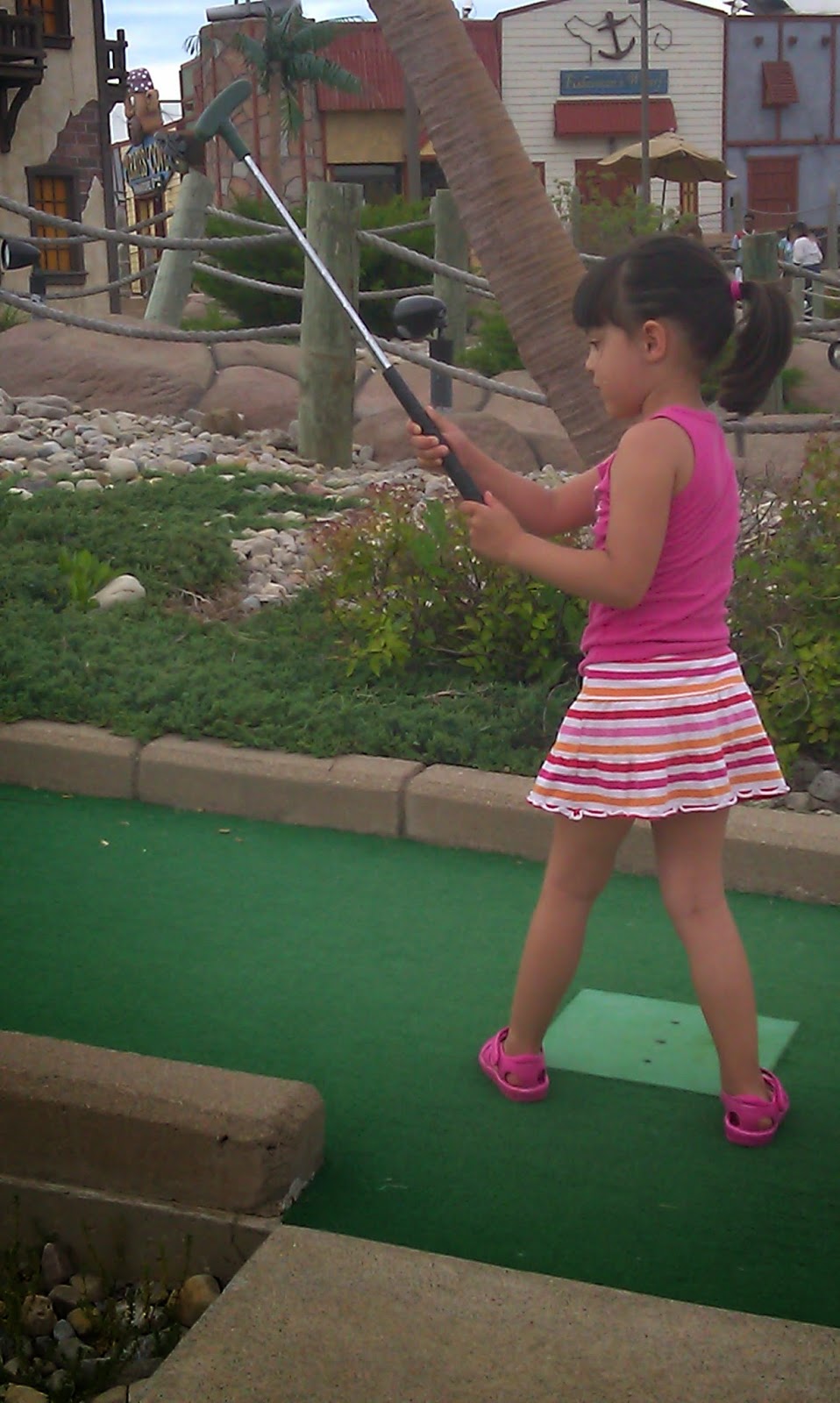 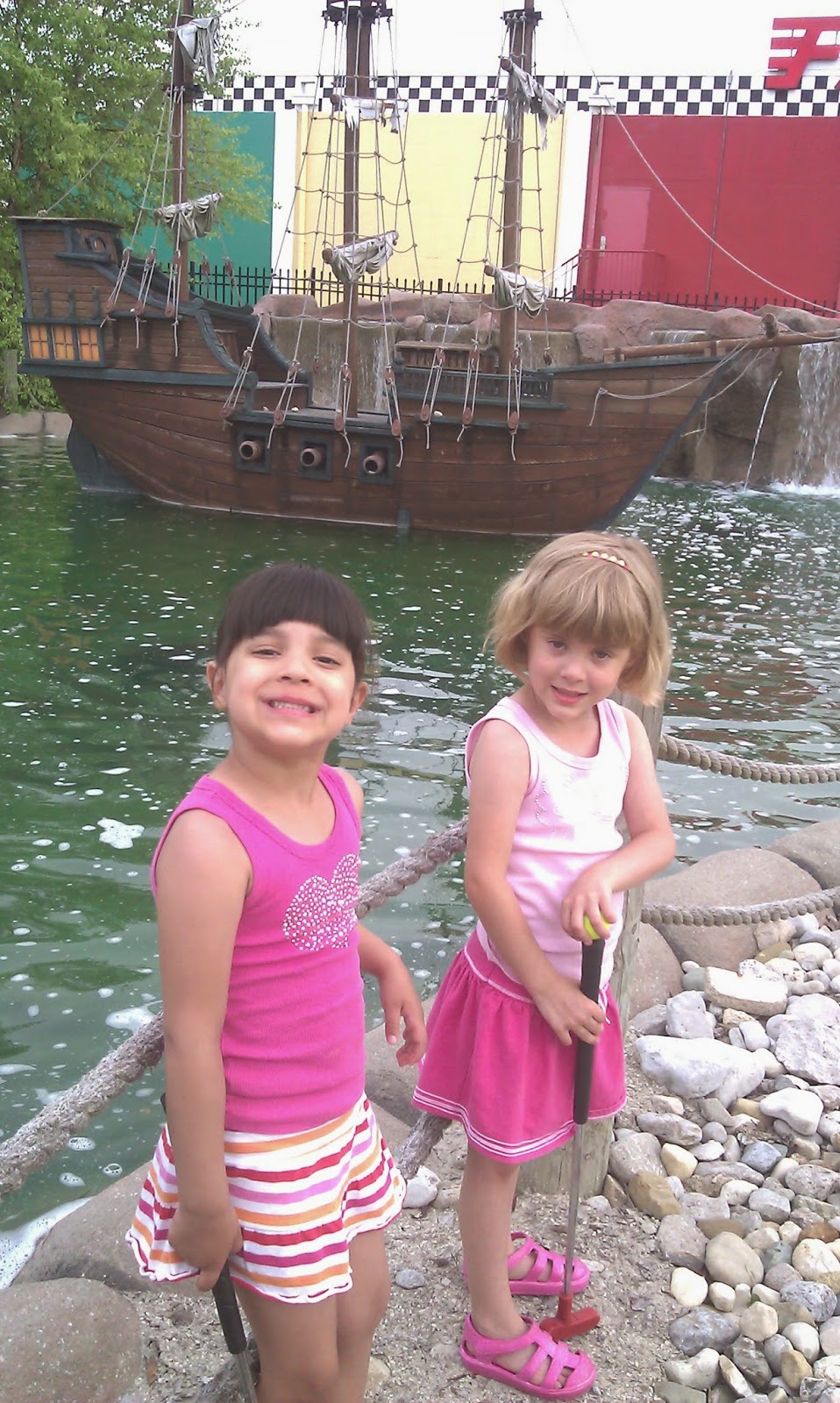 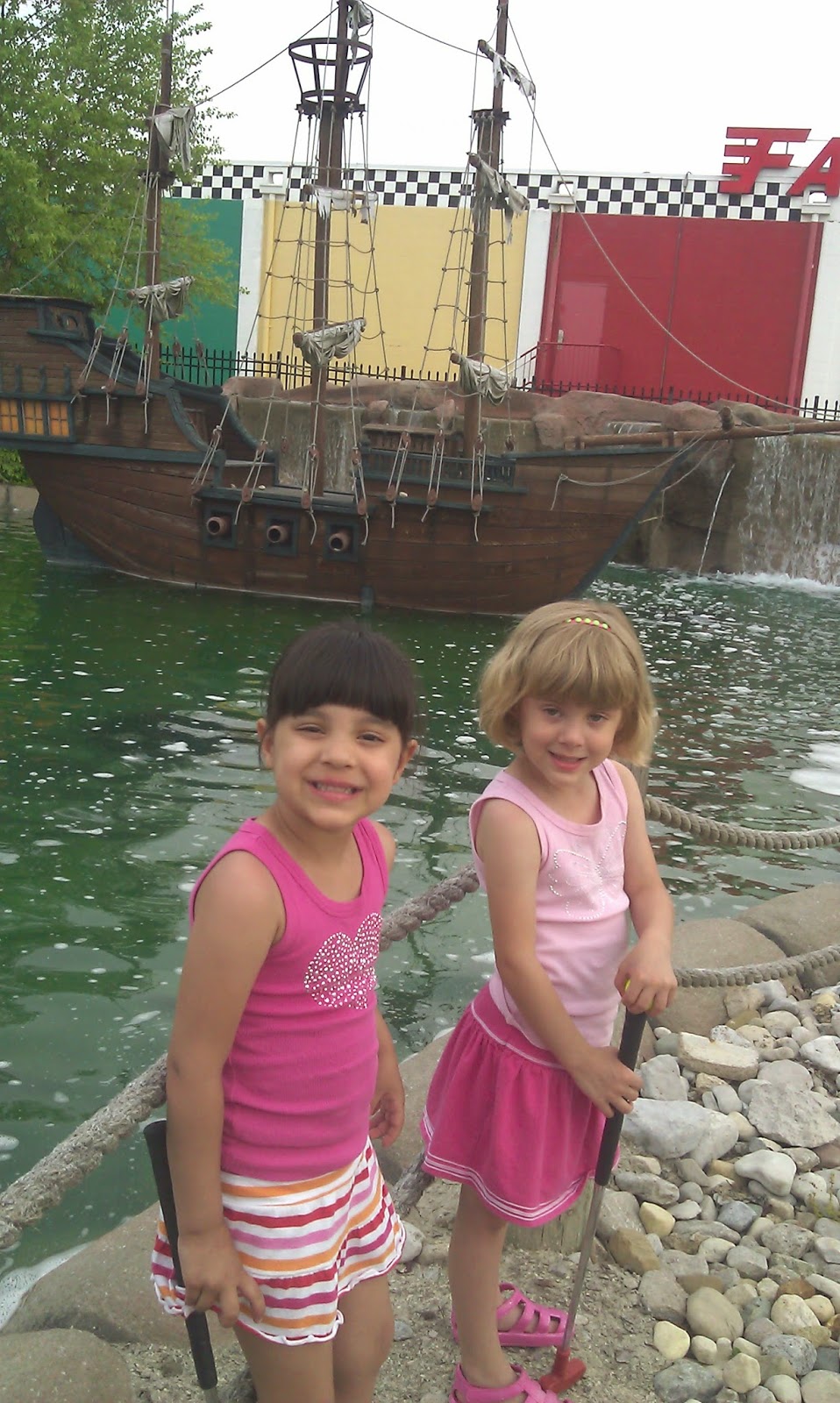 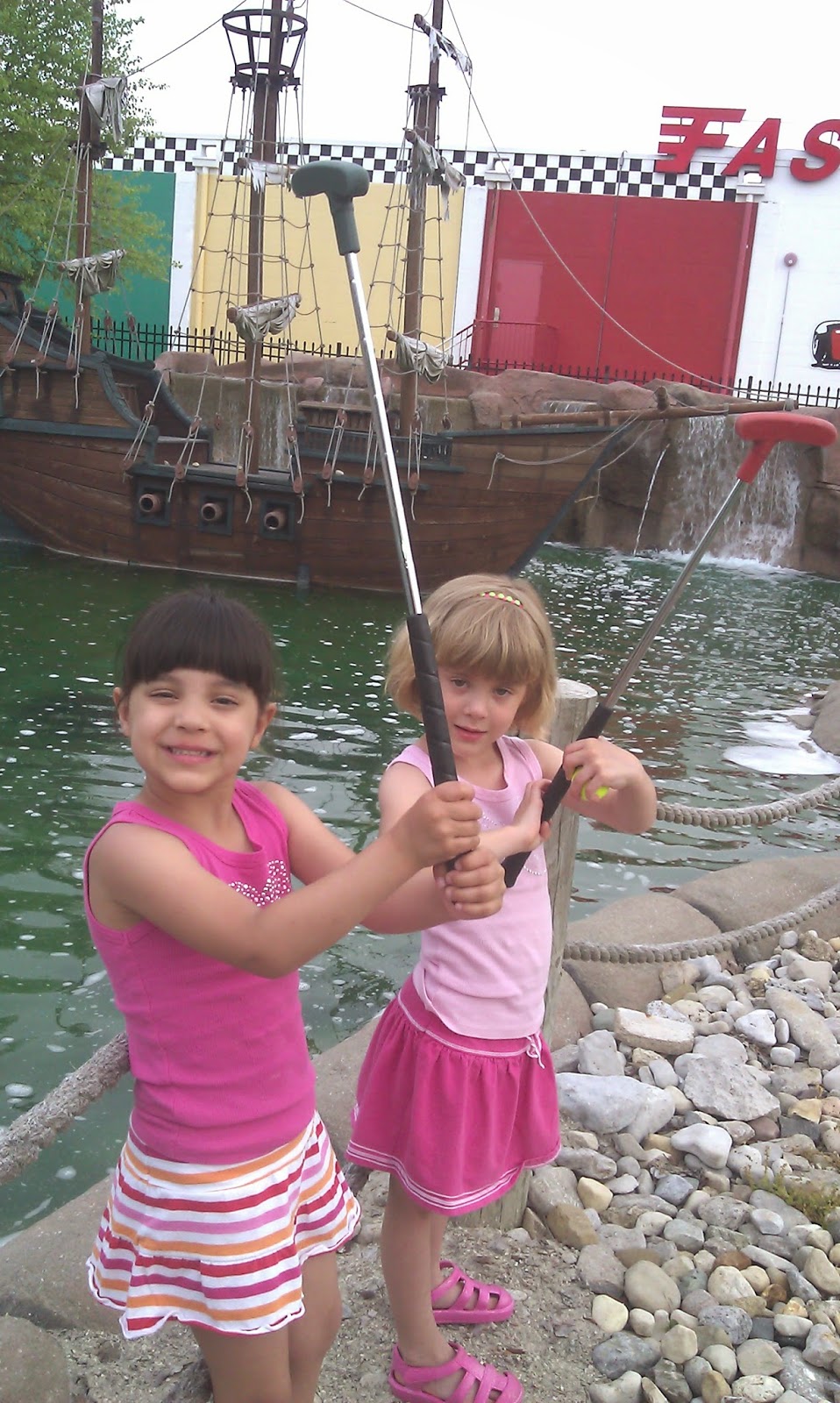 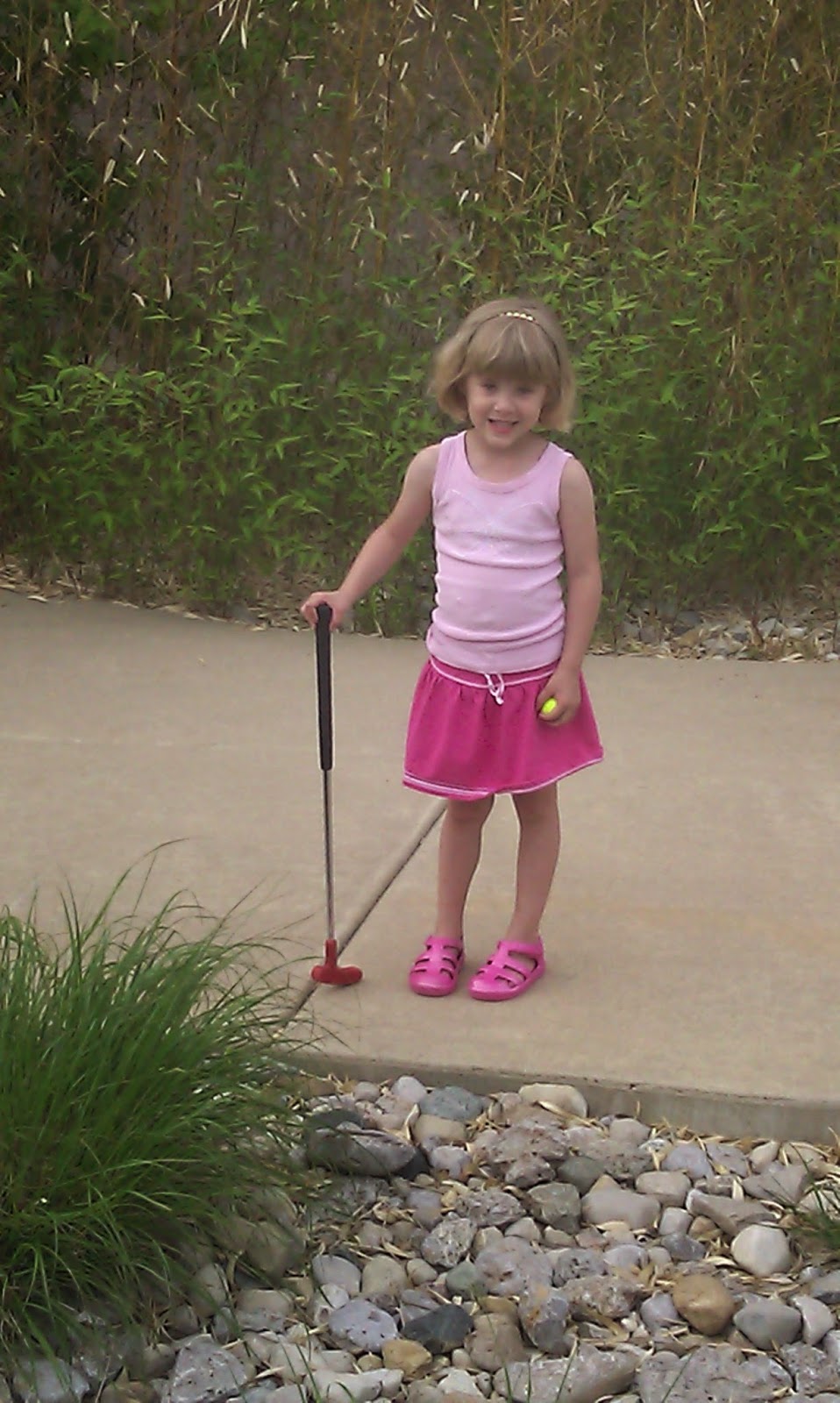 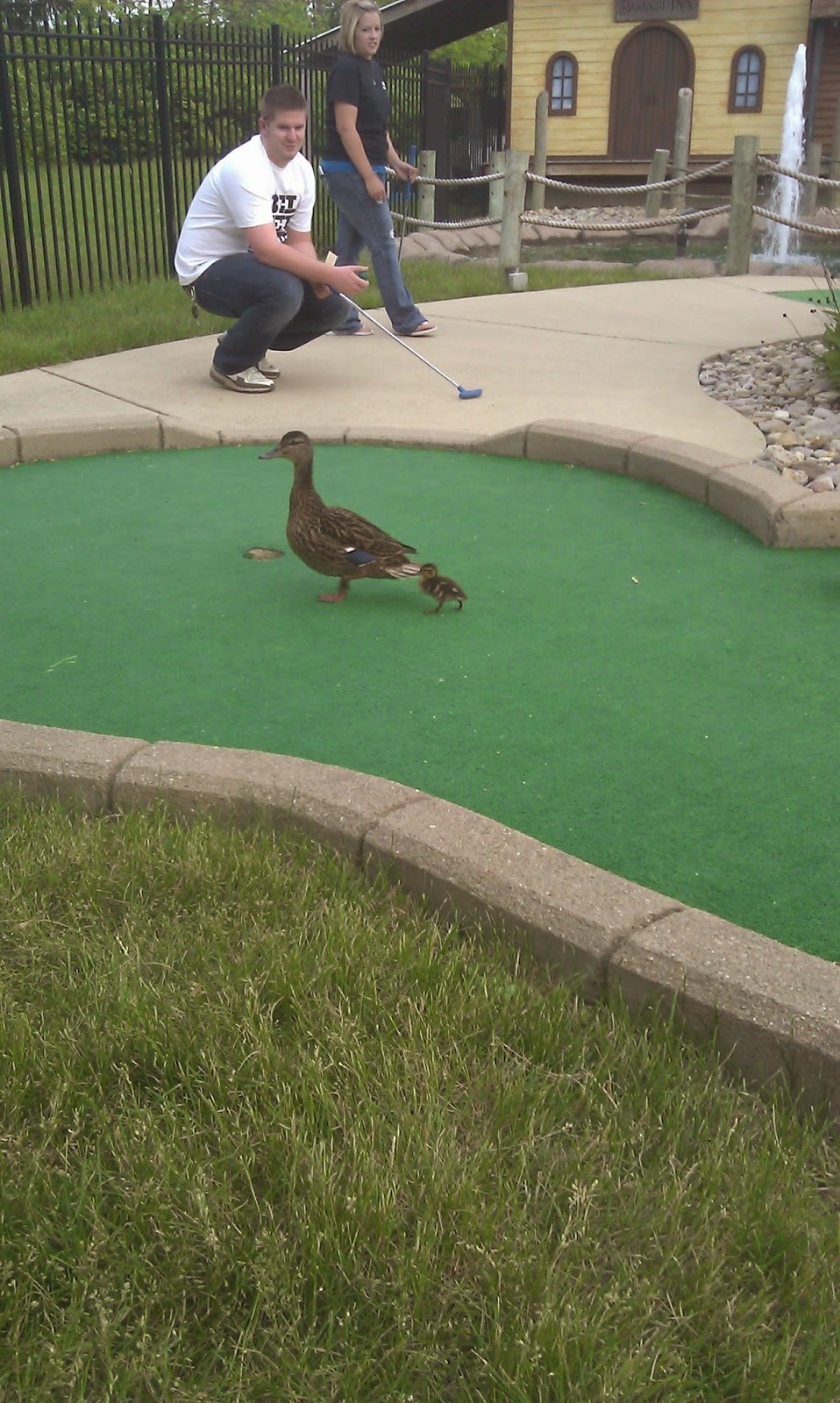 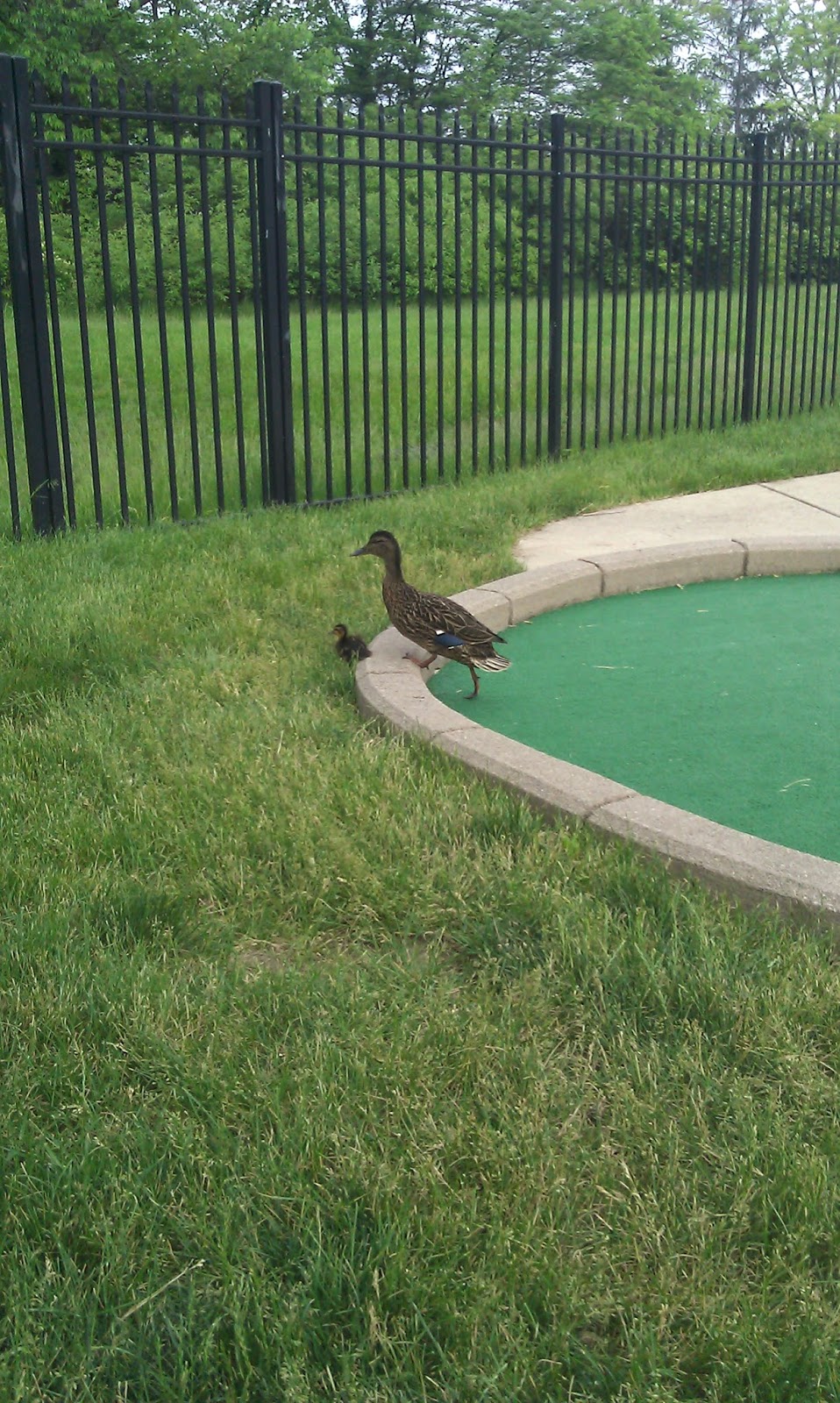 While playing our last 18, we had a little bit of course hazard.  The girls thought this was absolutely hysterical!!! 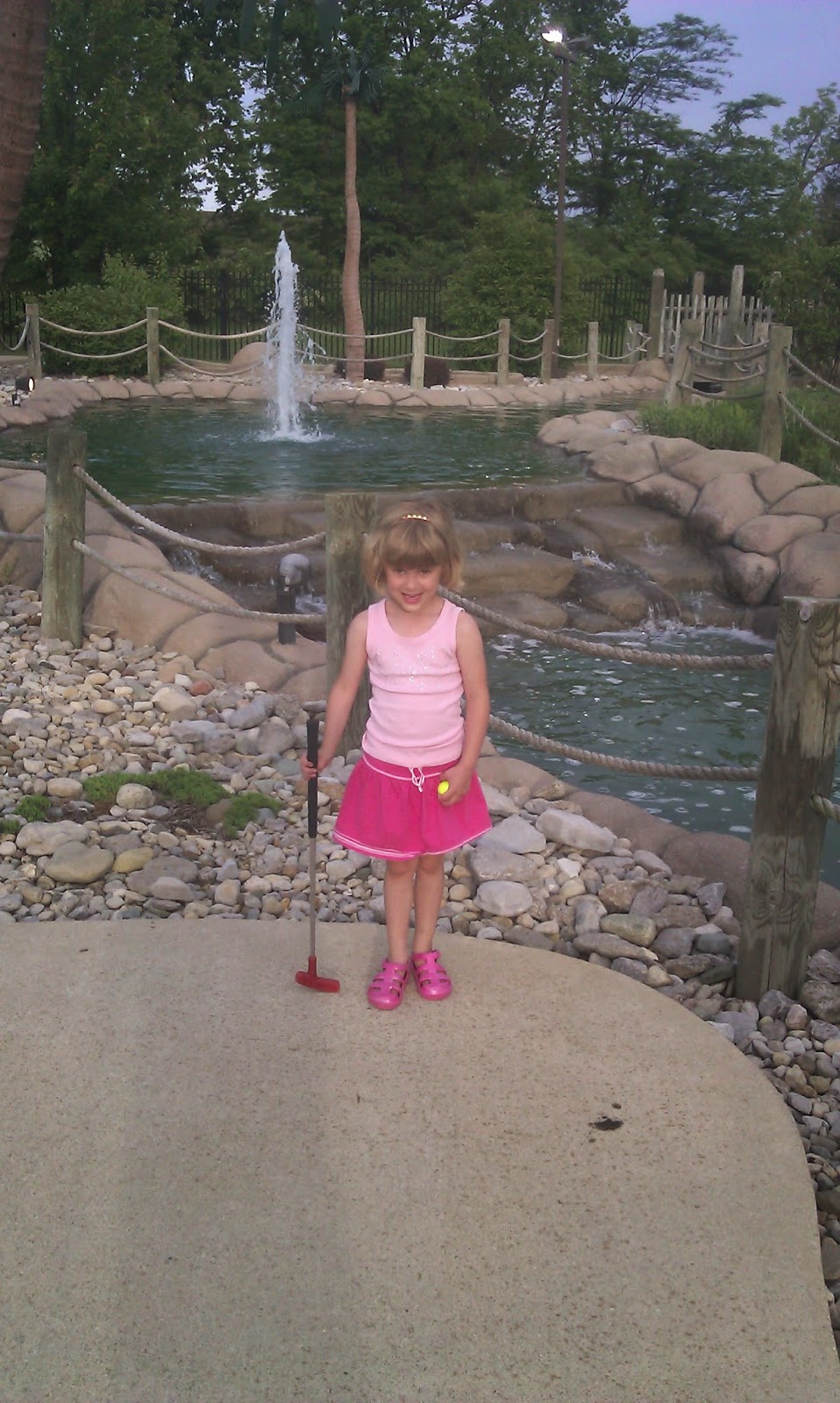 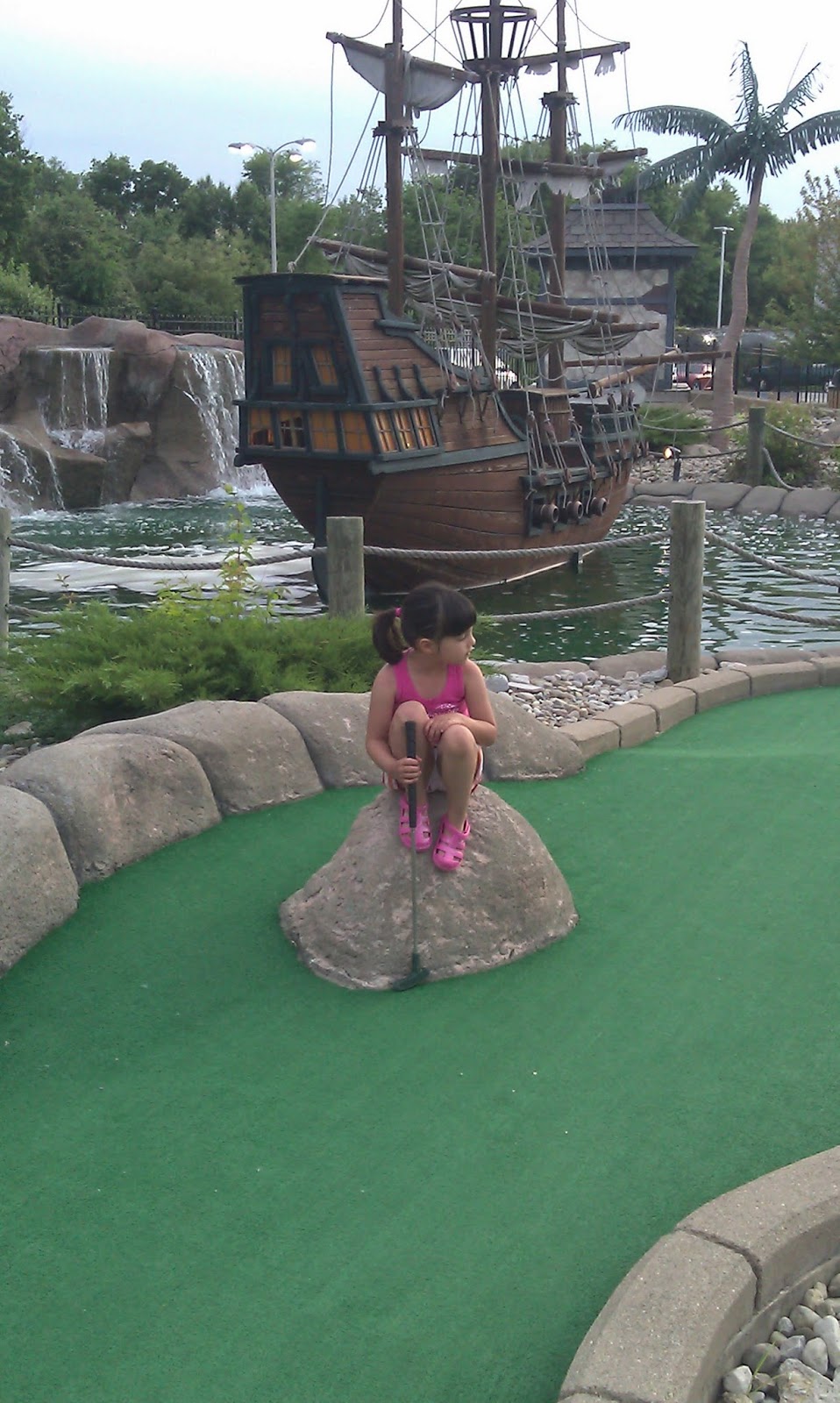 Love this pic of Alexis waiting for the people in front of us to finish up. 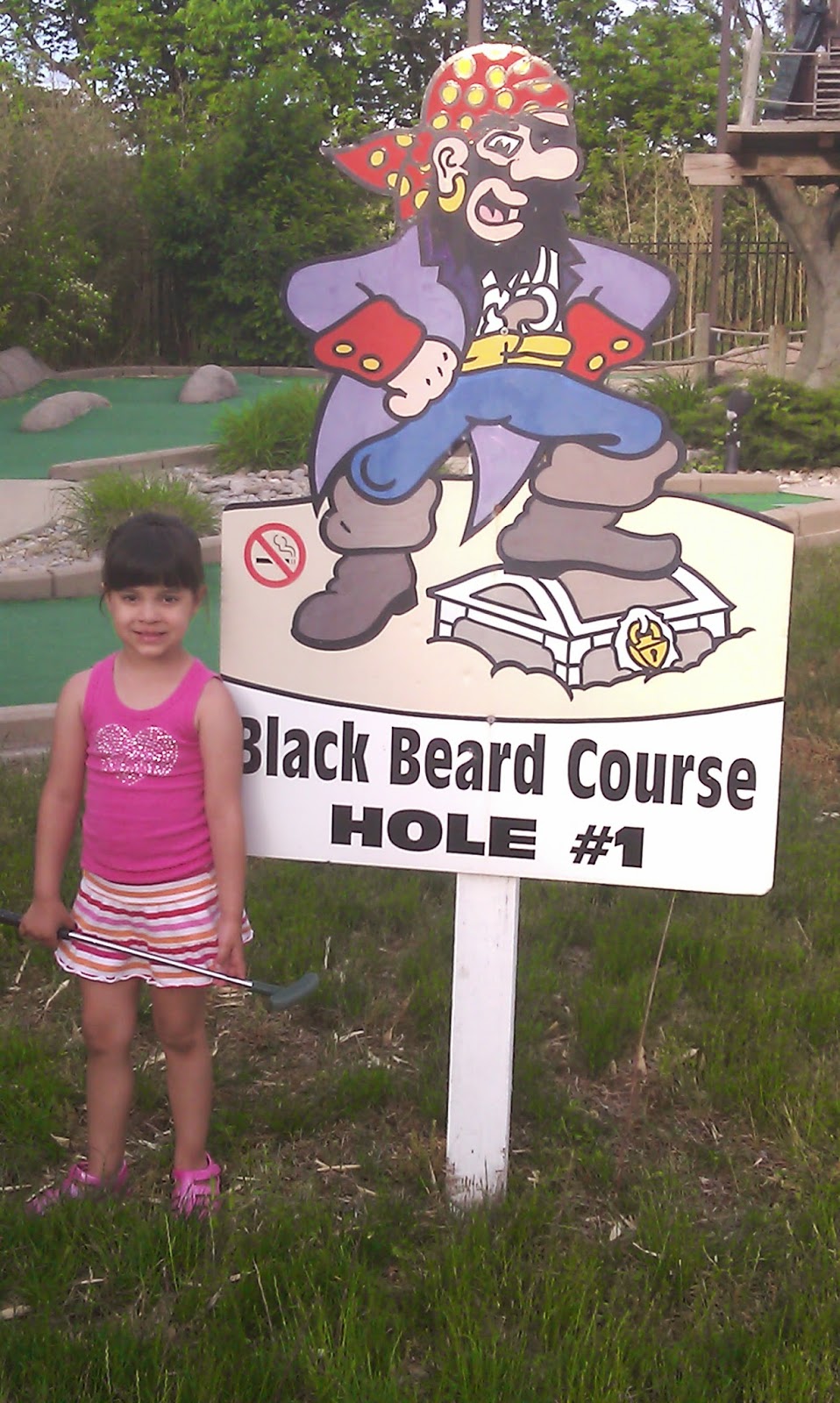 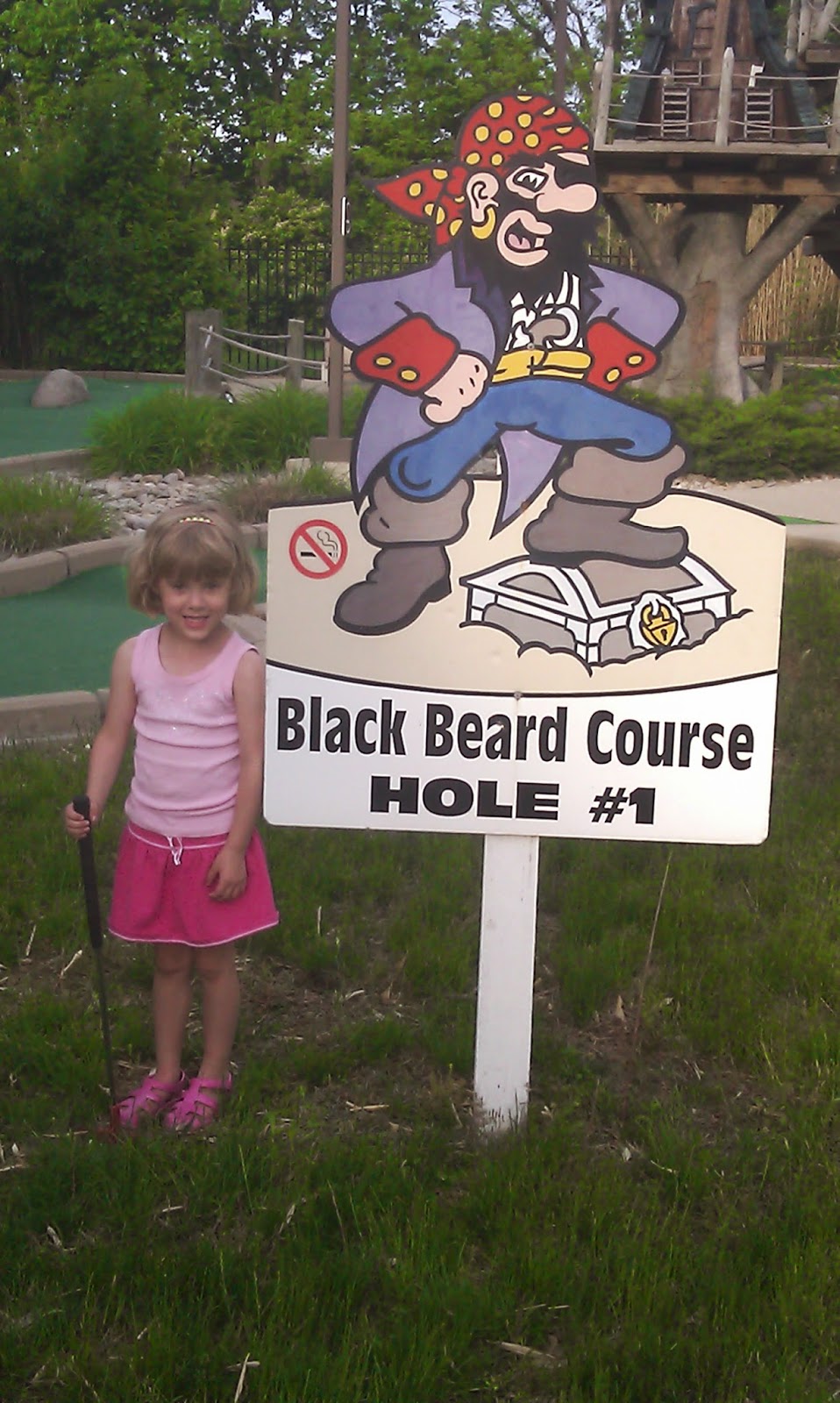 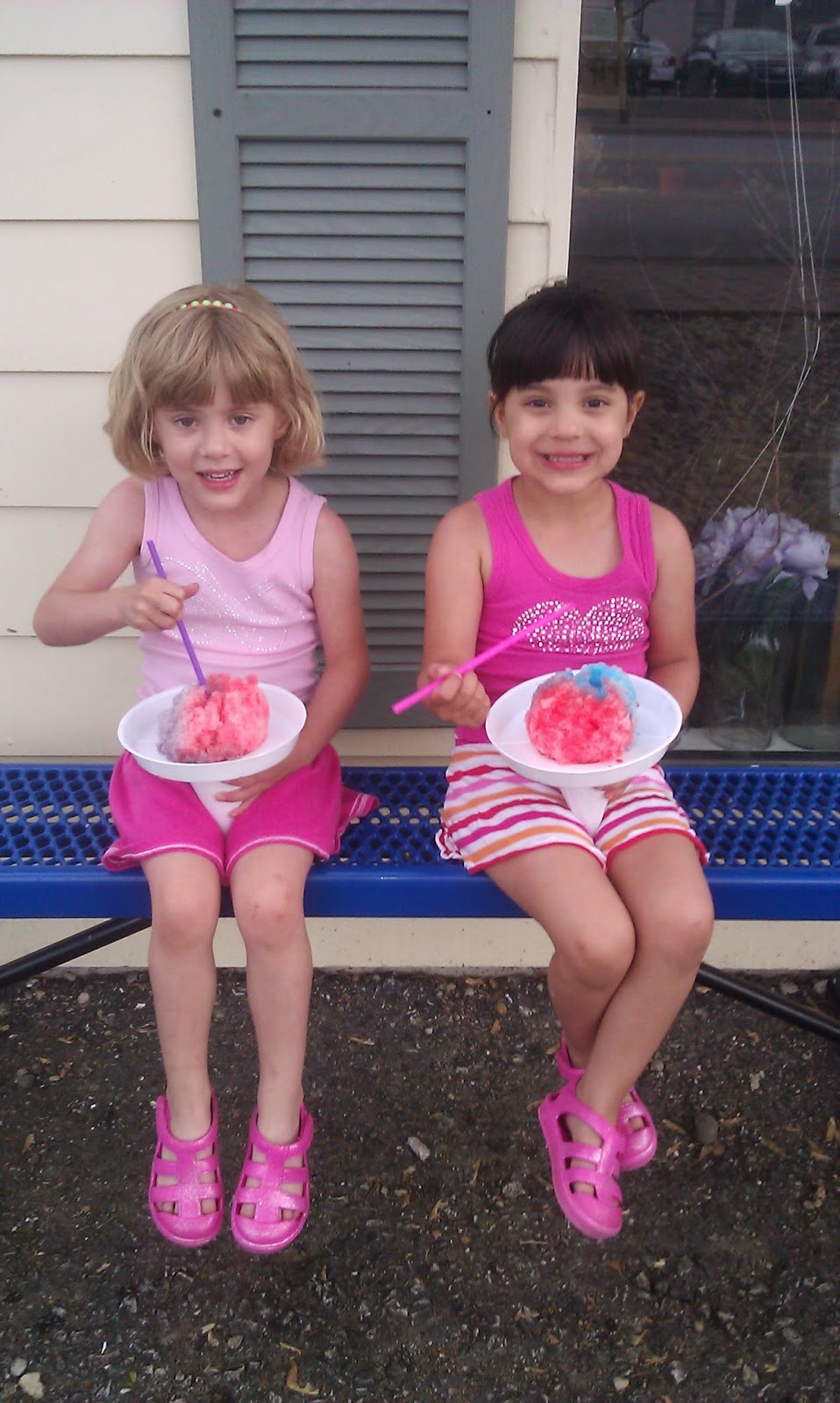 And of course, golfing wouldn't have been complete without a post game snow cone!  Seriously was one of those perfect days that we are all still talking about.
Editors Note:
Dear Aunt Paula, Yes, we have received haircuts since these photos were taken.  We no longer look like shaggy dogs!  :-)