On Sunday, August 17th we took the girls to the Indiana State Fair.  We walked around for several hours, ran into a few friends and generally just had a great afternoon.  I have been wanting to attend the demolition derby at the fair for several years, but haven't been able to get tickets.  This year we did!!  The girls for the most part loved it.  Alexis was 100% totally engrossed in the cars crashing and catching on fire.  Addison didn't care very much for all the noise, but had a good time. Addison liked it when the cars had to be hauled away because they couldn't drive anymore.  Alexis still has been talking about the "crash 'em up derby".  Here are a few of my favorite pics: 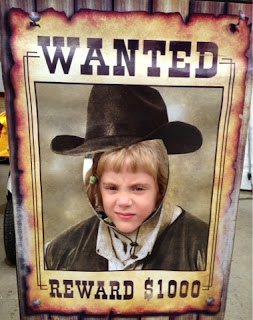 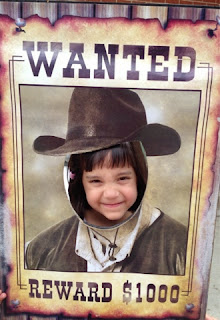 I tried to get the girls to make a "mean face".  This is the best that they could do!! 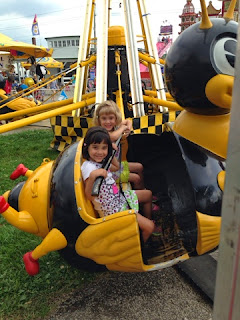 We had a limited amount of time before the demolition derby started and the girls wanted to ride a few rides.  Due to our time constraints and the fact that tickets were insanely expensive (and most rides took 2-4 tickets) we told the girls they could ride 2 rides.  Alexis chose the bumble bee ride and Addison chose this crazy "flying saucer" ride.  She called it the "I'm flying ride".  I'm still shocked that they both did it! 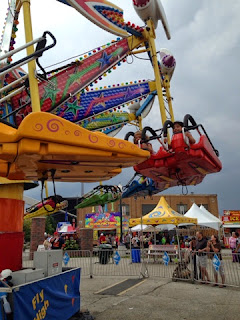 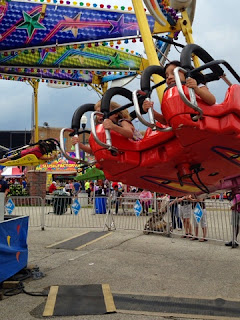 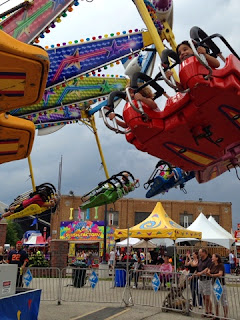 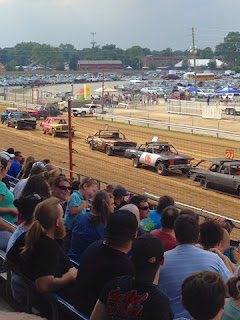 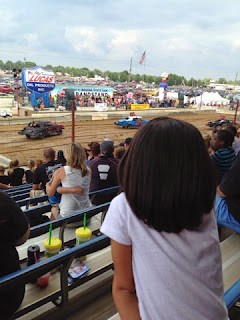 Alexis was literally on the edge of her seat the entire time.  I only wish that we would have been able to stay for the entire derby.  They had several heats of cars.  We stayed for 4 heats, but had to get home due to it being a school night.  It still seems weird to be saying that!  :-) 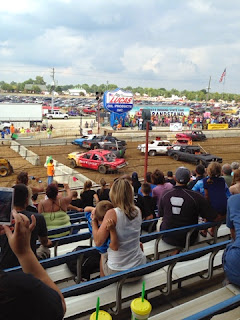