I was fortunate enough to be able to chaperone the girls first official school field trip last week. (Wednesday, January 21st, 2015)  They attended a play at Butler University.  The girl's teachers were very accomodating by allowing Alexis to move from her class group into Addison's class group.  I was in charge of three other kiddos as well as my own two.  While we had a great time, it just definitely confirmed that I'm not cut out to be a teacher of any kind!!!
﻿ 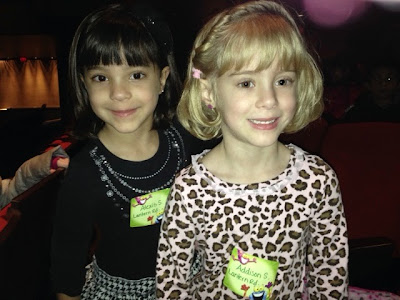 Not the best photo, but the theatre was fairly dark.
That same week, I was the mystery story time reader in Addison's class room (Friday, January 23rd).  To say that Addison was surprised was an understatement!  I stayed and had lunch with the girls afterwards.  Alexis actual did a double and triple take when she saw me walk into the cafeteria.  It was so adorable, she let out a little squeal of excitement.  Again, the teachers were very accomodating in allowing the girls to move from their assigned tables so we could all eat together! 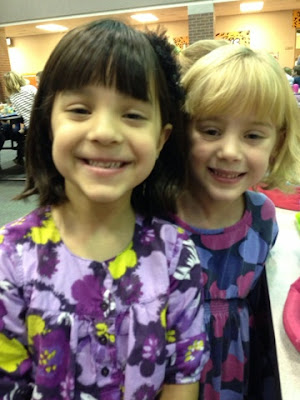