Sorry for the delay in posting these pictures.  It seems like in the last week or so, time has totally gotten away from me.  Terry's recovery is going well, but it seems like I have a lot more on my plate without him being able to help out.  I hate to admit it....but he does A LOT more than I give him credit for.  Here are the cake pictures that I know you all have been waiting for!  Enjoy!!  Stats at the bottom.... 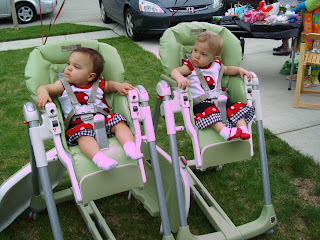 The girls were very intrigued by the idea that their highchairs were in the front yard.
Alexis left & Addison right. 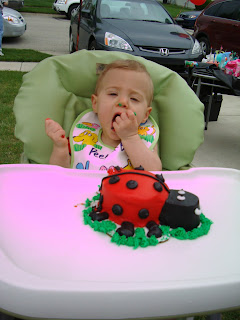 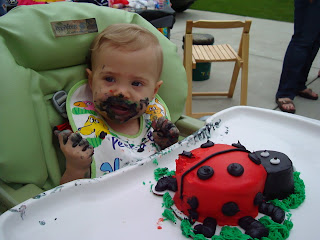 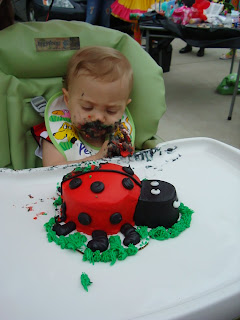 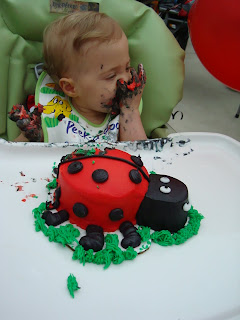 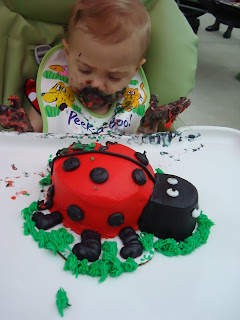 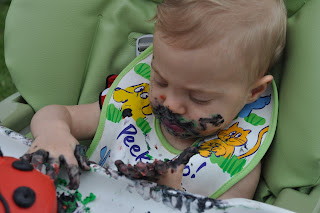 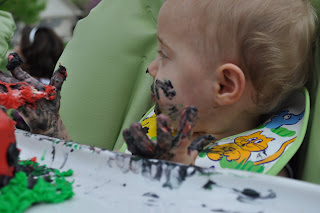 She didn't waste anytime digging into her cake.  I finally had to be the party pooper and take it away from her when she started gagging on the frosting. 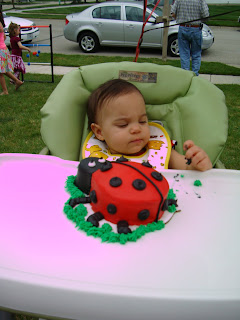 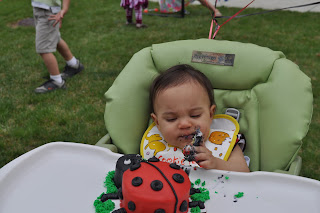 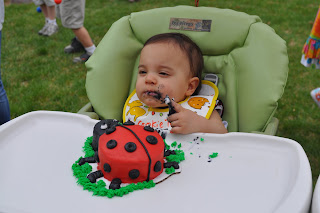 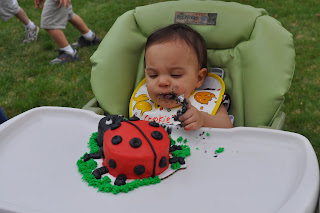 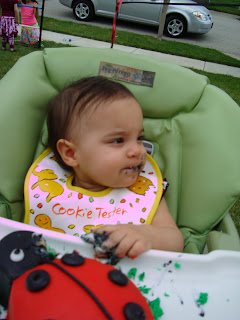 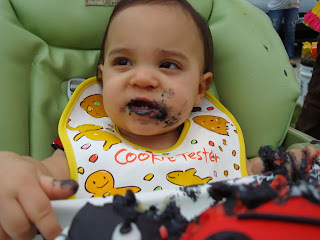 Alexis wasn't quite as messy as Addison was, but you could tell she enjoyed it.
Addison Grace
Alexis Faith
Posted by Janet at 10:15 AM

Wow! Sounds like they are both doing great. That is awesome that they are such good eaters. My 16 month old was but she's gotten kind of picky lately, they definitely go through phases when it comes to eating. Oh well, guess it's just like everyone, they like what they like just like we do. What a fun time to see what they are like and to see how they develop as mini people!