Grandma was able to score this really neat water slide/pool for the kiddos to play with.
My girls were in love. 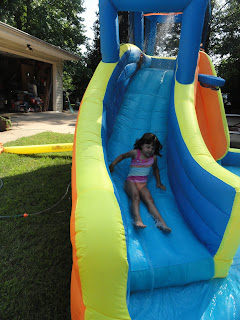 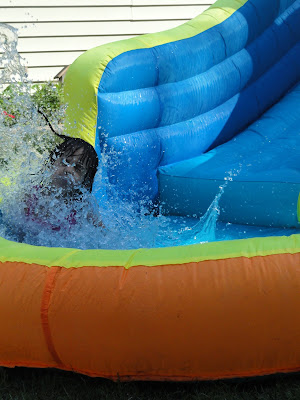 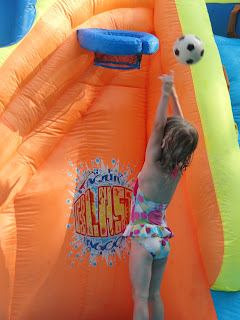 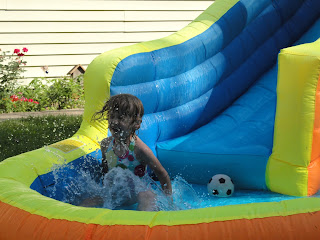 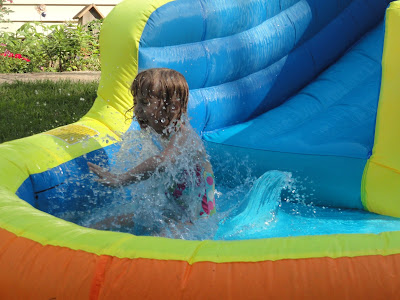 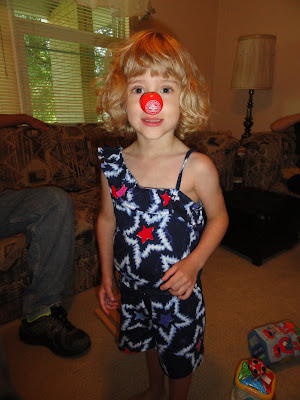 After playing in the pool for awhile we came inside to get cleaned up to go to the fireworks.  I love this cute photo of Addison while she was waiting to go.
This was the girls first experience seeing fireworks.  I was asked on multiple occasions why the girls had never seen fireworks before.  Well their first two years alive, we opted not to take them since it doesn't get dark until after 9:30 in Indiana.  Our fireworks shows generally don't start until around 10:15.  And last year due to the drought and the burn bans the fireworks were cancelled.  So, they were pretty excited to see them.
Unfortunately, about ten minutes prior to the fireworks starting I was pelted in the back of my head/neck with a full force football.  Some kids were tossing a ball around and It smacked me hard in the head.  I'm fairly certain that I had a minor concussion.  I don't remember much of the fireworks, but I do remember Alexis' eyes.  I have never seen her eyes opened so wide.  She was mesmerized.  I also remember my Mom holding Addison's ears.  That is all I can recollect.
I do remember helping my mom get the girls to be that night.  After helping Alexis brush her teeth I told her to go get in her bed, while Addison brushed her teeth.  I walked into the room to find this: 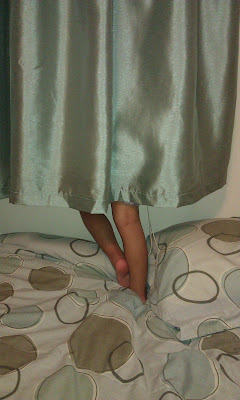 Alexis was so excited about all the fireworks still going off that she couldn't handle it.  She was standing on the bed, under the curtains, looking out the window.  When I asked her what she was doing she responded with "but Mom, I am 'on' my bed".
I am bummed that I was so taken out by the football to the head that I didn't get any photos of the girls witnessing their first firework show.  :-(
********
On Friday evening we had a super yummy dinner with my sister at Cheeburger Cheeburger.  I literally ate so much that my stomach hurt.  It was so good. 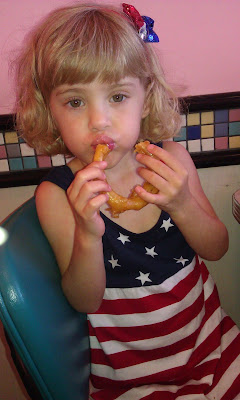 The girls were loving the onion rings. 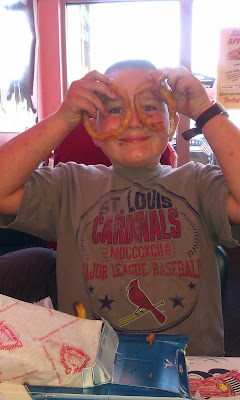 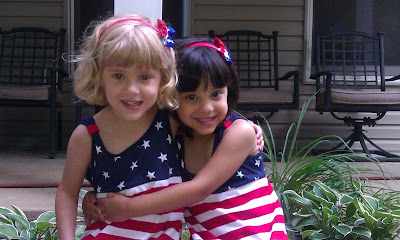 Some after dinner photos...... I was asked on several occasions where I got the girls patriotic apparel from. All of their outfits came from Kohls. 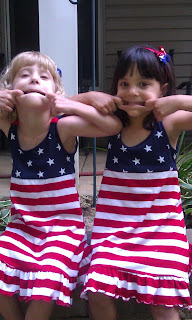