Please excuse my blogging absence.  The plague has hit our house HARD!!  Like to the point where I thought my life was flashing before my eyes.  OK, that may seem a little dramatic, but seriously as I slept on my bathroom floor the other night, I wasn't sure I would survive.

It all started with this little one: 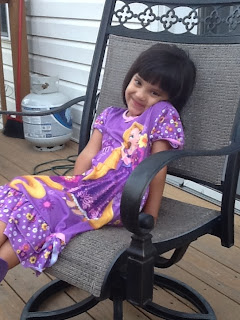 Alexis got it first. She started Friday afternoon.  I will spare you the disgusting details!  She was the quickest to bounce back.  Waking up Saturday, basically like nothing ever happened.﻿ 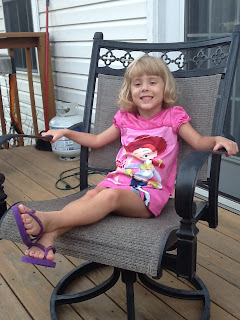 Then Saturday night, or should I say Sunday morning around 1:00A.M. Addison started getting sick.  Poor thing was vomiting in her sleep and was up just about every thirty minutes.  It got to the point where we just lined her bed with bath towels.  She took it really hard!  Poor thing was barely able to move for a couple of days. 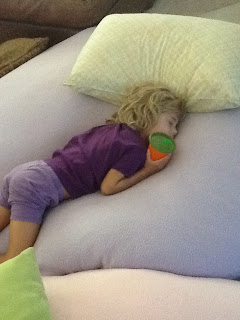 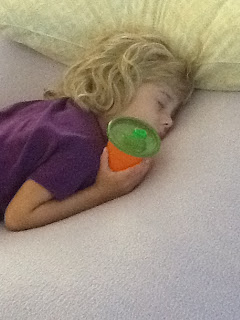 She could barely muster up enough energy to walk up the stairs most days.  I know she was tired of me forcing fluids down her throat, but I wanted to keep her hydrated.  Things were coming out faster than they were going in.  Sorry, Gross I know!
Then Terry got it.  At first I just thought he was being a whiney baby, but after going through it myself, I completely understand.  It hit me while driving home from work Monday evening.  I had to pull over twice.  A police officer pulled up next to me the second time and asked me if I had been drinking. My response, "I wish, I probably would feel better".  After that, he basically left me alone and followed me home.
We are all hoping that this plague gets out of our house soon.  Honestly, I have had the flu many times in my life, but this was probably the worst.
Posted by Janet at 3:35 PM