This year for Thanksgiving we made a trip out to Missouri to see my family.  My family celebrated Thanksgiving on Sunday which worked out perfectly for us.  We were able to drive out on Thursday while most people were at home, leaving us with a traffic free drive.  We came back on Monday, again while most people were working, allowing us to have a great drive.  The girls did awesome on the almost five hour drive.  We were very happy that we didn't experience any car sickness and the girls were generally very happy to watch DVDs most of the way.
Friday in Missouri was absolutely gorgeous.  Who can complain about 65 degree weather in the end of November?  We decided to join Aunt Paula, Cousin Luke, Aunt Sandy and Grandpa at the park.  Grandma was nice enough to help out with the girls the night before.  Alexis woke up in the middle of the night confused and scared.  She wasn't sure where she was.  Grandma let Terry and I sleep and took care of Lex.  She unfortunately decided to stay home and take a nap.  Here are some pictures from our fun time at Suson Park in St. Louis. 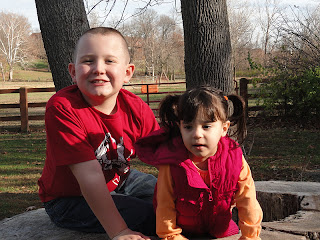 Luke and Alexis on the 'ole tree stump. 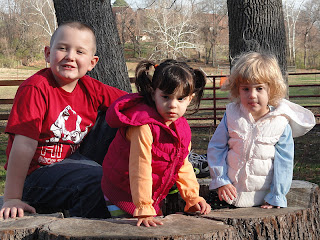 Luke, Lex and Addison on the tree stump. 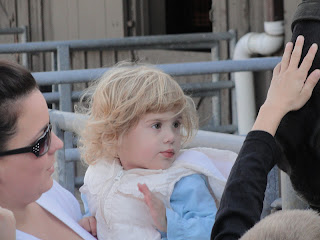 Aunt Sandy and Addison looking at the horse. 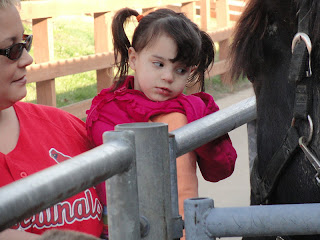 Aunt Paula and Alexis.  Love Lex's eyes in this picture.  She was not sure about that thing! 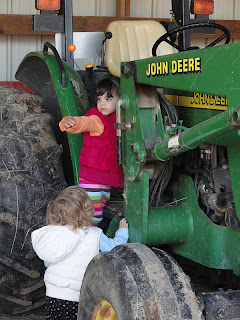 There was a big sign that said don't climb on the tractor.  Even though the girls can't read, I'm sure this is why they had to climb on it. 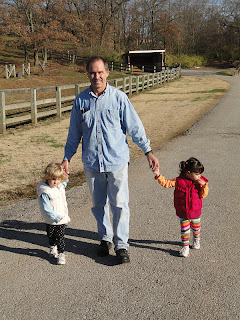 Grandpa and the kiddos. 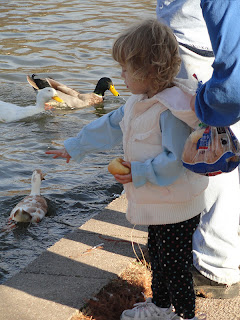 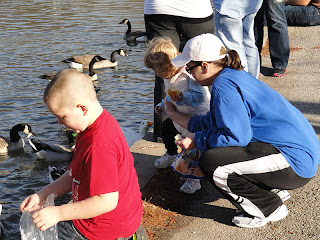 Love feeding the ducks.  Both my kiddos also decided to eat some of the bread. 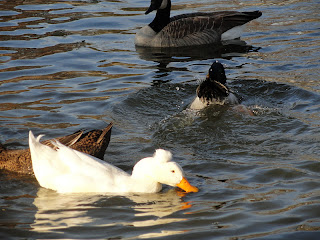 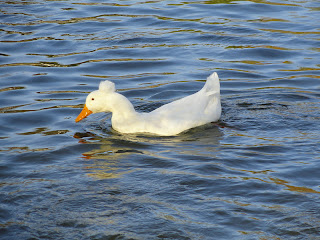 Terry thought the duck with the mohawk was pretty cool.  He took most of these pictures. 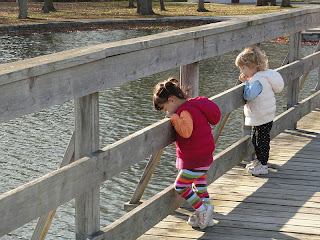 Looking for fishies on the bridge. 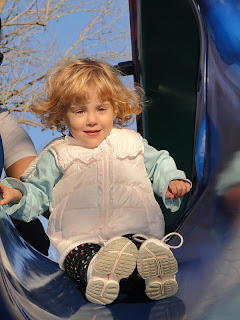 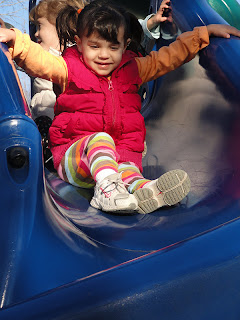 What trip to the park would be complete without playing on the slide?  Thanks Aunt Sandy for climbing to the top and helping them down! 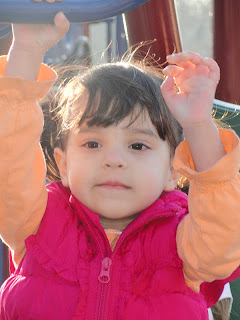 Don't you just want to squeeze those cheeks? 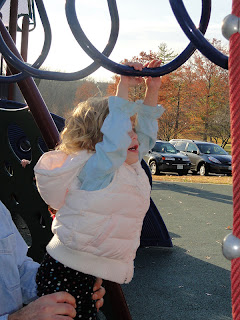 Addison thought the monkey bars were pretty cool.  She almost didn't need anyone holding her up. 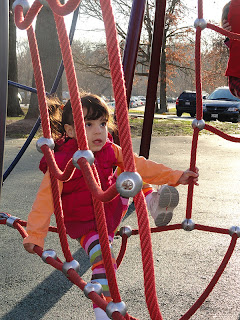 My little monkey.  She will climb on anything! 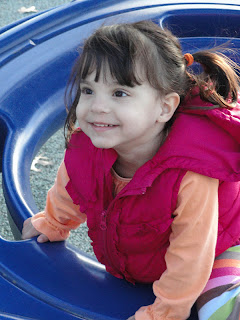 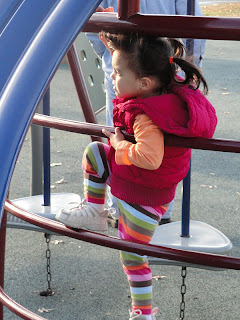 One of my favs....  left to right, Addison, Grandpa, Aunt Paula, Cousin Luke, Aunt Sandy, Alexis and Me. 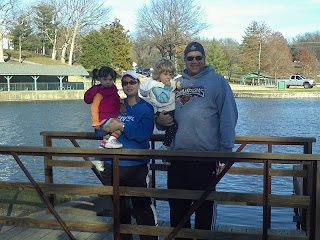 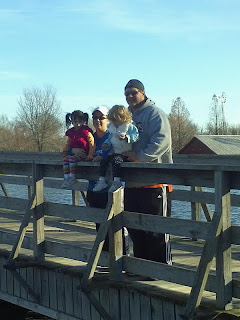 An attempt at a family picture.
We had a great time at the park and thoroughly enjoyed the beautiful weather.  Part two with more pictures from Thanksgiving coming soon!!
Posted by Janet at 9:11 AM