Out of the mouths of babes....

Just a quick post with some things I don't want to forget... 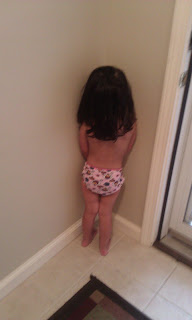 Too funny Janet!! It would be hard for me not to laugh with them LOL When we were visiting with our social worker, Chris told her that when he was smaller and time out stopped working for him and his brother, they made them stand on their tippy toes in the corner. You should try that next. Chris said its great on the calf muscles LOL