Christmas at the Zoo..

The Saturday after Christmas (12-28-13) the weather was phenomenal!  Well, phenomenal for December anyway.  With temperature in the mid 50's we decided to take the girls to the zoo to see the lights.  They were so excited!!
We had planned on going to see the lights specifically, but  the kiddos also wanted to see some of the animals.  We arrived shortly after 4:00pm.  All the animals we were able to view were super active.  It was fun watching the bears play and the seals swim around.  They were all definitely more active than on our summer trips to the zoo!
It was barely daylight when we arrived so the lights we hardly visible.  The girls were begging to ride the merry-go-round so we obliged. 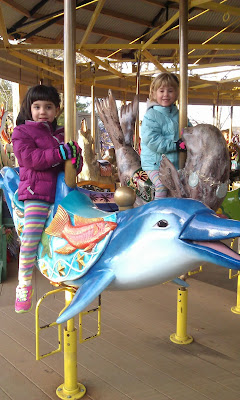 It's always funny to listen to them plot their strategy when deciding which animal they want to ride. 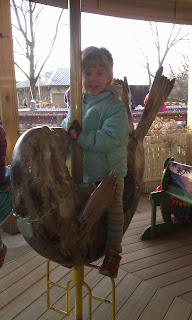 After walking around and seeing some animals for a little over an hour the girls were saying they were hungry.  So we stopped for a quick dinner.  I had packed brown bag dinners for us to take with us, in lieu of spending $50+ on dinner. 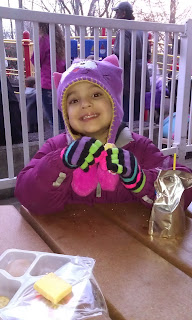 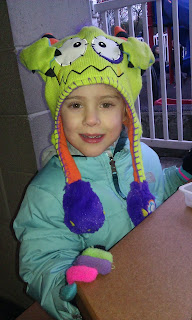 By the time we had finished eating and a quick walk through the dolphin arena, it was almost dark outside. 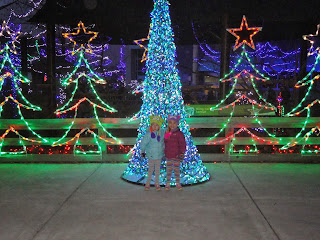 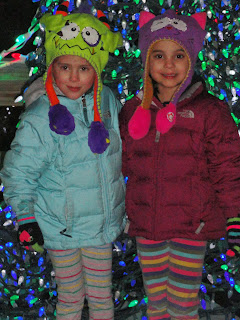 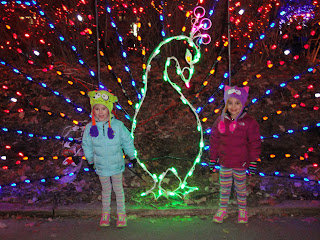 The girls loved all the lights shaped like animals. 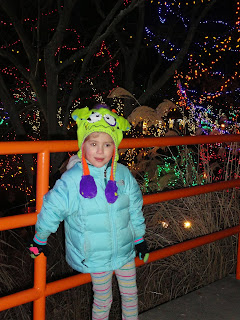 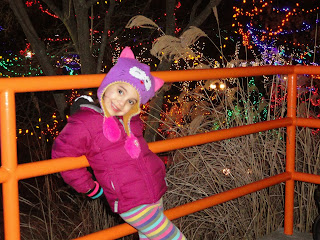 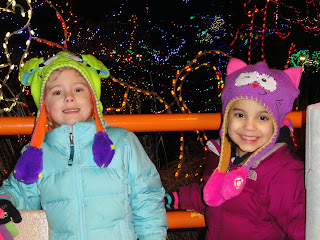 Luckily they were both is super good moods and we had a ton of fun just standing in line waiting.  I know that sounds really strange but we were all laughing and having a great time. 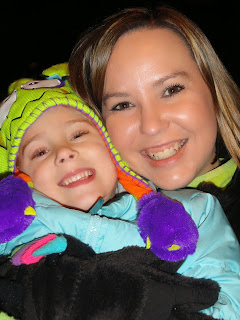 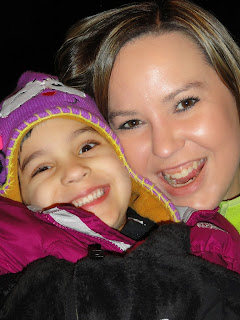 Me and my girlies!! 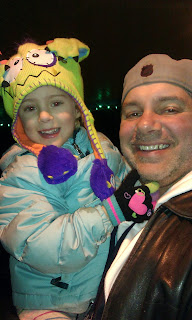 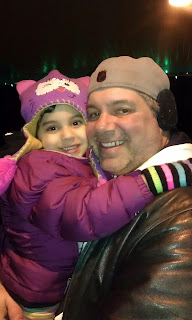 Terry and the girlies!!! 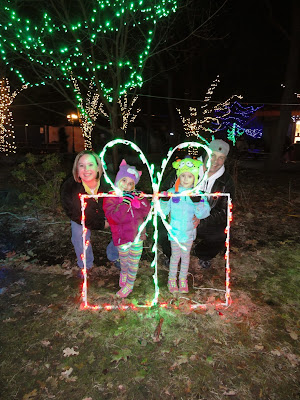 Best group we got of the evening...Not great, but still better than the others! 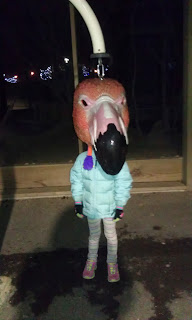 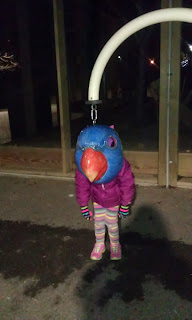 Parakeet Alexis
Every time we go to the zoo, the girls love sticking their faces into these bird heads.  Cracks me up every single time!!!
****
After riding the train we realized that we still had two punches left on our pre-paid ride card that expired 12-31-13.  So, we let the girls ride the merry-go-round one more time. 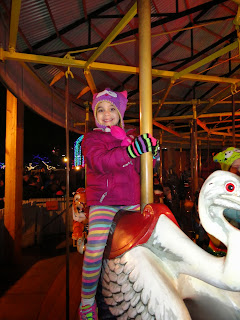 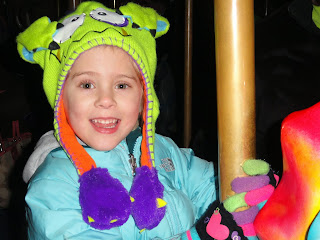 It really was one of those perfect family days that I didn't want to end. 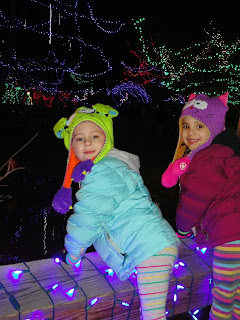 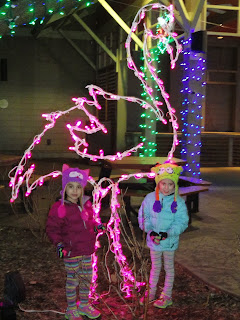 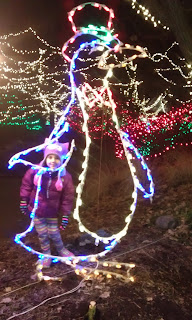