After I got home from work on Monday, December 23rd, I was talking to the girls about how Mommy was going to be able to stay home for the next six days.  They were just as excited as I was!  We were talking about what our plans were for the next several days and discussing things we might possibly do.  Alexis said she really wanted to throw balls at pins.  I'm not sure where that came from or how she even knows about "throwing balls at pins" since we have never done that with the girls.  Regardless, Terry and I thought this would be super fun to do with the kids.  I made a couple phone calls and we decided to go bowling on Christmas Eve.  The bowling alley opened at 11:00am and we arrived around 11:20ish.  I never expected it to be busy but apparently bowling is a popular activity during the holidays.  The man behind the counter told us that Christmas is their busiest time of year.  Who knew?  Anyway, we were lucky enough to score one of the last open lanes.  When we left there was a 45-60 minute wait.

I seriously can not tell you how much fun we had!!  The girls were a riot and cracking us up!  Terry and I decided that "throwing balls at pins" on Christmas Eve will definitely be a tradition in our house!!! 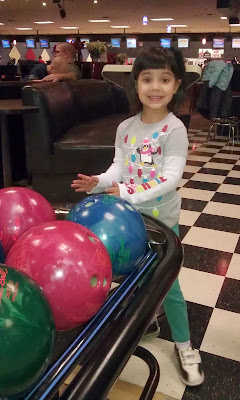 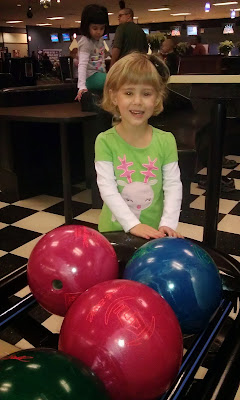 Alexis must have seen something regarding bowling somewhere.  We've asked her about it but she doesn't have an answer.  She knew about the air, and blowing/drying your hands before picking up the ball.  They were cracking me up making sure that they and everyone else "used the air" before their turn. 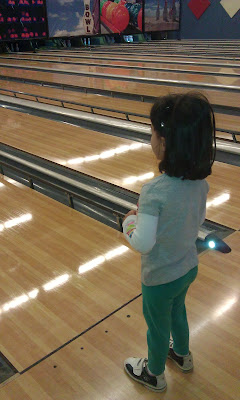 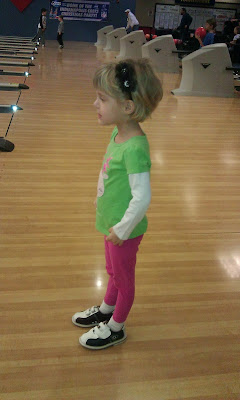 Both girls used the "put the ball on the floor and push it" bowling technique.  The smallest balls they had available were seven pounds so lifting them was nearly impossible for them.  Regardless, their method worked well.  I loved watching them scrutinize their throws as it slowly rolled down the lane. Seriously so much fun!!  They are still talking about it!!  Love making memories and starting traditions with my kiddos!!!
I really couldn't believe how well they both did.  For the longest time Addison was actually beating Terry's score.
Final Scores:
Alexis.....80
Addison.....84
Janet.....121
Terry.....104 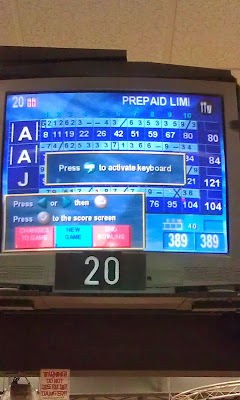