A bunch of long overdue pics....

Due to being back at work, it doesn't seem like I have as much time to post pictures so here are some of my favorites from the last few weeks... 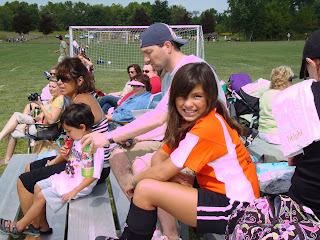 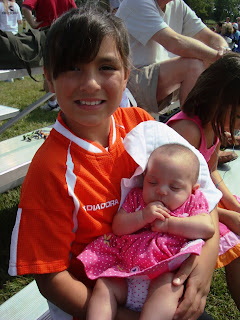 The above two pictures are from our Neice's soccer games a few weeks back.  Lila is in the orange holding Alexis. 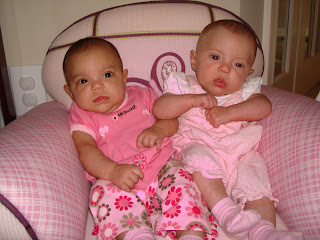 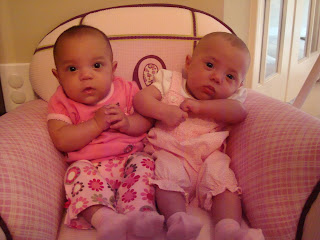 Above are my weekly pics of the girls in their chairs.  Of course this is from two weeks ago.  Alexis on the left & Addison on the right.  Addison always looks like she is going to elbow Alexis. 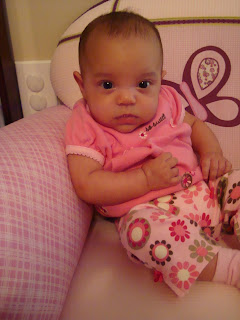 Alexis posing for the camera. 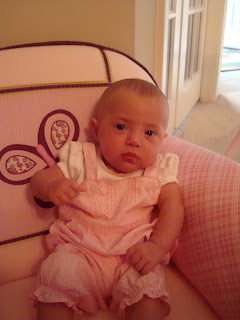 Addison making her "stop taking pictures of me" face. 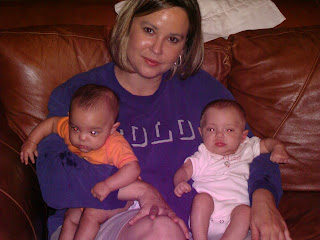 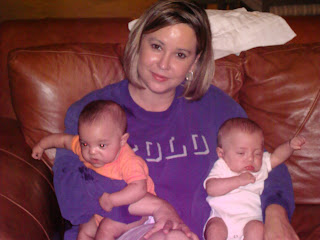 The above two pictures are me with the girls.  They didn't turn out very well.  Both girls don't look very happy & have some serious "red eye" going on (we need a new camera).  Note the fact that my shirt is all wet.  Alexis is seriously getting some teeth and drools constantly.  She will chew on anything and everything!! 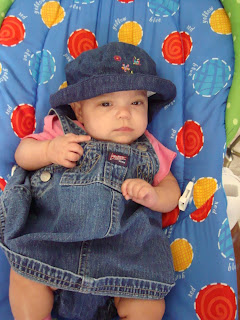 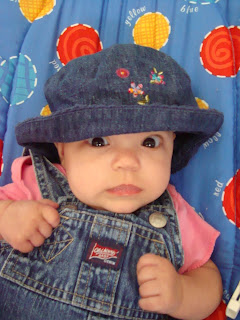 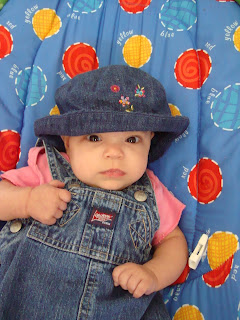 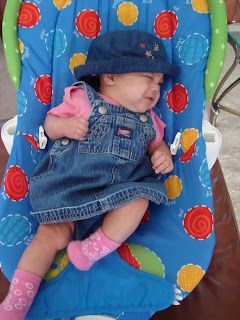 The above four pictures are of Alexis.  They were taken this afternoon.  The last one is of her telling me to stop taking pictures of her because she's ready to go.  But isn't she cute in her little denim outfit? 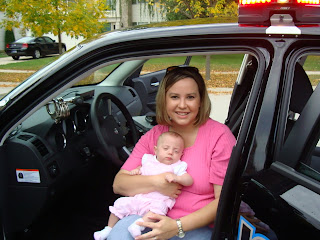 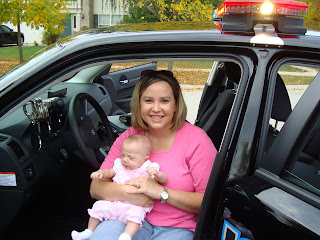 Our neighborhood block party was this afternoon  Basically we have a huge BBQ in the common area and hang out.  They had a large bouncy house for the kids and the local police & fire department came out.  They let the kids play in the police cars & fire trucks.

The above two pics are me and Addison in the police car.  As you can see she really wasn't very impressed. 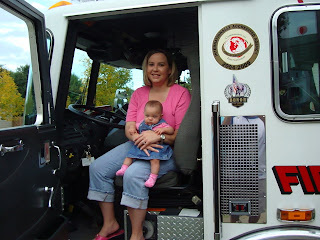 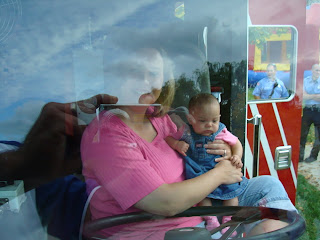 The above two pictures are me and Alexis in the fire engine.  Again, Alexis wasn't that impressed with the fire truck.  She was looking at all the buttons inside on the dashboard, but she really couldn't have cared less. 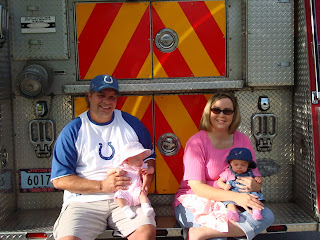 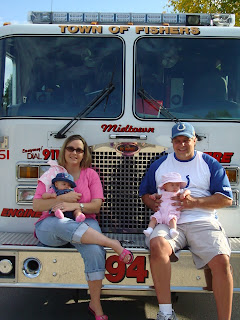 Suprisingly enough, today was the first picture taken of all four of us together.  The top pictures is us sitting on the back of the fire truck & the bottom pic is the four of us on the front of the truck. (Man it still sounds so weird to say the "four of us")

It looks like you guys are about ready to hit the portrait studio! (Although you do a great job taking pics yourself!).

Looks like you had lots of fun on your outing with the girls!