When we left Indianapolis it was raining and chilly.  When we landed in Orlando, the pilot said "Sorry folks, but the weather isn't much better than what we left.  It's slightly warmer but raining".  We boarded the Magical Express Bus at the Orlando airport and took a 40 minute bus ride to our resort.  It rained....not just rained, but poured the entire bus ride.  I was worried, because I had packed all our umbrellas and ponchos in our suitcases.  Our luggage wouldn't arrive at the hotel until later that evening.  No joke....but two minutes before pulling into our resort it stopped raining, the sun came out and we didn't see another drop of rain the entire trip!!!

First project:  Purchasing autograph books.  The girls were excited about this.  They new we were having dinner with some characters later that evening so they were pumped. 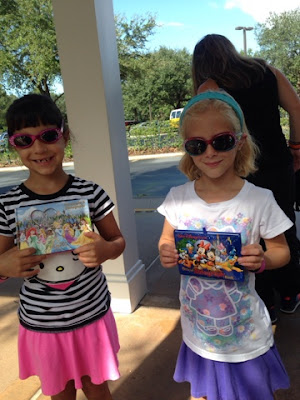 After checking into our hotel, and purchasing autograph books we took another short bus ride to Magic Kingdom.  I have no words to explain the girls reaction to seeing the castle for the first time. 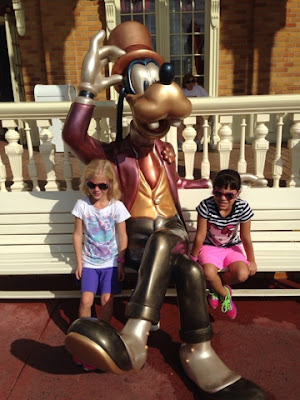 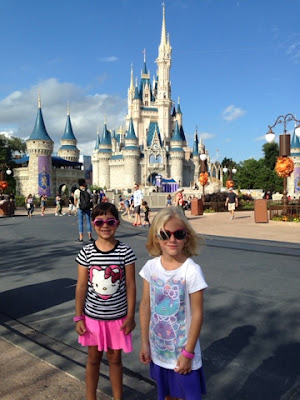 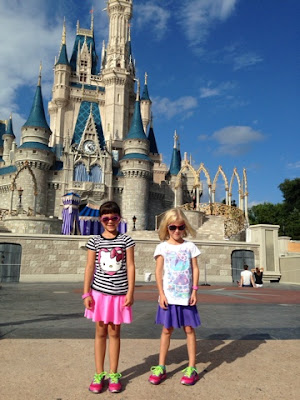 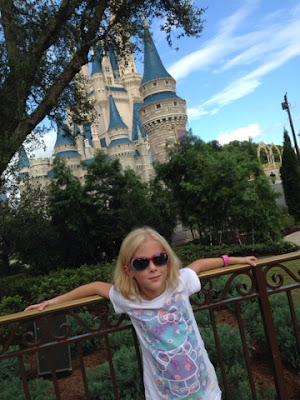 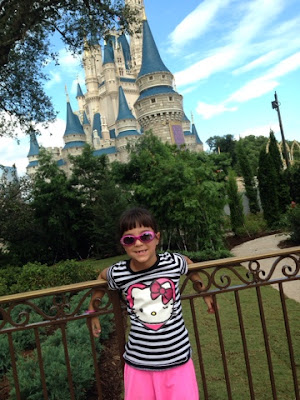 After strolling around for a few minutes, we proceeded to our dinner reservation at the Crystal Palace.  I think the girls were still in shock that we were actually in fact in Disney. 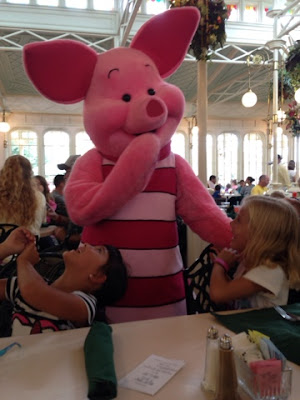 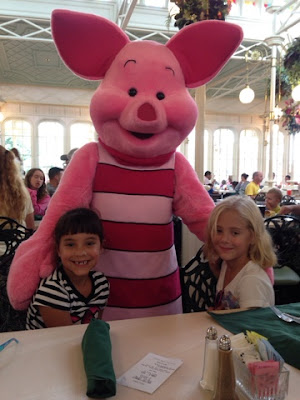 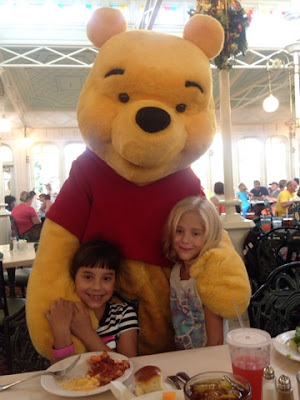 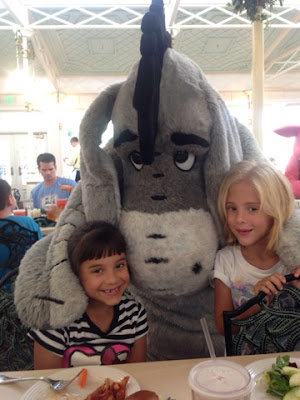 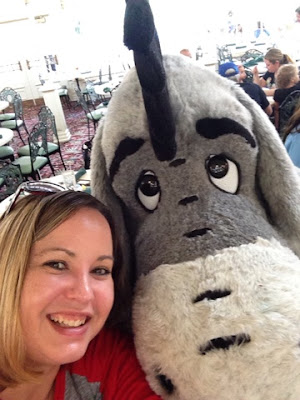 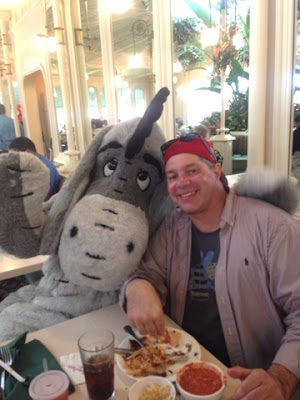 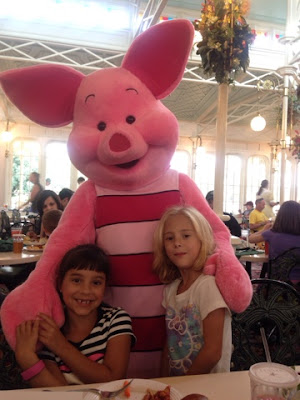 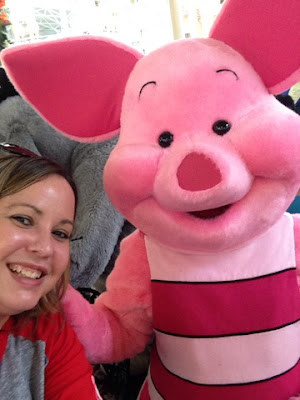 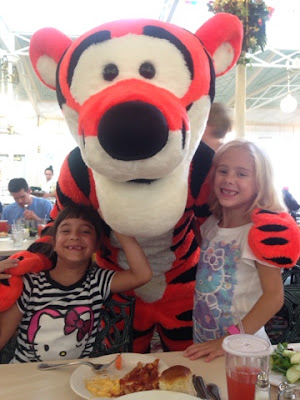 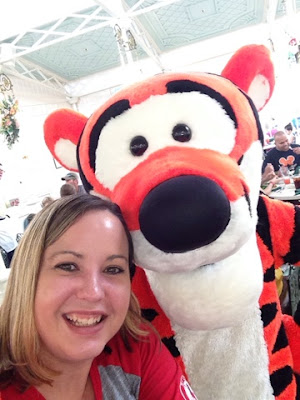 I have a million photos but I will spare you all of them!  :-) Also ignore my shiny face.  It was seriously hot.  Everyone kept telling us how unseasonably warm it was.


The girls were really into all the flowers and bushes.  They loved these flowers shaped like the characters. 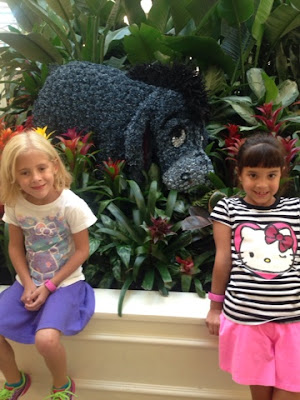 Umm, and dare I say a little slap happy? 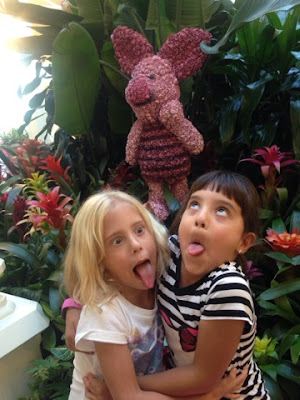 After dinner we walked out of the restaurant to find a street parade was happening.  We danced in the street, sang some songs and had a blast.  We took the bus back to our hotel, since we were all exhausted. 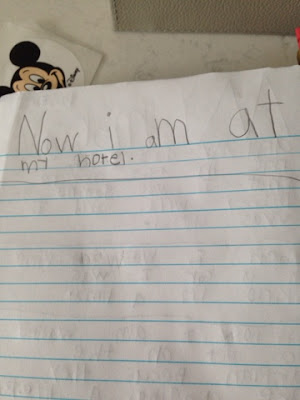 The girls wrote a little bit in their journals and we turned in for the night. 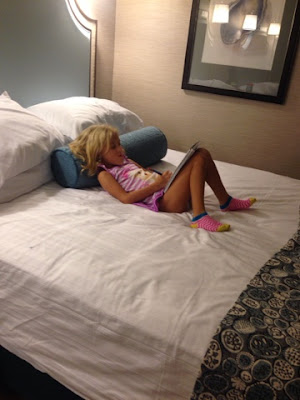 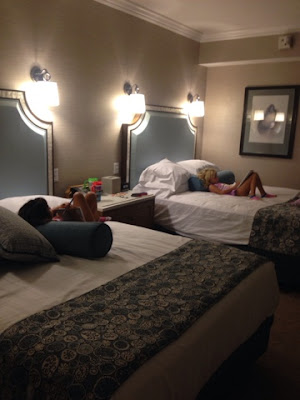