Today would be spent at Hollywood Studios.  The girls slept until almost 9:00AM on this morning.  The previous day had really wiped them out.  We had a mini-breakfast in our hotel room, showered and got ready to head to Hollywood Studios. 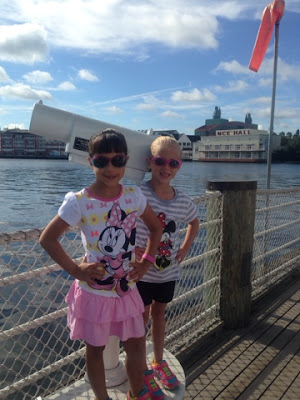 We caught the boat for a short 15 minute ride over to Hollywood Studios.  It was another gorgeous day out!! 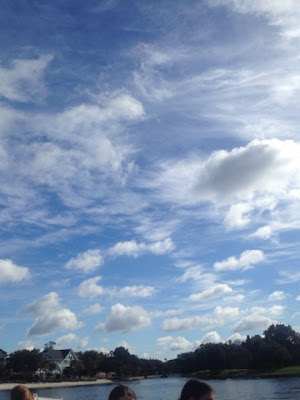 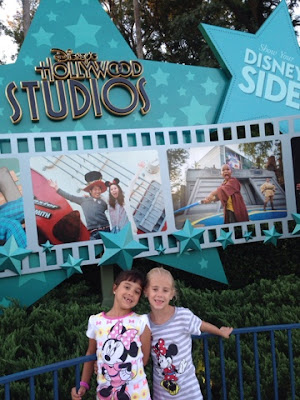 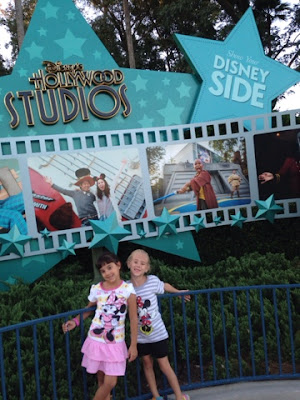 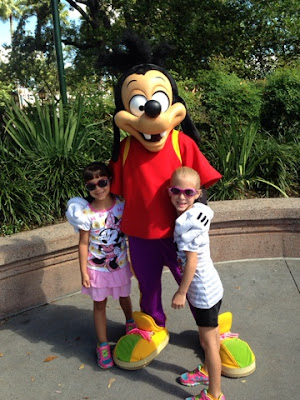 We arrived just in time to meet a few characters and get autographs.    We were originally in line to meet Chip and Dale.  Shortly before we got to the front of the line the characters all rotated and we ended up meeting Max instead.  Are we the only ones who didn't know who Max was?  Max is Goofy's son.  Alexis is still wondering.....If Goofy has a son, who is his wife?? 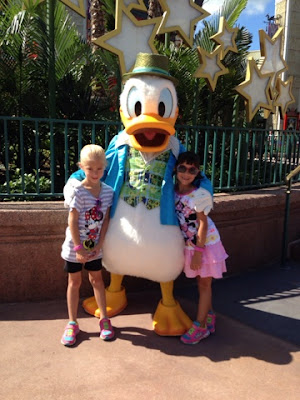 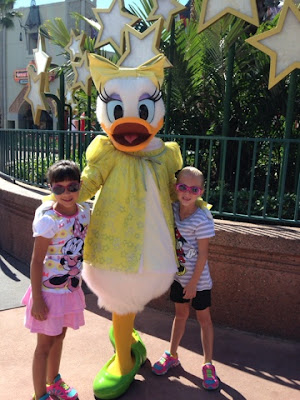 We also met and got autographs from Donald and Daisy before heading to lunch.  The girls thought it was funny that they had met Daisy the previous day and she had different clothes on. 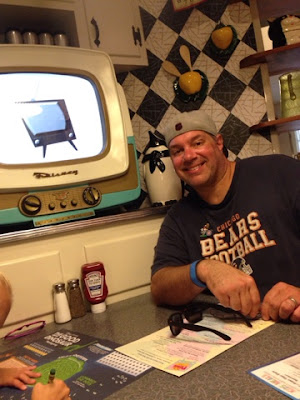 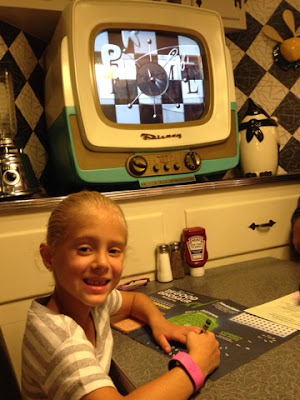 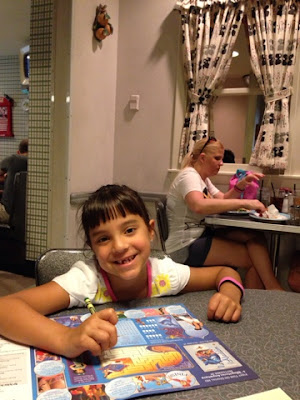 We ate lunch at the 50's prime time café.  The girls were less than impressed with the ambiance of the place but loved the food. 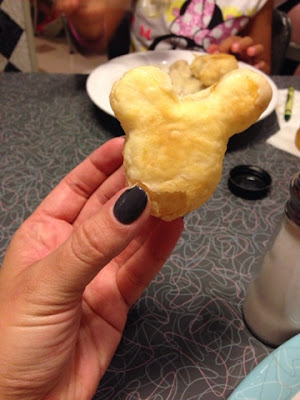 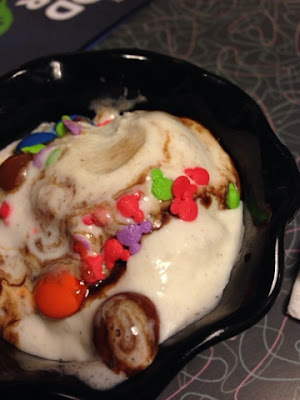 Throughout our entire trip, the girls kept commenting on everything shaped like a Mickey head.  They thought it was hysterical to find different things shaped like Mickey.  At lunch this day it was Alexis' biscuit that came with her chicken pot pie and the sprinkles on their ice cream sundaes. 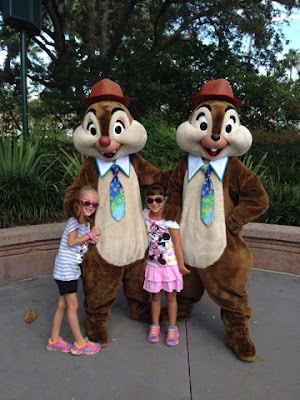 After lunch we were finally able to catch up with Chip and Dale.  C & D were probably the girls favorite character interaction of our whole trip.  C & D kept messing with them.  I have a video where you can hear non-stop giggling from them. 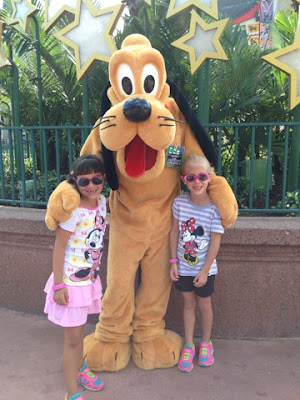 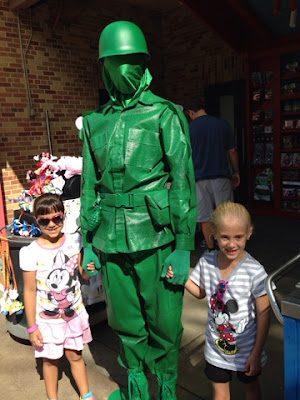 And the green Army men from Toy Story. 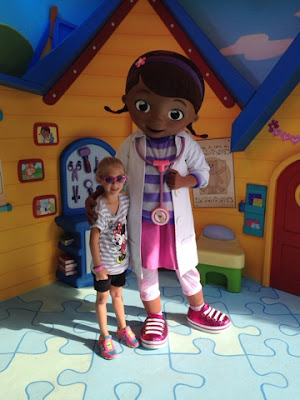 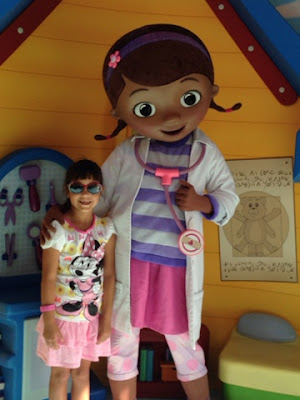 And Doc McStuffin!!   Yes this is a real person not a statue! 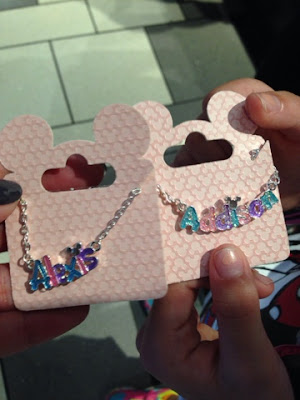 The girls had been looking for souvenirs with their names on it.  During a quick stop into a gift shop they each found a necklace with their name on it.  I was shocked to find both names in the same store.  The "I" is dotted with a little Mickey head. 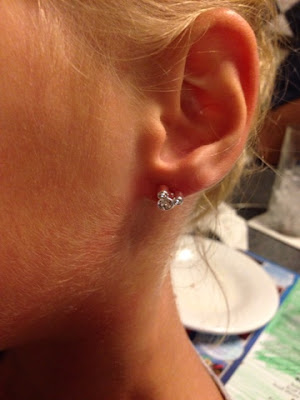 They both also picked out Mickey Head earrings. 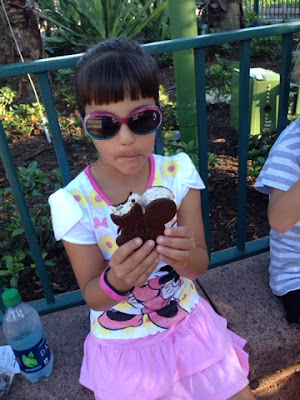 We rode a few rides (Toy Story Midway Mania and the Tower of Terror) and then decided it was time for a snack/water break.  And just for the record.....The girls decided ON THEIR OWN that they wanted to ride tower of terror.  Terry did not ride it!  The girls kept saying he was taking a break on the "Tower of Chicken". 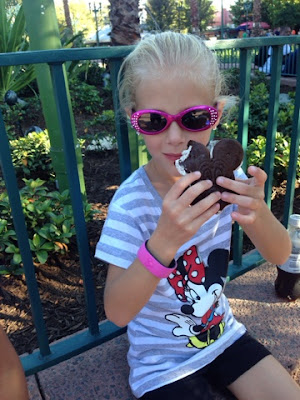 The general consensus from the girls is that the DID NOT LIKE the Tower of Terror, but they were happy that they tried it once. 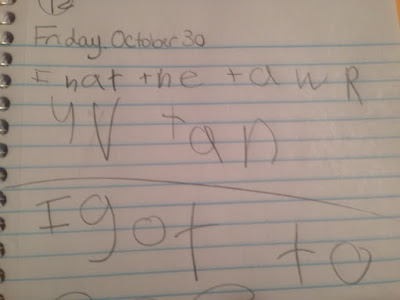 Alexis' journal entry.... Translation:  I hate the tower of terror. 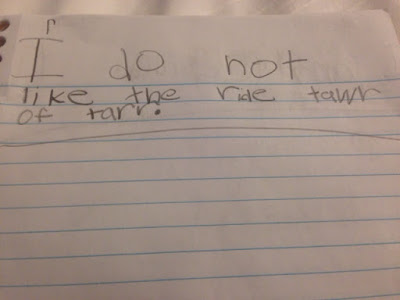 Addison's journal entry.... Translation:  I do not like the ride tower of terror.


After a few more rides we decided to head back to our hotel for a quick dinner and an early bed time.  We knew the next day was going to be a long one for all of us.


This is the lighthouse where we would catch the boat. 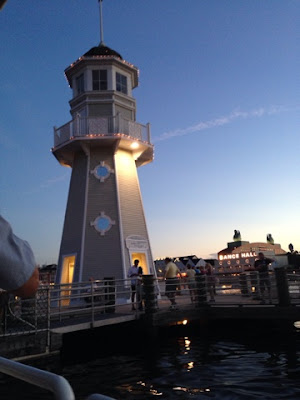 We ate dinner at a little beachside restaurant at our hotel.  The girls were amused by our dinner guests. 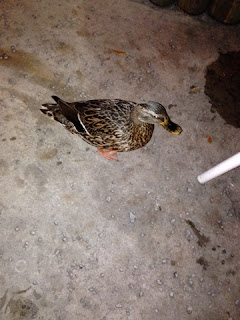