Day Five was going to be spent at Animal Kingdom.

Since we had a late night the evening before, we took our time getting up, showered and a quick breakfast. 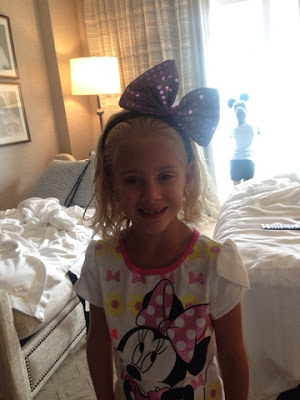 Addison had requested that I take her photo.  She rarely does this so I was happy to oblige. 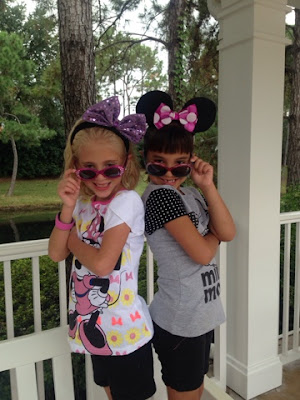 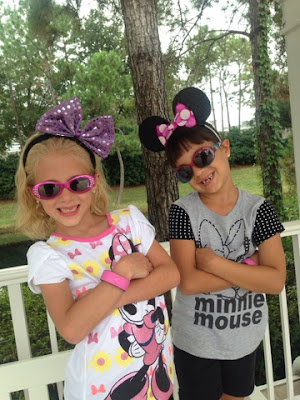 Some sassiness while waiting for the bus. 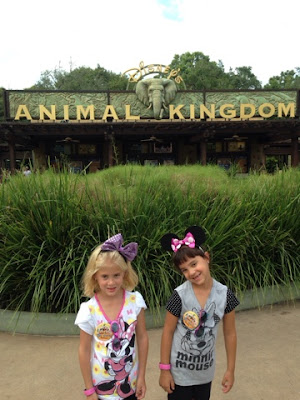 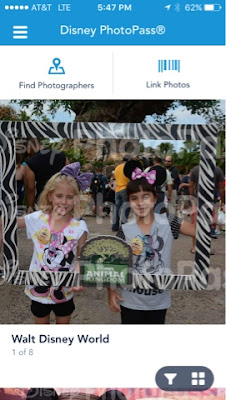 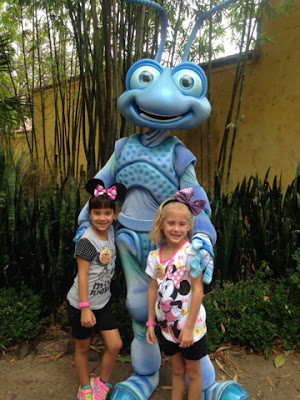 Shortly after entering the park we ran into Flick. 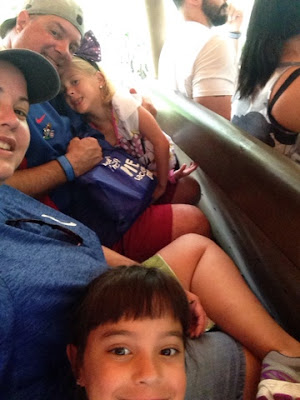 We had a fast pass for the safari.  The girls were not really all that impressed with this. 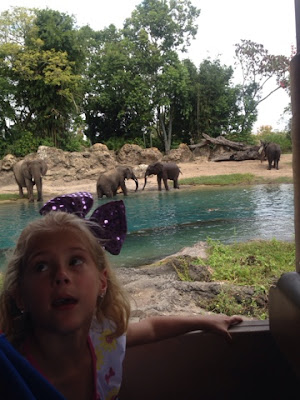 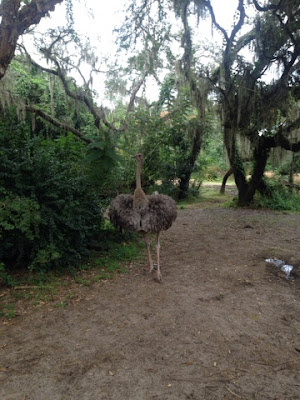 The were actually quite amused by this emu who relieved himself three different times. 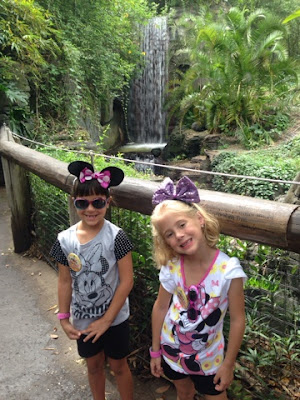 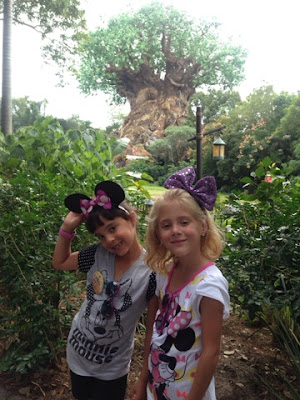 After our Safari, we were able to meet Mickey again.  This time in his Safari clothing. 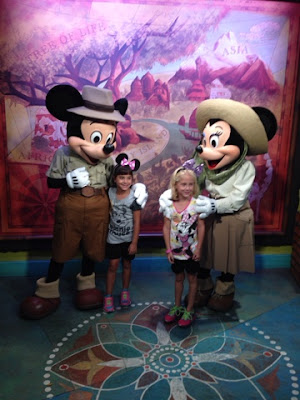 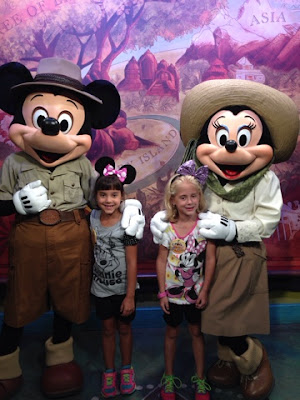 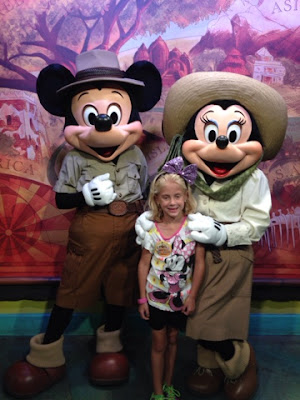 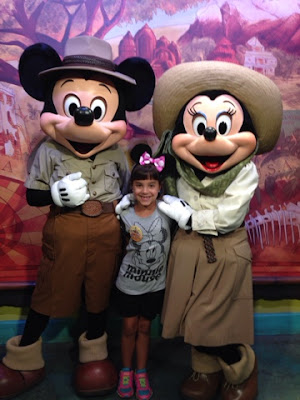 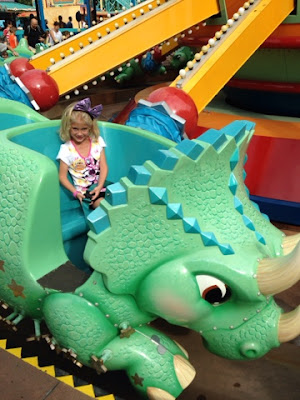 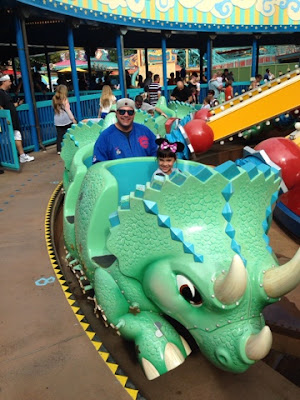 We rode the dinosaur ride.  The girls were less than impressed.  They wanted speed.  In all reality this was the point in our vacation where we realized that we probably should have only booked 5 days instead of 7.  It was also miserably hot this day. 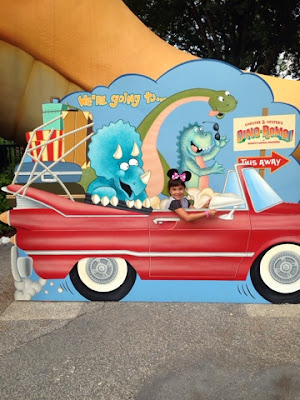 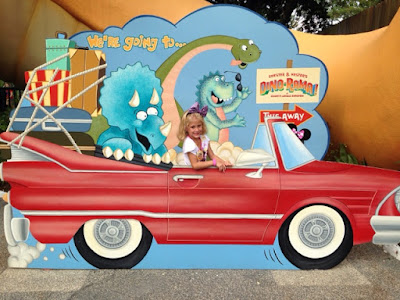 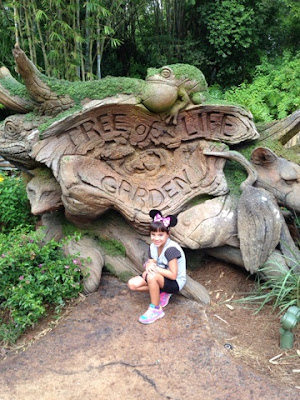 About mid-point in our afternoon (3:00ish) the girls were hot, sweaty and crabby.  They asked to go back to our hotel.  We still had one fast past left for an afternoon show and we also had an 8:00 dinner reservation.  We decided to scrap it all.  We took the bus back to our hotel.  I was able to find an early dinner reservation at a restaurant in our neighboring resort. 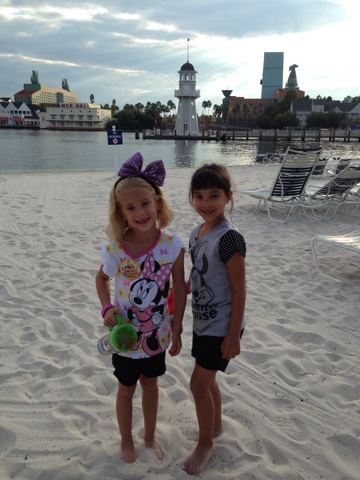 The girls and I hung out on the beach while Dad took a quick shower. 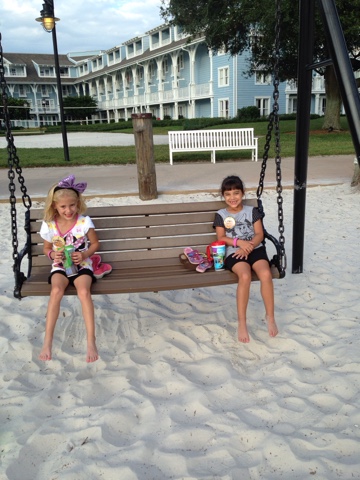 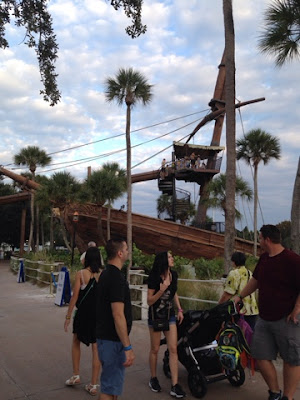 Another shot of the shipwreck/water slide.


We walked to the Yacht Club and ate at the Captain's Grille.  We arrived back to our hotel just in time to roast marshmallows on the beach.  While I'm sad we didn't get our luau dinner, it was definitely the best decision. 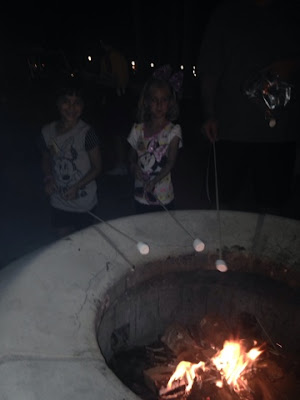