We've been wanting to take the girls to the local pumpkin patch to get some fall pictures.  Due to the crazy mid-west weather, it has been too cold to take them out.  Yesterday we were blessed with a beautiful fall day with almost 70 degree temperatures.  We decided to put the girls in one of their many Halloween outfits and take them out for some pictures.  Both girls really couldn't have cared less about the pumpkins.  I think they were just happy to be out in the fresh air.

Below is my favorite picture:  (Alexis left & Addison right) 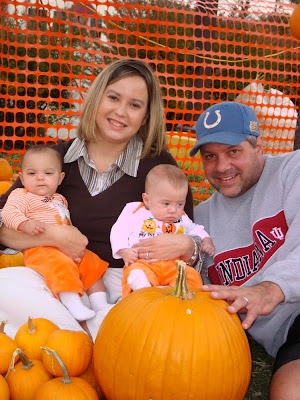 All of the following pictures below are Addison.  I couldn't decide which picture I liked best so I decided to post them all.  Addison was once again more interested in chewing on her fingers than posing for pictures.  She kept leaning to one side or the other because she wouldn't take her hands out of her mouth for just a few seconds to snap a pic!  Silly girl!!! 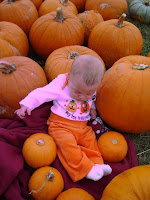 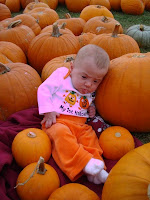 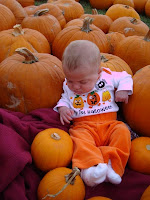 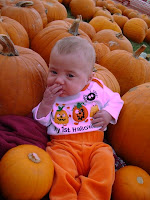 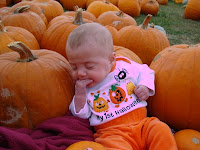 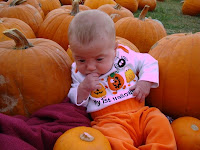 All of the below pictures are of Alexis.  She did a little better sitting up for the pictures. 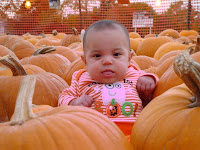 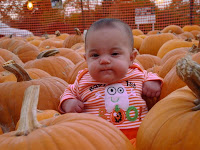 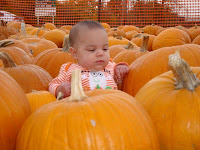 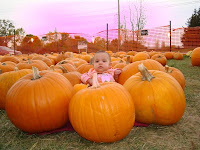 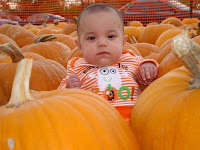 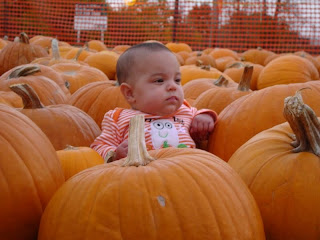 I couldn't get a great picture of both of the girls together, which I was kind of bummed about, but here they are anyway.  Addison on the left & Alexis on the right. 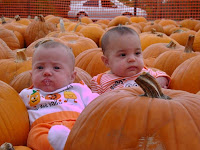 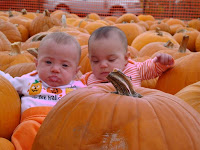 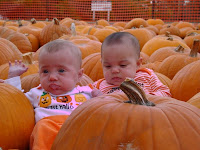 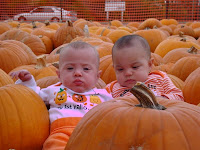 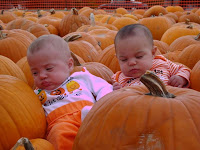 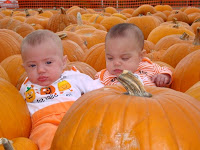 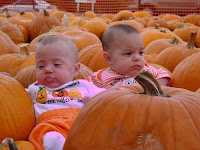 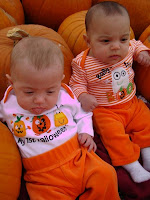 My how your girls have grown! Too cute!