I can't believe that this year marks four years that we have been attending the annual NICU Reunion!  What an amazing event hosted by the hospital to recognize all the tiny successes throughout the years!  It was truly amazing to watch my girls this year as we explained to them why we were going to this "party".  They know that when they were born they were very tiny babies and they had to be in the hospital until they got better.  We attend this "party" every year to say thank you to all the doctors and nurses who cared for them while they were sick.  I still get choked up thinking of this conversation.  Blessed doesn't even begin to describe my family.  When I think about all the things the doctors and nurses told us could potential be wrong with my kiddos, my heart fills with gratitude to all those people who cared for my girls like they were their own.  Several of them have become lifelong friends and will always hold a special place in our hearts.

It was an absolutely gorgeous day for the reunion.  The morning was actually a little chilly and I had to hunt down some sweaters for the girls.

Here are a few pictures from our day: 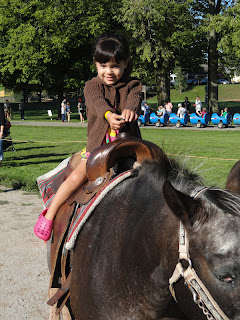 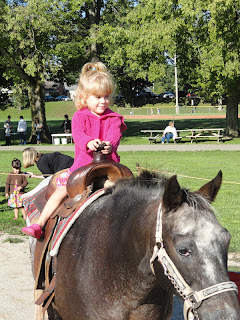 The girls were in love with the horses. 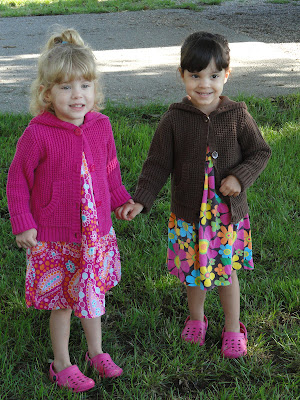 An attempt to get both of them to look at the camera at the same time. 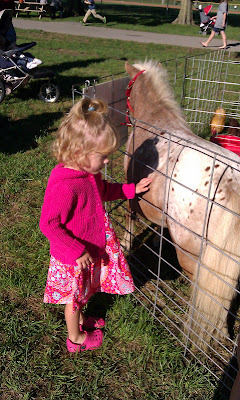 One of my favs.  Addison thinks we need to get a pony now at our house.
Alexis was more interested in playing with the bunny.  She was very concerned that the bunny didn't have any water in its bowl.  She wouldn't let us move on until someone finally got the bunny some water.  That girl has the biggest heart I tell ya! 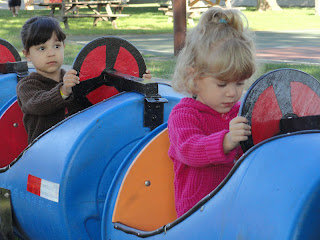 The infamous train.  This was the first year that the girls rode by themselves.  Alexis loved it.  Addison said it was very bumpy on her tush tush. 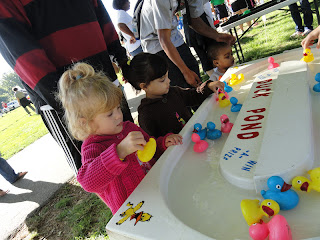 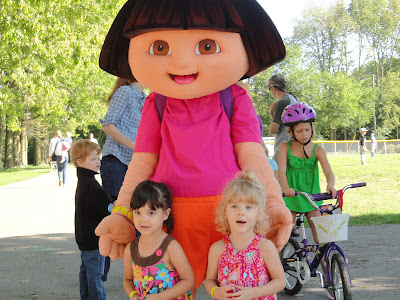 For awhile Alexis kept telling me she saw Dora.  I turned around and there she was!  The girls were so in love!  They wanted to know if Dora could come to our house. 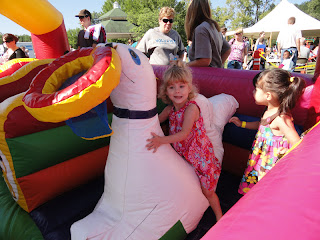 Playing in one of the 10 or so bouncy houses. 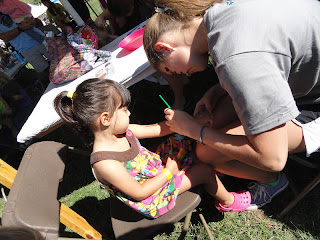 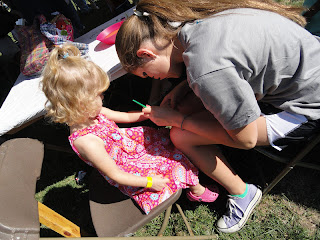 Face painting/Arm painting.  This is the first year that the girls were interested in doing this. 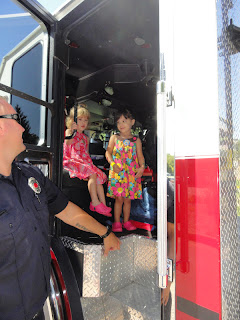 Playing inside the firetruck.  Alexis was smitten with the fireman.  She got a very thorough tour.  At the end she asked, "where are the fire hoses"?  The fireman obliged and unravelled a hose for her to see. 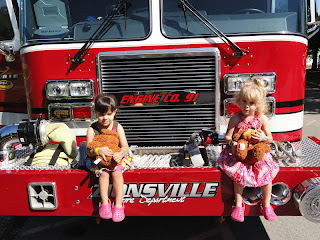 Holding their new puppies they won. 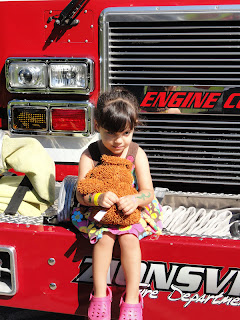 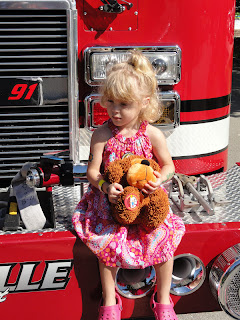 My little Sunshine!
Always a great time and this year was no different.  What a beautiful display of God's handy work!
Posted by Janet at 10:17 PM

awww looks like a great time was had by all!! I even got teary eyed reading and thinking about the girls in NICU. They are getting so big!

Bea @ The Not So Cheesy Kitchen said...

What gorgeous girls! It looks likee everyone had a great time :) ~ Bea
I am visiting from Kate's blog Party :)