The girls Ga Ga (aka Terry's mom) buys the girls the cutest pj's for all the holidays.  After we took the girls to the park tonight and gave them baths we attempted a few pictures in their St. Paddy's Day jammies.  They aren't the greatest pictures but it was the best that I could do.
The below three pictures are Alexis.  She was not having any part of holding still to pose for pictures.  When she did hold still she was more interested in chewing on her pj's then smiling for me. 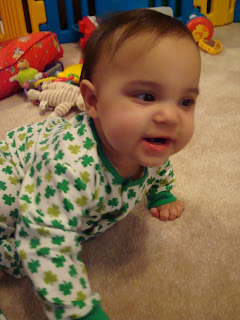 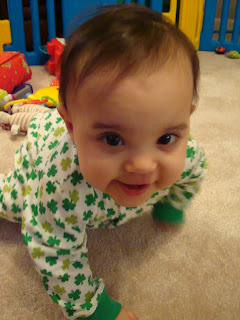 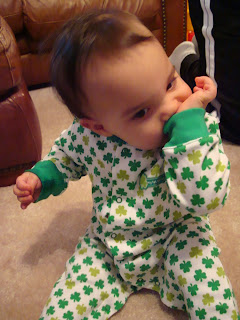 The below three pictures are Addison.  She did a little better with posing but still wasn't too excited that I was snapping pictures of her again. 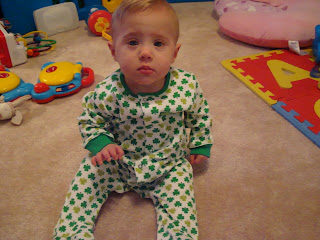 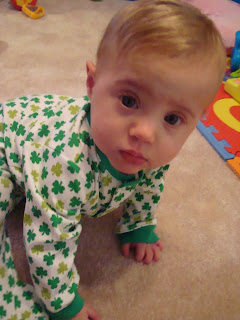 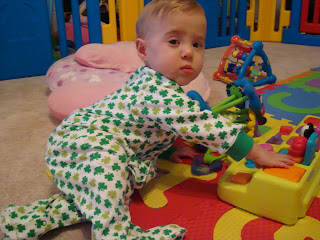 Getting a picture of the two of them together was almost impossible.  Thank goodnes for digital cameras because I literally took almost 60 pictures and these are the best two of them both together. 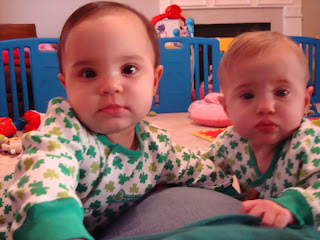 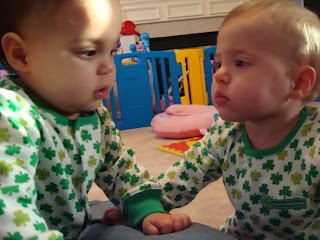 And of course I couldn't not show you the cute little tushy on their jammies... 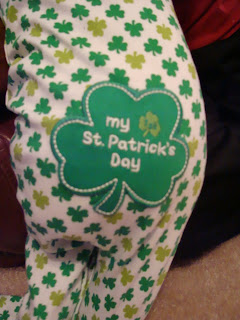 Sooo cute! And you are right about the digital camera comment. Kids are so hard to photograph (I can't imagine two at once...sheesh). I wonder how there are even any pictures of us from childhood!