I have to say, that this Easter was so much better than last year!  Our two little blessings enjoyed a great day!  Here are a bunch of pictures to prove it! 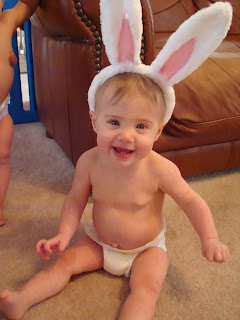 My little snuggle bunny Addison.  She loved her bunny ears! 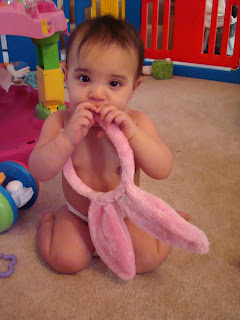 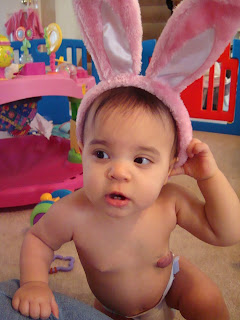 Above two pictures:  Alexis felt that the bunny ears made for a better chew toy than they did as a fashion statement.  She did not enjoy the bunny ears at all! 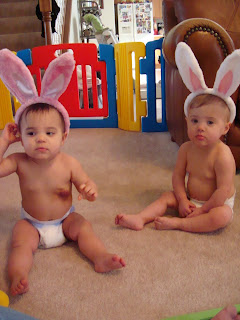 This was the best I could do at getting a picture of the two of them in their bunny ears. 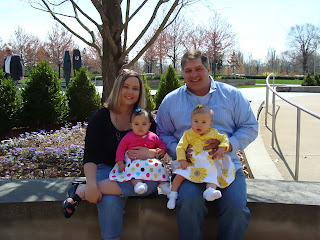 Terry's parents treated us to brunch at the Indianapolis Museum of Art.  Here is the four of us after.  I'm holding Alexis and Terry has Addison. 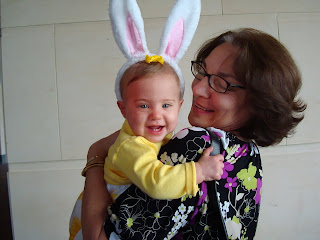 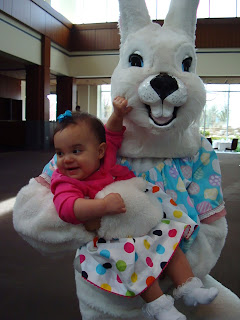 A very creepy looking Easter Bunny was also at brunch.  Alexis had a death grip on his whiskers but really didn't seem to mind him much. 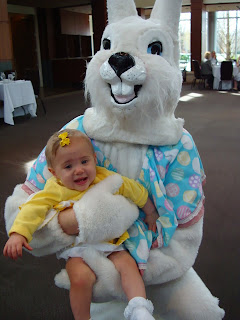 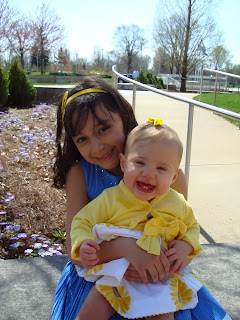 Addison loving being outside with Cousin Georgia. 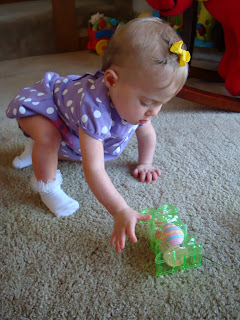 After brunch we went back to Terry's parents house for an Easter egg hunt.  Unfortunately, it had rained early this morning so the girls hunted for eggs inside.  Above:  Addison going for an egg. 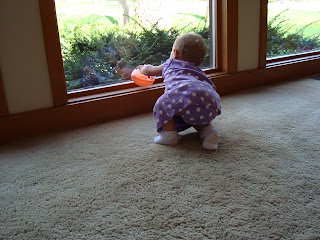 Addison thought it was fun to bang her eggs on the window.  Yes, we did change their dresses because it was a beautiful day and they were warm in their Easter dresses. 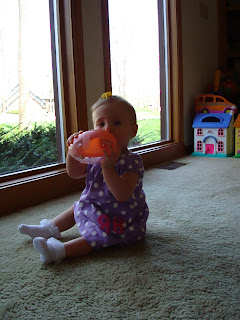 Addison trying to figure out how to get her egg open. 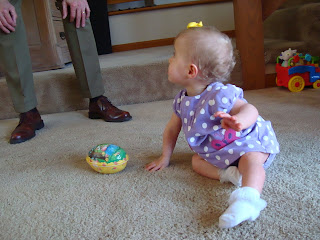 Addison listening to her Pop Pop tell her where more eggs are. 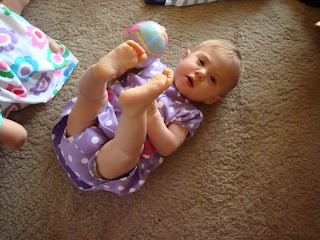 Addison rolling around on the floor with an egg. 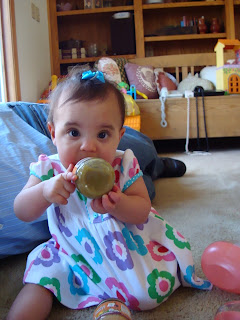 Alexis trying to sink her teeth into a jar of baby food that was in one of her large eggs. 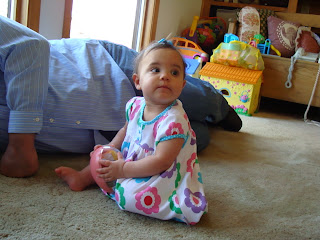 Alexis making sure no one takes her egg. 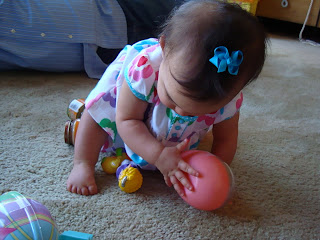 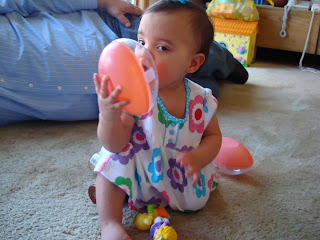 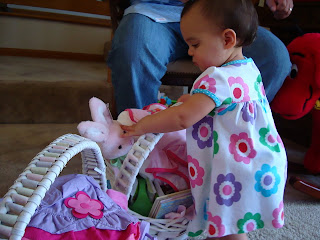 Alexis checking out her Easter basket! 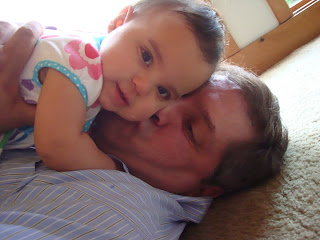 And another one of my favorites.....Terry and Alexis.  Terry's not a fan of this picture but I love it!
Hope you all had a great Easter!
Posted by Janet at 8:16 PM

I love the bunny ears! A friend at work told me she still has egg hunts for her kids (with the kids dressed in bunny ears) and both of her children are in their 20s and married! The spouses join in and they take lots of pictures - cute, huh?

I am your newest follower - I found you on UBP...Your children are adorable - I love the Easter pictures...and the St. Patricks outfits are adorable (we had a similar one for Ethan).