Terry celebrated his first birthday as a Daddy this weekend. Grandma Flanigan and Aunt Karen came out to visit the munchkins and to babysit for us so that Terry and I could relax for a little bit. Terry and I decided to go to the State Fair on Saturday to celebrate his birthday. We walked around for several hours and ate WAY TOO MUCH yummy fair food!! It was a beautiful day, barely 70 degrees and not too crowded at the fair. While we missed the kiddos, it was nice to get away for a little bit and spend some time together just the two of us.
As promised here are quite a few pictures of the girls. Adding work into my schedule hasn't left a lot of time of time for me to upload pics. Enjoy!!
Below are pictures of the girls in the Bumbo chairs. This was a new experience for both the girls. They sat in them for about 45 minutes or so before they got bored. The bumbo chairs were a gift from Terry's Aunt Linda, Great Gramma Smith and Aunt Dear. 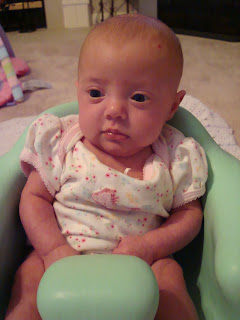 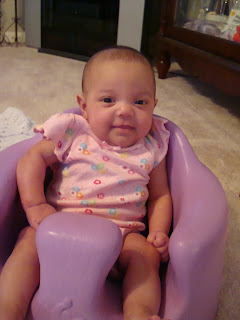 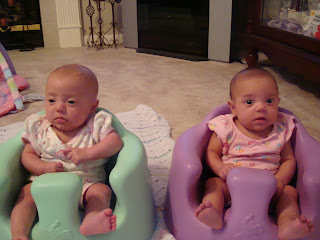 Addison on the left, Alexis on the right.
Below are two pictures of Addison just hanging out on an afghan made for the girls by my Aunt Kathy. The girls, (especially Addison) like to rub their hands on the blanket. I think it's a different texture than the fleece blankets that they are used to. 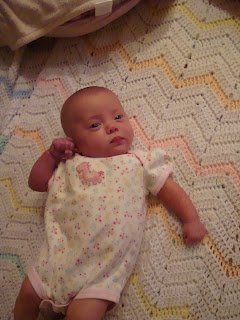 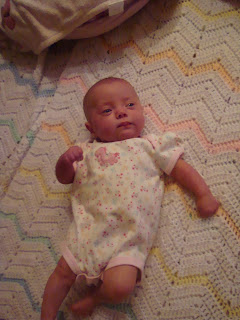 My weekly picture of the girls in their chair this week, did not go very well. Alexis did not want any part of it, therefore making Addison angry as well. In one picture it looks as if Addison is hitting Alexis. Even though the pictures did not turn out very well, I still thought I would share, as I'm sure this is one of very many fights the girls are going to have in the coming years. (by the way, the chair(s) were a gift from Grandma & Pop Pop Zehner. 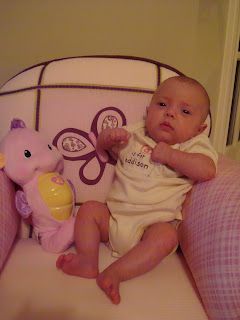 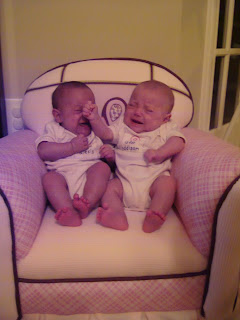 Alexis on the left and Addison is the fighter on the right. 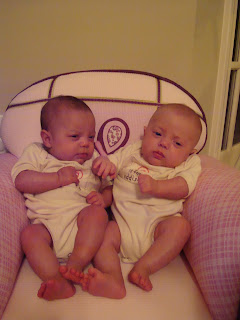 Alexis is on the left & Addison on the right.

We are always trying out new things and new ideas to keep the girls entertained. Our pediatrician told us that this is the time that their eye/hand coordination really starts to develop. So having a wide variety of toys to keep them occupied is a good idea. Terry decided to get one of the smaller walkers that we have out of the basement. Unfortunately, Addison needs to grow about another two inches before her feet will touch the ground and she will be able to use this. But of course we took pictures of her in it anyway. 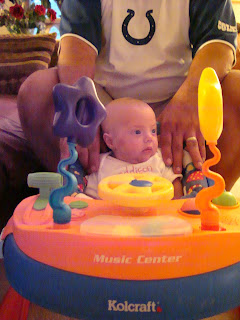 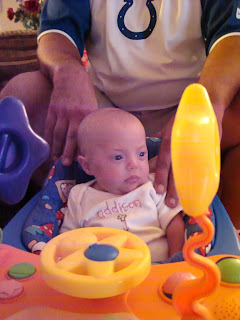 Sometimes around here feeding time can get a little hairy. Most days each girl will wait their turn to eat. Of Course that does not mean that they don't get a little fussy while waiting, but in general they will wait their turn. Some days, usually the 6:00p.m. feeding, no one wants to wait their turn, so I had to figure out how to feed them both at the same time. This is harder than it looks. Since I can only burp one at a time, sometimes this become a little difficult. But you get the general idea from these pictures. I will admit that I look awful in these pictures but I'm a Mom of two now and sometimes that leaves little time for things like showering, makeup, fixing my hair etc. etc. At this particular time, Terry, my Mom and my Sister were enjoying Terry's birthday cake. I opted not to have any and volunteered to feed the kiddos so they could all enjoy it. Seriously, after all the food we consumed at the fair that day, I couldn't even think about eating anything else!! 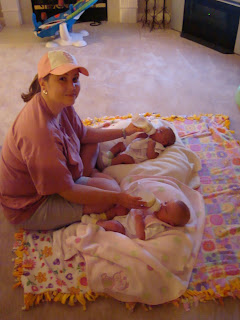 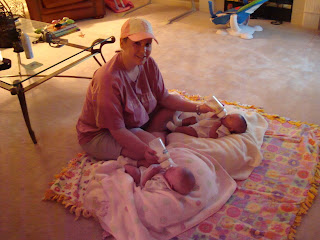 Below are just a few random pictures Terry took of the girls laying on their boppy pillows. The top two photos are Addison and the bottom five photos are Alexis. 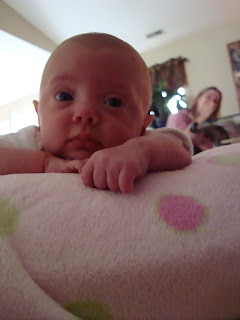 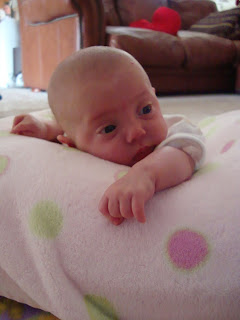 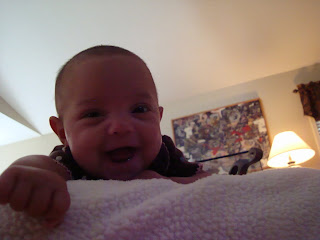 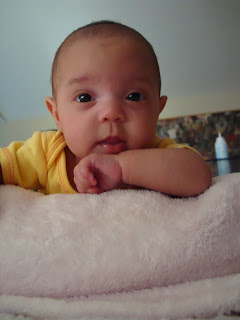 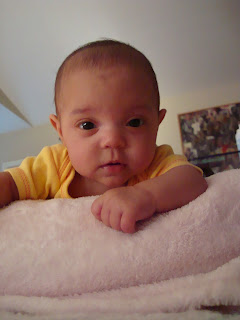 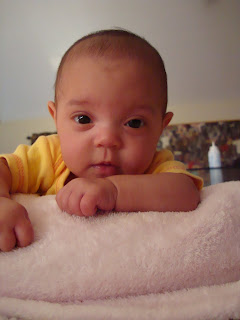 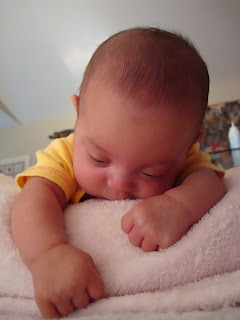 They're growing so fast! And they're both so beautiful. Great pics Janet!

I think Alexis looks like Terry. I'm still not sure about Addison. Your girls are so sweet. Keep the pictures coming whenever you can!