How is it possible that my little girls turned 8 months over the weekend?  It seems so surreal to me!  Here are some random pictures from the last month. 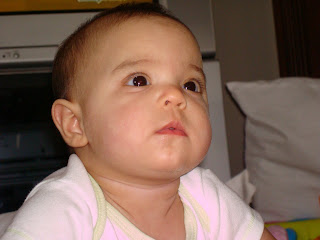 Above:  Alexis listening to her Daddy sing to her.  He's singing "Brown eyed girl". 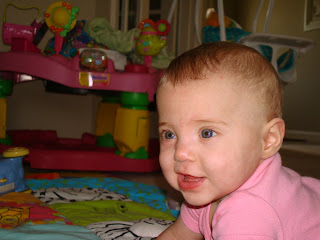 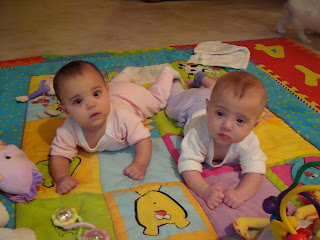 Why can't I ever get a picture where both girls are looking at the camera at the same time? 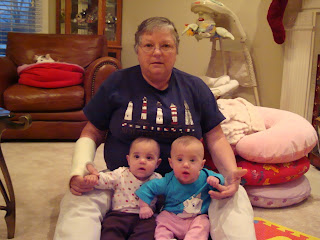 Above:  This picture was taken the Saturday after Thanksgiving.  Grandma and her girls!  Alexis left & Addison right. 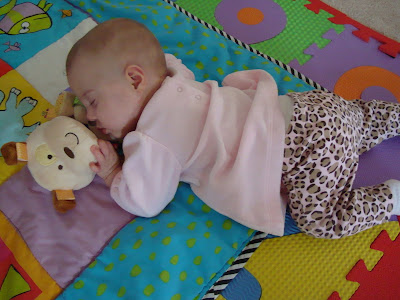 Above:  Addison played just a little too hard.  This is one of my favorite pictures of her.  It captures her true sweetness and how she loves on everything from people to her Teddy Bears. 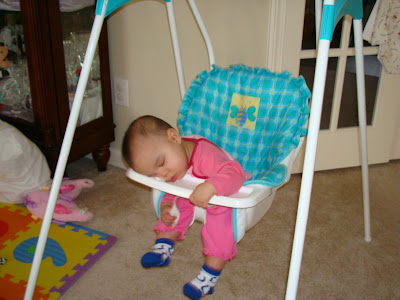 Above: Oh sweet Alexis!  Sometimes she just keeps going until she literally passes out.  One minute she will be talking and then a second later she's out like a light. 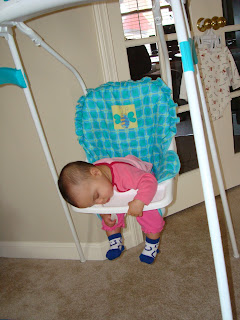 Above: Alexis in her swing again.  Poor thing slept like that for about an hour.  She woke up with a nice red mark on her face.  But she took a great nap! 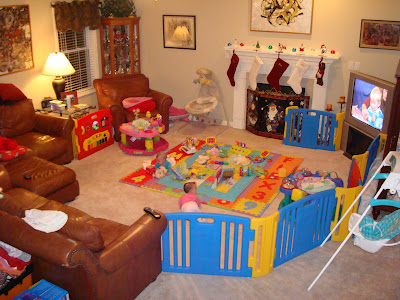 Above:  We've officially had to rope off our living room.  As the girls start crawling more and become more interested in things other than their toys, we had to find a way to "corral" them.  Right now this is what our living room looks like.  I can tell we are going to have to come up with an alternative plan soon! 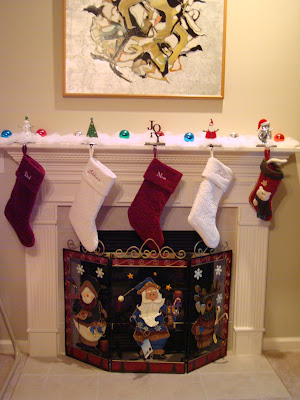 You have sweet girls! How did 8 months go by so fast???

Hmm..I think you might be right about the chimney...

Your girls are adorable. Time has really flown. Mine are 3 months already! We opted for no tree as well. We figured this might be the last year for a long time that we can get by without having one!