A little over a week ago now, on Saturday, May 11th, 2013 (still playing catch up), we took the girls downtown to the Indy 500 Festival Kids Day.  Another great event hosted by this town!  The weather started off not so great.  It was chilly and overcast and we were all in winter coats.  Boo!   But by the end of the day a long-sleeved shirt was sufficient.

I will let the picture do the explaining: 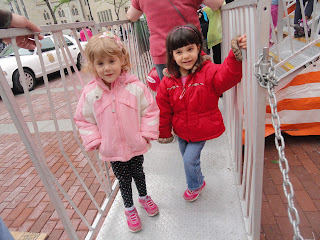 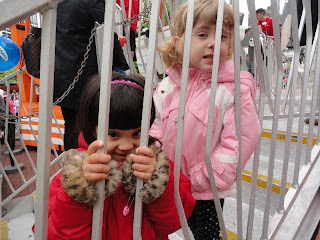 Waiting in line to ride the Ferris wheel.  Surprisingly, the girls have never been on a large Ferris wheel and were super excited about riding it. 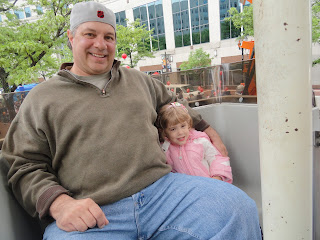 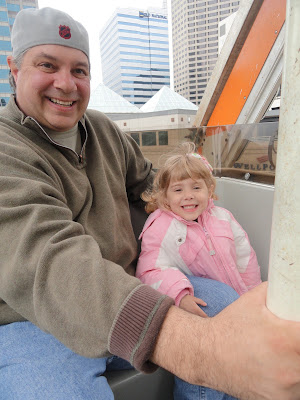 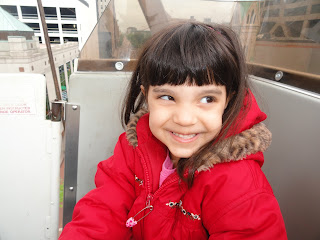 Their smiles and facial expressions during our ride were priceless!  Addison grinned from ear to ear the entire time.  Alexis thought it was pretty hysterical when we got stopped at the top. 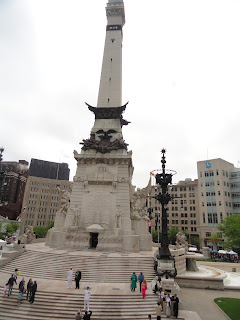 This was my attempt to get a photo of the large monument on the circle in downtown Indianapolis.  Not great, but hey, I was on a moving Ferris wheel at the time. 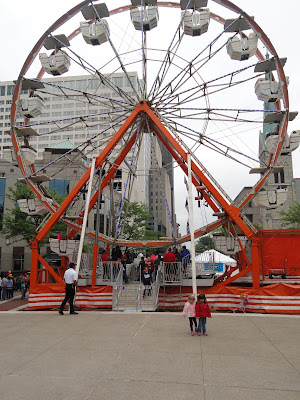 After our ride....  If you look closely, you can see my little kiddos in the bottom mid-right of the photo. 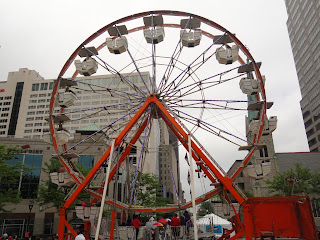 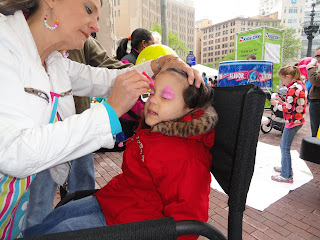 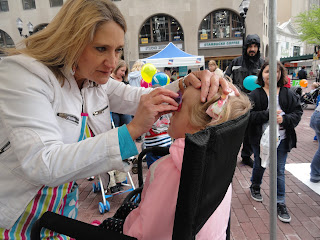 Getting their faces painted.  They were so excited to do this that they didn't mind waiting in line for over twenty minutes. 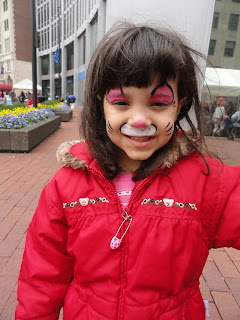 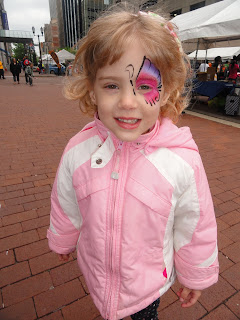 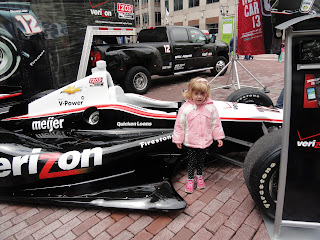 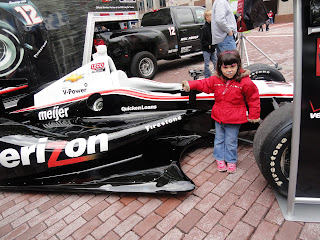 In front of an Indy car they had on display.  Alexis REALLY wanted to get into this car.  She actually got yelled at by one of the "guards" of the car.﻿ 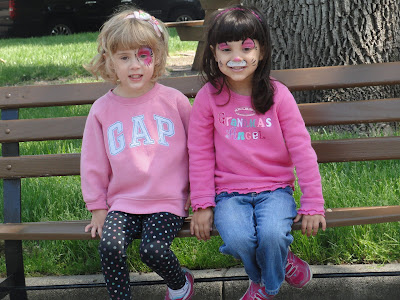 My favorite photo of the day!!  Could they be any cuter? 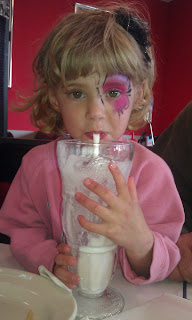 After the festival we stopped off at Steak N Shake for a little dinner.  Gotta love kids eat free!!!  Amazing how they always clean their plate when ice cream is involved!  :-)
Another great day!!
Posted by Janet at 9:30 AM